Additional study is required to further investigate the integration of FES cycling into clinical practice for management of SPMS. 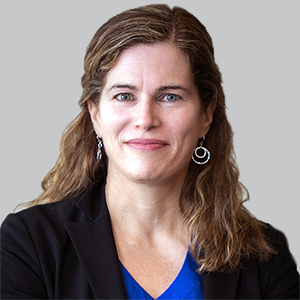 Modest improvement in some walking measures was observed when intervening with functional electrical stimulation (FES) cycling or passive cycling in patients with secondary progressive multiple sclerosis (SPMS), a recent study found. Investigators presented data at the Americas Committee for Treatment and Research in Multiple Sclerosis (ACTRIMS) Forum 2022, February 24-26, in West Palm Beach, Florida, suggesting that the integration of FES cycling into clinical practice for SPMS shows promise as a form of exercise for those with more severe disability but will require further study.1

A total of 16 patients with SPMS met inclusion criteria, and 14 patients (87.5%) completed the study. Eight patients were randomized to receive FES-assisted cycling group and 8 were randomized to the passive cycling group, with 2 participants in the passive cycling group not completing the study. Primary outcome measures were change in the Timed 25-Foot Walk (T25FW) test, with baseline score subtracted from final average values. Secondary end points were changes in the Timed Up and Go (TUG) test and the 2-Minute Walk Test.

Patients with SPMS were recruited via the Johns Hopkins MS Center between 2012 and 2019. To be included, patients were required to be between the ages of 18 and 68 years, have an Expanded Disability Status Scale score between 5.0 and 7.0, and have a stable regimen of symptomatic treatments within a month of screening. Patients in the FES-assisted group had a mean age of 57.4 years, compared with those in the passive group, who had a mean age of 52.8 years. No significant differences in demographics were observed between the groups.

Participants received either active FES or passive cycling on an RT-300 ergometer for 1 hour, 3 times a week, for 12 weeks. Those in the FES-assisted cycling arm were instructive to actively pedal while assisted by FES and the cycle motor. In this group, electrodes were attached to bilateral quadriceps, hamstrings, and glutei muscles. Those in the passive group were instructed to relax their legs and let the cycle motor move their legs.

As part of future initiatives, investigators also noted they plan to assess biospecimen samples with other measures both pre- and postintervention. These were not yet analyzed or reported in the initial data presentation.