Data Evolution in Alzheimer Disease: Is the Future Digital?

Digital biomarkers offer promise to revolutionize the diagnosis and treatment of Alzheimer disease via our increasing ability to gather active and passive data. 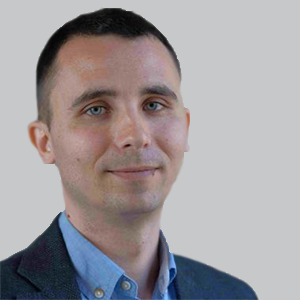 Alzheimer disease (AD) is a leading cause of disability and the fifth leading cause of death in patients age 65 or older.1 As the aging population continues to grow, the incidence of AD also increases, spurring research into innovative ways of detecting, managing, and treating the condition. Digital biomarkers, in particular, have aroused interest from researchers and manufacturers, as they have the potential to provide precise, quantifiable physiological information that can be used as diagnostic and prognostic indicators.

What Are Digital Biomarkers?

Any medical data that are objectively collected through digital technology, such as wearable devices and smartphones, are referred to as “digital biomarkers.” Given that the wearable health care device market is predicted to grow by 20% in the next 5 years,2 digital biomarker are an attractive option within the medical community.

“Although the gold standard for diagnosis is an autopsy or positron emission tomography (PET) scan, clinically validated end points for digital biomarkers are on their way,” said Graham Jones, PhD, director of innovation at Novartis. Indeed, over the past few years, much research has focused on the utility of digitally acquired data in detecting AD and predicting cognitive decline.

Based on their method of acquisition, 2 major categories of digital biomarkers are currently being employed for neurologic conditions3:

According to Mircea Balasa, MD, PhD, a neurologist at Hospital Clinic de Barcelona in Spain, innovative digital biomarkers based on cognitive testing are being devised to improve on existing neuropsychological symptom tests, making them more standardized and reliable. One such innovation is using gamified versions of standard memory tests to make it more attractive and increase patient engagement. For example, Balasa and his team have been working on validating the Altoida Neuro Motor Index device, which is based on augmented reality technology and consists of a 10-minute gamified assessment that tests a patient’s functional and cognitive aptitude.4 “At present, the Altoid device shows promise in distinguishing patients with mild cognitive impairment from controls,” Balasa told NeurologyLive.

Research has shown that AD presents with a definitive decline in sensory and motor functioning, even before cognitive decline begins.5 These deficits include general visual parameters, such as visual acuity, color perception, contrast sensitivity, and visual integration, all of which are reduced in patients with mild AD.6 Investigators have suggested that passive tests can measure the amount of fixation time on certain graphics that are repeatedly viewed, to quantify visual parameters over time.3 Both peripheral and central auditory system dysfunction occur in the prodromal stages of AD,7 and passively monitoring conversations could be one way of screening for AD. For instance, a study showed that atypical repetitions in 2 conversations that occurred on different days was a strong indicator of AD.8 Reading comprehension can also be evaluated by tracking eye movements.9

In addition, slow gait speed is a strong predictive factor for dementia and cognitive decline.10 Measurement of gait speed using an accelerometer or gyroscope sensors has the potential to improve the detection of AD. Also, touchscreen sensors can evaluate fine motor control capabilities such as typing skills, swiping, and other keystroke patterns.3 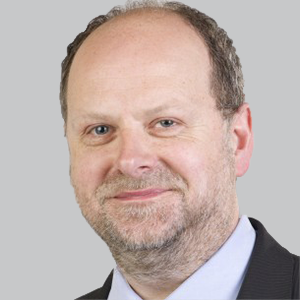 Imaging studies have shown that neuropathological lesions can develop in the autonomic nervous system (ANS) in the earliest stages of AD. “The ANS is fertile ground for diagnosis,” Jones told NeurologyLive. “The ANS impacts several factors that can be picked up by digital tools—heart rate, reflexes, and respiration, for instance.” Indeed, the earliest stages of AD have been associated with heart rate variability (HRV),11 and mobile devices with built-in electrocardiogram (ECG) capabilities, such as the Apple Watch, can be used to monitor HRV in at-risk patients.12 AD is also associated with disturbed circadian rhythms,13 so devices that have built-in ballistocardiography sensors can be used to monitor sleep patterns.3

Determining the Most Accurate Digital Biomarkers

Although investigators have studied a variety of digital biomarkers, very few have dealt with real-world, home-based evaluations. In 2019, Evidation Health set the ball rolling when they partnered with Apple and Eli Lilly and Company for a real-world study that produced around 16 terabytes of digital biomarker data. The investigators were able to establish that specific motor skills, such as reading, typing, and keystroke tasks were performed more slowly in patients who had mild cognitive impairment and dementia.14

In 2018, the United Kingdom (UK) Alzheimer’s Society and the University of Oxford’s Big Data Institute launched the GameChanger project, which employs a smartphone app called Mezurio.15 Volunteers across the UK are being recruited to complete activities each day using the app, from which the data collected will be used to study markers of healthy cognition and determine factors that would be affected by cognitive decline.

Another project in the European Union, RADAR-AD, is focused on exploring the potential of mobile technologies in measuring disability progression associated with AD,16 while the US-based Alzheimer’s Drug Discovery Foundation is supporting digital biomarker exploration through its Diagnostics Accelerator.17

"There is a very real expectation that digital biomarkers can monitor progression from prodromal to diseased states...[and] some evidence that learned behaviors—such as performing specific functions on tablets—coupled with certain exercise regimens, can delay the onset and severity of diseases like AD."
— GRAHAM JONES, PHD

Revolutionizing the Management of AD

Digital biomarkers have the potential to advance several stages of the disease process:

Wearable devices still have a long way to go before they can be reliably used for the diagnosis and management of AD. “The issue for most of these devices is clinical validation with appropriate double-blinded trials,” Jones said. For effective real-world usage, clinical validation needs to be followed by regulatory approval. The Altoida device is currently the only device-specific for AD that has FDA approval and CE marking. While the Apple Watch has FDA approval for fall detection and ECG rhythm monitoring, its AD-specific features still need validation and approval.

Actively measured biomarkers require dedicated engagement on the part of the patient, who must manually enter inputs into the recording device. Lack of interest or even beginning memory loss are some challenges that can prevent the effective use of this kind of biomarker. While passive biomarkers do not face these challenges, the large volumes of data that are acquired create the need for extensive storage systems. Analysis of this data may require complex tools and trained personnel.

In addition to these disadvantages, both kinds of data face another challenge: wearable devices record vast amounts of medical data that must remain confidential. “We need to navigate data privacy and Health Insurance Portability and Accountability Act regulations,” said Jones. Some applications such as Apple Health allow users to access their health care data directly through their own devices, which may increase the need for secure access to such data.

The Future of Digital Biomarkers For AD

In Jones’ opinion, apart from timely diagnosis, there are 2 future directions that hold promise. The first is monitoring disease progression. “There is a very real expectation that digital biomarkers can monitor progression from prodromal to diseased states,” he said, adding that cognitive performance could also be tracked digitally. Secondly, and more promising, is the possibility of actual treatment using digital tools. “There is some evidence that learned behaviors—such as performing specific functions on tablets—coupled with certain exercise regimens, can delay the onset and severity of diseases like AD,” he said. Of course, these digital forms of treatment need sound exploration and validation before they become a reality. 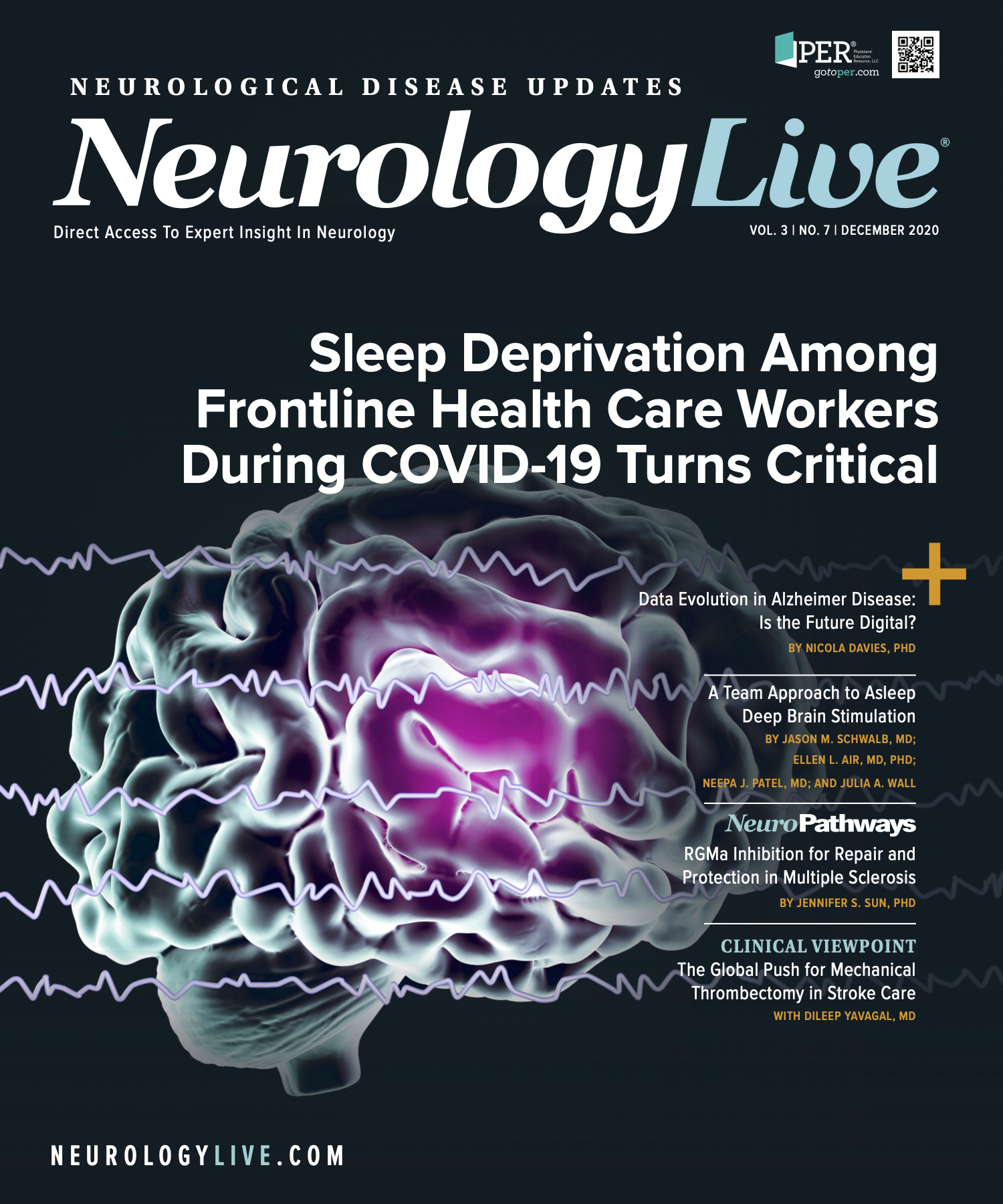