The Global Push for Mechanical Thrombectomy in Stroke Care

Increasing the use and accessibility of mechanical thrombectomy may reduce the burden of stroke on a global scale. 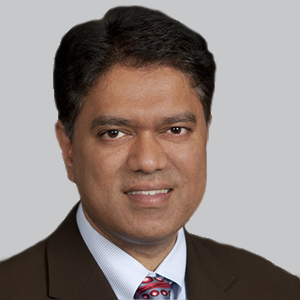 In the last decade, mechanical thrombectomy has proven to be an efficacious and cost-effective approach to treating stroke.1,2 Despite this, its use has been relatively limited on a global scale.

As such, members of the Society of Vascular and Interventional Neurology’s (SVIN) global initiative, Mission Thrombectomy 2020+ (MT2020+), recently published a white paper calling for a push to increase awareness, accessibility, and action for mechanical thrombectomy for patients with stroke worldwide.3,4 The SVIN group ultimately called for 2 primary goals to be achieved: first, the implementation of public health interventions to double global access to mechanical thrombectomy treatments every 2 years for the next decade, and second, to perform 202,000 procedures worldwide by the end of 2020.

To better understand the goals of the initiative and need for increased use of this treatment, NeurologyLive® spoke with the chair of MT2020+, Dileep Yavagal, MD, professor of clinical neurology at the University of Miami and past president of SVIN.

NeurologyLive: What prompted the initiation of MT2020+?

In 2015, mechanical thrombectomy, as a surgical treatment for stroke, became standard of care for large vessel occlusion (LVO) stroke. This is the most severe form of stroke, where a large artery in the brain gets suddenly blocked by a clot that either comes from the heart or diseased arteries in the neck, sometimes the arch of the aorta, and results in significant disability, like loss of speech or loss of movement on one side of the body. The standard-of-care approval of this treatment really was a major step forward, not just in stroke, but all of medicine. The reason being that LVO stroke, as we know, accounts for anywhere from 15% to as high as 30% of all strokes, and its contribution to long-term disability burden and death is much higher. Of all stroke-related long-term disability and death, LVO stroke [accounts for] almost three-fifths of that burden. There’s a disproportionate contribution because of how severe these strokes are, and the fact that we now have a treatment that’s overwhelmingly powerful in reversing this is a major, aptly called revolution that has occurred.

When this happened in 2015, we started to think about the implementation and dissemination of this treatment, not just all over the United States, but also globally. In researching that, I realized that the burden of stroke is actually disproportionately higher in low- and middle-income countries, [which] shoulder 80% of all stroke burden, whereas the high-income countries only have about 20% of all stroke. There are about 13.6 million strokes per year, and the vast majority of them are in under-resourced areas. To get mechanical thrombectomy to make a dent in the global stroke burden, we would really have to get this therapy to be available worldwide.

The therapy is effective up to 24 hours after stroke symptoms, so it has to be accessed very urgently. In the early period, it’s very time-sensitive. The earlier you get this treatment, the better the outcomes. That’s putting 2 types of burden on accessing this care. It has to be available widely, but also in a geographically distributed manner so that patients can get it quickly. It’s not a therapy that affords itself to being centralized.

Is mechanical thrombectomy used widely enough in clinical practice where it is available?

It has actually increased quite rapidly, especially in the high-income countries, because it’s so overwhelmingly effective. Almost 50% of treated patients are completely independent at 3 months, which is very powerful compared to any therapy in medicine. But having said that, that rate of exponential increase still leaves a vast gap even in the US. In 2019, the estimate of thrombectomies was right below 40,000, whereas the number of patients who could benefit from thrombectomy was between 200,000 and 350,000. That gap is 5 times wider, or even more, in the low- and middle-income countries. So, while it’s widely practiced, while it’s increasing, the initial baseline gap is so high that even our metric of doubling the rate of thrombectomies every 2 years in a given region could only get us to fill 50% of the gap—we estimate in about 10 to 15 years. But if we didn’t even do public health interventions, it would probably be 30 or 40 years before we get to about 50% or 60% access. The rate is increasing, but it’s not fast enough.

"There are about 13.6 million strokes per year, and the vast majority of them are in under-resourced areas. To get mechanical thrombectomy to make a dent on the global stroke burden, we would really have to get this therapy to be available worldwide."
— DILEEP YAVAGAL, MD

What factors affect the greater adoption of this more rapidly?

Because of the time-sensitivity and the fact that you need to have a center that’s ready to do this 24/7, this treatment needs a system of care to be in place in a given community. So that places an additional system burden on a community. For something like, let’s say, the treatment of pneumonia, it doesn’t need a system. Because first of all, it’s widely known. Everybody knows it, the antibiotics are widely available, and there is time. You don’t have only 24 hours. You can access it. Then, let’s say that the pneumonia is very complicated. You can transfer to a [more specialized] center. For a condition like LVO stroke, it’s like a cardiac arrest, but of a part of the brain. If you don’t do CPR very quickly, you’re losing that part of the brain. So that need for a system to be in place is such a huge step, that unless this is proactively pursued by communities and by stakeholders, it’s going take a long time to just by itself fall in place.

Is education about mechanical thrombectomy a challenge?

Absolutely. The education around the fact that LVO stroke should be recognized in the field and triaged to the right center is one big educational gap. That’s a prehospital system gap that needs to be addressed in a big way. The US is a vast country, and certainly, globally, we have a lot of area to cover. The second big gap is this understanding that a fair number of resources and thought need to be put into building a strong system of care in our community, and in a hospital, to really make this happen to get the best outcomes. Those are the 2 educational pieces: one is prehospital, and one is the clinicians themselves.

Public health interventions are the approach that MT2020+ is using to achieve our goals. By that what we mean is using upstream strategies—going from a big picture approach, rather than going hospital by hospital, because the efficiency of public health interventions is much higher in increasing access suddenly. Things need to happen from the ground up also, but the health policymakers really need to be fully educated about the benefit of thrombectomy and thrombectomy systems.

The second public health intervention that has a common application is prehospital personnel education of recognizing LVOs. There are very standardized scales now, and the need to bring the patient as rapidly as possible to a thrombectomy center is apparent. The third is certification. To bring someone to a thrombectomy center, that thrombectomy center has to be recognized as such, and without certification, it’s a hit or miss. It’s not publicly known, especially at 3AM when a stroke happens, where to take the patient. I would say there are probably about 10 very intense public health interventions that have an impact. These are the top 3 that I’ve mentioned. But the way we are doing it is we have created regional committees that are headed by a stroke neurologist and an interventionist in 82 regions in the world already. Those regional committees can actually decide what are the top 3 or 4 interventions that will make the most impact in a given year. For example, in low- and middle-income countries, reimbursement for these procedures and having no barrier for a concentration of reimbursement when the [need arises] are big public health interventions that need to be put in place, with either public system funding or some other mechanism of payment. The public interventions vary from region to region in terms of the most impact, but these would be examples of what is being perceived by MT2020+ as effective for any community around the globe.

The US is a leader in mechanical thrombectomy research and implementation, and this is a great opportunity to influence global health in a manner that could affect millions of people. The prevalence of stroke was estimated in 2017 to be over 100 million people. It’s a big burden that the US could influence as a leader by sharing best practices and influencing public policy, not just here, but around the world.