Despite the clinical benefit being limited, the slowing of pantothenate kinase-associated neurodegeneration disease progression&mdash;particularly in atypical cases&mdash;is a step toward developing a treatment for the orphan disease. 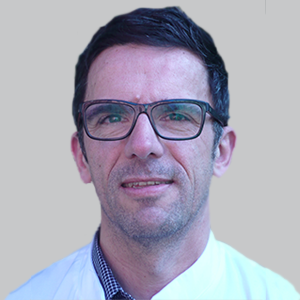 Results of a new randomized clinical trial have shown that deferiprone is well tolerated and, while not significantly, slows pantothenate kinase-associated neurodegeneration (PKAN) disease progression at 18 months.1

Over the first 9 months of the study, which included 88 patients with the rare genetic disorder, there was no significant difference between the placebo (n = 30) and deferiprone (n = 58) groups, though the subset of patients with atypical PKAN had almost 50% the rate of disease progression as the placebo group (P = .019). Overall, there were differences in Barry-Albright Dystonia (BAD) scale score between placebo and the iron chelator for all PKAN patients (P = .076) as well as those with classical PKAN (P = .570), though neither were significant.

"Although the clinical benefit for PKAN patients was quite limited, any slowing of disease progression in this devastating disorder is an important step," lead author Thomas Klopstock, MD, professor, neurology, Friedrich-Baur-Institute, University of Munich, said in a statement.2 "Moreover, our study provides much insight into the natural history of PKAN which helps to shape the design of future trials in this ultra-orphan disease.”

To determine whether or not deferiprone could reduce brain iron and slow disease progression, the randomized, double-blind, placebo-controlled trial randomly allocated, at a 2:1 ratio, patients to receive either an oral solution of 30 mg/kg per day divided into 2 equal doses of deferiprone or placebo for the study period of 18 months. In total, 76 patients completed the study.

When comparing changes in Patient Global Impression of Improvement (PGI-I) scale scores, there was no subjective change detected. Mean PGI-I scores at month 18 were 4.6 points (SE, 0.3) and 4.7 points (SE, 0.4) for those in the deferiprone and placebo groups, respectively (P = .728).

Following the 18-month randomized portion of the trial, the TIRCON-Extension, an additional 18-month, open-label extension study in patients with PKAN was conducted. In the extension, the deferiprone group displayed a similar rate of disease progression, with BAD scale scores of 1.9 points (SE, 0.5) in the first 18 months maintained to 1.4 points (SE, 0.4) in the extension period (P = .268). For those who switched to the treatment from placebo, there was some slowing of disease progression from the first 18 months (4.4 points [SE, 1.1]) to the second (1.4 points [SE, 0.9]; P = .021).

Similar to the randomized period, there was no detectable change in the PGI-I scale scores, with mean scores of 4.1 points (SE, 0.2) in the deferiprone group and of 4.7 points (SE, 0.3) in the placebo-switch group.

As for safety, the treatment was well-tolerated, with anemia, observed in 12 (21%) of 58 patients in the deferiprone group but none in the placebo group, being the only adverse event (AE) which was different between the groups. No patient discontinued treatment due to anemia, though 3 discontinued because of moderate neutropenia.

Additionally, there was 1 death in each group of the extension study, both of which were secondary to aspiration. Neither death was considered related to deferiprone use.

PKAN, which is characterized by progressive generalized dystonia and brain iron accumulation, was formerly called Hallervorden-Spatz syndrome. PKAN is the most common type of the neurodegeneration with brain iron accumulation (NBIA) disorder group. It’s most severe in infancy but is still debilitating for adult patients, although deterioration occurs more slowly. When severe, PKAN can result in muteness, an inability to eat or control muscle twisting and contractions, as well as, ultimately, a loss of the ability to breathe.3