DOAC Treatment a Reasonable Alternative to Warfarin for Patients With CVT

When compared with warfarin, treatment with DOACs was associated with a favorable safety profile, as well as similar clinical and radiographic outcomes in patients with cerebral venous thrombosis. 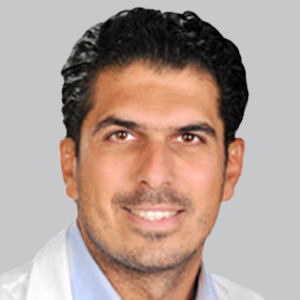 Data presented at the 2022 International Stroke Conference (ISC), February 9-11, in New Orleans , Louisiana, suggest that use of direct oral anticoagulant (DOAC) medications may be a viable alternative to warfarin for patients with cerebral venous thrombosis (CVT). The international, retrospective analysis, ACTION-CVT, found that DOACs had similar clinical and radiographic efficacy when compared with warfarin, in addition to an improved safety profile.1

Between Jan 1, 2015, and Dec 31, 2020, investigators, led by Shadi Yaghi, MD, associate professor of neurology, and division chief, vascular neurology, the Warren Alpert Medical School, Brown University, in Providence, Rhode Island; and codirector, comprehensive stroke center, Rhode Island Hospital in Providence, evaluated medical records from 1025 patients treated for CVT at 27 centers across the US, Europe, and New Zealand. A total of 845 patients met inclusion criteria, with a mean age of 45 years. Of the included patients, 33.0% received DOAC only, 51.8% received warfarin only, and 15.1% received both treatments at different times.

Within the study cohort, there were 5.68 incidences of recurrent venous thrombosis, 3.77 major hemorrhages, and 1.84 deaths per 100 patient-years during the median follow-up period of 345 days (IQR, 140-720). For the 525 patients who met the inclusion criteria for recanalization analysis, 37% had complete recanalization, 48% had partial, and 15% had no recanalization.

The occurrence of brain blessed per 100 patient-years was lower among patients treated with DOACs, at 1.52, when compared with those treated with warfarin, as 3.51. There was a similar amount of major bleeding outside the brain for those prescribed DOACs, at 0.91, and those who were prescribed warfarin, at 1.15.2

“These findings using real-world data suggest that direct oral anticoagulants are equally as effective as warfarin in reducing the chance of recurrent blood clots and increasing the chance of recanalization (dissolving of the clot either completely or partially leading to opening of the vein), and they have a lower risk of major bleeding,” Yaghi said in a statement.2 “For treating CVT patients, both DOACS and warfarin are reasonable options, particularly since even with warfarin, the risk of bleeding is rather low.”

Patients were excluded if they had active cancer, if they had known history of antiphospholipid antibody syndrome, or if they were pregnant. Investigators were prompted to initiate the study after a small, randomized control trial and observational studies suggested that DOACs may be as effective as warfarin for this patient population.

The study was limited due to its retrospective design, the nonblinded outcome adjudication, and residual treatment by indication bias. According to Yaghi et al, future research in the form of ongoing large prospective studies or randomized control trials is needed to confirm the present findings.