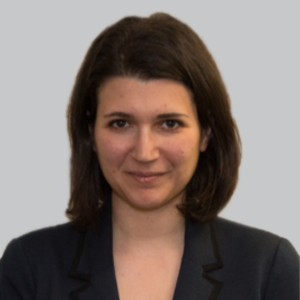 Disease-modifying therapy (DMT) is being prescribed to patients with radiologically isolated syndrome (RIS), often a precursor for multiple sclerosis (MS), at higher rates than previously seen, according to the findings of a recent study.

The investigators found that physicians were prescribing DMT for reasons such as newly gadolinium-enhancing lesions (n = 13; 65%). Other reasons included clinical suspicion for a high risk of conversion to MS, (n = 6; 30%), and/or a high burden of CNS demyelinating disease on MRI (n = 4; 20%).

These findings were presented at the Americas Committee for Treatment and Research in Multiple Sclerosis (ACTRIMS) Forum 2021, February 25-27, by Ilena George, MD, neurologist, Massachusetts General Hospital. NeurologyLive spoke with George to learn more about the associations between early DMT prescription and conversion to clinically definite MS.

NeurologyLive: Could you give us an overview of the study?

Ilena George, MD: What we did was look in EPIC, our electronic medical record system (EMR), which has a functionality where you can query for specific search phrases, or diagnoses or other things. We looked at anyone in the EMR who had a diagnosis of RIS. We found a total of 89 people who met our criteria. We found that we had a surprisingly high number of people who are treated with DMT. So, RIS is essentially someone who comes in who has a magnetic resonance imaging (MRI) for something other than MS and is found to have lesions that are consistent with MS, but without those clinical phenotypes that would lead to an actual diagnosis.

There's a very large cohort of about 450 people from the RS Consortium. That's where we get most of our data on risk factors and things like that. They've recently published their 10 year follow up study. We were interested in seeing if we could replicate their findings in our cohort, since it was a single center cohort, and relatively large compared to some of the other information that's available. And what we found was, we actually had very few clinical conversions to MS. Only 16, out of our 89 patients, converted. So, that was that was relatively low compared to what else has been published. But we did find that a surprisingly high number of people, 29%, were treated with DMT, which probably did change the likelihood that people were going to convert to clinically definite disease.

What we presented at ACTRIMS was the rationale behind initiation of DMT, which for the most part, and the majority of the subjects who were treated, was for changes on MRI over time. Other rationales included a high burden of disease on MRI and or a perception that they were high risk for conversion to clinically definite MS. We also documented just the different DMTs that patients were being given. For the most part, that was either glatiramer acetate or dimethyl fumarate or teriflunomide. But there was a range of choices.

Why do you think that the prevalence of early DMT prescription has been increasing compared to previous years and literature?

I think that at least in our study, the knowledge that there are clinical trials looking at starting DMTs in RIS with the ARISE trial, and the TERRIS trial, whose results are forthcoming, knowing that there is this phenomenon, knowing that there is a risk of conversion of 30% in 5 years, and with the new data that's come out from the RIS Consortium, 50%, at 10 years, informs prescription. Knowing that there might be a chance of stopping someone from ever really developing MS, I think is very attractive to clinicians in general. And when you see someone who's relatively young, with risk factors, you want to try to give them the best opportunity for the best outcome possible. So, I think those are some reasons.