Among those on early highly-effective treatments, shorter disease duration and shorter time between first treatment and current treatment led to more patients achieving no evidence of disease activity. 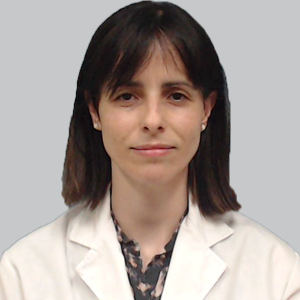 Using a cohort of patients with highly active multiple sclerosis (MS), investigators found no difference between the association of achieving no evidence of disease activity (NEDA) status and type of highly effective therapy (HET); however, those who started a HET early, as well as those who chose HET over moderate-efficacy therapies, had a significantly higher probability of achieving NEDA-3 at 2 years.1

The study, presented at the 38th Congress of the European Committee for Treatment and Research in Multiple Sclerosis (ECTRIMS), October 26-28, in Amsterdam, Netherlands, investigated the proportion of patients achieving NEDA-3 at 1 and 2 years, and their association with therapeutic strategy and type of treatment. A total of 323 adults who had a presence of at least 1 clinical relapse in the previous 12 months and at least 1 of the highly active MS risk factors met inclusion criteria for the study.

At both year 1 and 2, treatment with EHE was superior to ES therapy on achieving NEDA status (P <.01). While 78.51% of the cohort achieved NEDA at year 1, 85.82% of those achieved the same status while on EHE. Similarly, 68.12% of the entire cohort achieved NEDA at year 2 compared with 83.21% of those on EHE. There were no significant differences between those who achieved this status vs those with evidence of disease activity in demographic characteristics or clinical history of the disease.

Ocrelizumab Shows No Effect on Pregnancy and Infant Outcomes

Among those who received EHE treatment, patients with shorter disease duration and shorter time between first treatment and current treatment achieved significantly more NEDA (P <.01; P = .01; and P <.01, respectively). Additionally, the adjusted odds ratio of achieving NEDA-3 status at year 2 in patients who received EHE treatment was 5.58 (95% CI, 2.08-16.29) compared with patients on ES therapy. No associations were found between NEDA-3 at 1 year and EHE, as well as between the type of HET (monoclonal antibodies or cladribine) and NEDA-3 at 1 or 2 years.