The treatment, marketed as Xywav, becomes the first treatment indicated for both cataplexy and excessive daytime sleepiness in people living with narcolepsy in 15 years. 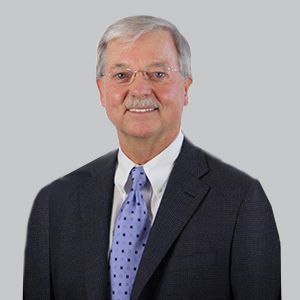 Jazz Pharmaceuticals has announced that the FDA has approved JZP-258 (Xywav) oral solution for the treatment of cataplexy or excessive daytime sleepiness (EDS) in patients 7 years of age or older with narcolepsy.1

The basis of the approval comes from data showing that the drug demonstrated statistically significant differences (P <.0001) in the weekly number of cataplexy attacks and Epworth Sleepiness Scale scores compared to placebo in a phase 3 double-blind, placebo-controlled, randomized-withdrawal, multicenter study.

In March, the FDA accepted the new drug application (NDA) for JZP-258 for the treatment of cataplexy and excessive daytime sleepiness in those 7 years and older with narcolepsy. The oxybate product contains a unique composition of cations resulting in 92% less sodium, or approximately 1000 to 1500 mg/night, than sodium oxybate (Xyrem; Jazz), the only currently approved agent for this indication.2

In March, Robert Iannone, MD, MSCE, executive vice president, research and development, Jazz Pharmaceuticals, told NeurologyLive that while the physician community is “well aware” of the advantages this formulation would offer patients, the company will continue to communicate about the drug with those treating patients with sleep disorders.

“We feel given that the significant reduction in sodium with JZP-258, it will be a better and safer choice for all patients with narcolepsy, and will be more in line with what I would say is very broad accepted guidance around reducing sodium intake that comes from organizations such as the American Heart Association, or even the FDA,” Iannone said. “In those guidelines, the ideal total sodium intake for a day is set at 1500 mg, which could be exceeded just based on Xyrem alone. JZP-258 reduces, depending on the dose, the amount of sodium intake by between 1 g and 1.5 g daily.”

There are multiple dosing options available for adults and pediatric patients, including a titration option that splits JZP-258 into unequal doses taken over the course of the night. When patients start on JZP-258 after sodium oxybate, the treatment is initiation at the same dose and regimen as sodium oxybate and titrated as needed based on efficacy and tolerability. Jazz Pharmaceuticals noted that it plans on launching Xywav by the end of the year following REMS implementation. The treatment does not carry warnings about sodium content but does include safety risks for those under the drug.

Designated as a Schedule III medicine, JZP-258 also contains a boxed warning as a central nervous system depressant and for its potential for abuse and misuse. Therefore, the treatment is only available through a restricted program under a Risk Evaluation and Mitigation Strategy (REMS) called the Xywav and Xyrem REMS Program.

Gamma hydroxybutyrate (GHB) is the active ingredient of Xywav and abuse of illegal GHB alone or with other drugs can cause serious side effects. Among them include seizures, trouble breathing, changes in alertness, coma, and death.

Jazz Pharmaceuticals noted in its release that it has been at the forefront of narcolepsy treatments within the current pipeline. Last year, in March, the FDA approved another of its products, solriamfetol, marketed as Sunosi, for the treatment of excessive daytime sleepiness in adults with narcolepsy or obstructive sleep apnea.3 The dual-acting dopamine and norepinephrine reuptake inhibitor was approved for narcolepsy in once-daily 75 mg and 150 mg doses, and in obstructive sleep apnea in once-daily 37.5 mg, 75 mg, and 150 mg doses.