In the letter, the FDA specifically required that Eli Lilly provide data from at least 100 patients who received a minimum of 12 months of continuous treatment with donanemab. 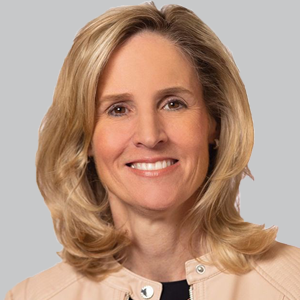 The FDA issued a complete response letter to Eli Lilly for its investigational antiamyloid therapy donanemab, a humanized IgG1 monoclonal antibody, for the treatment of symptomatic Alzheimer disease (AD). A lack of participants who received continuous treatment with donanemab for at least 12 months was the reason for the decision, with no other noted concerns.1

In its response letter, the FDA requested the company provide data from at least 100 patients who have received a minimum of 12 months of continuous treatment with donanemab. The phase 2 TRAILBLAZER-ALZ study (NCT03367403), which served as the basis for the biologics license application of donanemab, included more than 100 patients; however, it was designed so that patients would complete the treatment course once they reached a predefined level of amyloid plaque clearance.

"We look forward to our upcoming confirmatory TRAILBLAZER-ALZ 2 phase 3 results and subsequent FDA submission, which we've always seen as the most impactful next steps for patients," Anne White, executive vice president and president of Lilly Neuroscience, Eli Lilly, said in a statement.1 "We anticipate this study will confirm the benefit and safety profile we observed in the TRAILBLAZER-ALZ phase 2 study and believe that patients and physicians will be well served by having the full phase 3 data available alongside our phase 2 data when they need to make treatment decisions."

Because patients met the goal and subsequently stopped dosing as early as 6 months in, less than 100 patients ended up receiving at least 12 months of the therapy. The FDA indicated that the data to meet the exposure expectation would likely need to include the unblinded controlled safety data from TRAILBLAZER-ALZ 2 (NCT04437511) upon completion.

Eli Lilly began recruiting for TRAILBLAZER-ALZ 2 in October 2020 initially as a phase 2 study of 500 individuals with early AD, with inclusion criteria similar to TRAILBLAZER-ALZ. Subsequently, the company enlarged the trial to become a phase 3 registration study with 1800 participants, with primary efficacy determined in 1000 patients whose tau burden is below the cutoff of 1.46 standardized uptake value ratio. The ongoing trial, expected to run through early 2024, uses the Integrated Alzheimer's Disease Rating Scale (iADRS) as the primary outcome, and effectiveness is being judged using a disease-progression model, rather than solely on change at the final time point. Results are expected in the fall of this year. "We are committed to working with the FDA to ensure the fastest possible path to bring this potential medicine to patients in need," White added.1

POLL: Did the FDA make the correct decision on Eli Lilly's donanemab?

In January 2021, Eli Lilly announced results from TRAILBLAZER-ALZ, in which compared with placebo, patients treated with donanemab declined 32% slower on the iDRS.2 In the trial, donanemab reduced amyloid plaque by an average of 78%, or an 84-centiloid reduction at 76 weeks compared with a baseline of 108 centiloids. Amyloid-related imaging abnormalities (ARIA), and specifically ARIA-edema (ARIA-E), occurred in 27% of patients treated with donanemab, 6% of which were symptomatic cases.

Published in the New England Journal of Medicine in March 2021, data from the study also showed better composite scores for cognition and ability to perform activities of daily living after 76 weeks of treatment with donanemab compared with placebo.3,4 The treatment group’s scores on the iADRS declined by 6.86 points, while the placebo group's scores declined by 10.06 (difference, 3.20; 95% CI, 0.12 - 6.27; P = .04). At baseline, the iADRS score was 106 in both the donanemab (n = 131) and placebo (n = 126; 1 participant was excluded from the modified intent-to-treat population) groups.

"This drug did what it was intended to do – remove amyloid plaques in the brain – and because of the trial’s innovative design, treatment was halted for patients once the biomarker PET scans confirmed the plaques were gone. In some cases, this occurred in less than 12 months, which is why fewer patients stayed on the drug for a full year," Howard Fillit, MD, cofounder and chief science officer, Alzheimer's Drug Discovery Foundation (ADDF), said in a statement.5 "The ADDF applauds the design of the TRAILBLAZER-ALZ trial, which is a mark of great progress in the Alzheimer’s field, promising more treatments to come. We look forward to reviewing the phase 3 data later this year."

Presented at the 2022 Clinical Trials on Alzheimer's Disease (CTAD) conference, findings from TRAILBLAZER-ALZ 4 (NCT05108922), a phase 3 head-to-head trial between donanemab and aducanumab, showed that donanemab outperformed aducanumab in terms of amyloid clearance.6 Using flortaucipir F18 PET scans, 37.9% of donanemab-treated participants achieved amyloid clearance at 6 months compared with 1.6% of those on aducanumab (P <.001).

ARIA incidence, in the phase 3 trial, was similar between the 2 treated groups. In total, 21.1% of those on donanemab experienced ARIA-E, with 2.8% experiencing symptomatic ARIA-E. In the aducanumab group, ARIA-E incidence was 23.2%, with 4.3% experiencing symptomatic ARIA-E. Furthermore, the incidence of ARIA-hemorrhage was 19.7% and 17.4% in the donanemab and aducanumab groups, respectively. In total, 62% of donanemab-treated participants experienced an adverse event, with no serious AEs reported because of ARIA. In comparison, 66.7% of those on aducanumab experienced AEs, with 1.4% of patients having serious AE due to ARIA. Notably, infusion-related reactions were slightly higher in the donanemab group (7.0% vs 2.9%).6

Fillit added, "Amyloid-clearing drugs, such as these, are one part of the solution, but there remains a pressing need to develop a new generation of drugs targeting all aspects of the biology of aging that can be combined to address the full array of underlying pathologies that contribute to the disease."5