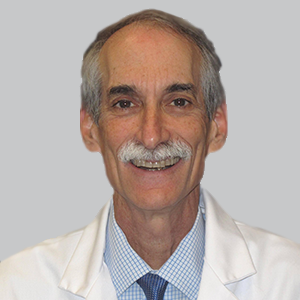 In the first ever head-to-head study between donanemab (Eli Lily), an investigational antibody therapy, and aducanumab, a recently approved medication for patients with early Alzheimer disease (AD), findings showed that donanemab outperformed aducanumab in terms of amyloid clearance.1

The findings, presented at the 2022 Clinical Trials on Alzheimer Disease (CTAD) conference, held November 29 to December 2, in San Francisco, California, were from the pivotal phase 3 TRAILBLAZER-ALZ 4 study (NCT05108922). Using flortaucipir F18 PET scans, 37.9% of donanemab-treated participants achieved amyloid clearance at 6 months compared with 1.6% of those on aducanumab (P <.001). The safety profiles of each therapy, including the incidence of amyloid-related imaging abnormalities (ARIA), were similar.

Aducanumab, an anti-amyloid therapy, made history in 2021, making it the first novel approval for the neurodegenerative condition since 2003. Under the accelerated approval pathway, aducanumab’s approval was based off its ability to reduce amyloid-ß (Aß) plaques. Led by Stephen Salloway, MD, MS, director of neurology and of the Memory and Aging Program, Butler Hospital, Providence, Rhode Island, the analysis included 148 participants with early AD who were randomly assigned 1:1 to either donanemab or aducanumab for an 18-month treatment period, with end points assessed at 6 months.

Patients included in the analysis were between 50 and 85 years old, had Mini-Mental Examination Scale scores between 20-30, and had a Clinical Dementia Rating-global score of 0.5 or 1.0. Randomization was stratified by amyloid burden at baseline and apolipoprotein (APOE) ε4 status. The main primary outcome was the percentage of patients with amyloid plaque clearance (≤24.1 centiloids), with secondary outcomes that evaluated brain amyloid plaque levels and mean change.

In total, 71 patients on donanemab and 69 on aducanumab took at least 1 dose of the treatment. Intermediate tau levels, defined as an initial flortaucipir PET scan with moderate AD patterns based on visual assessment and neocortical standardized uptake value ratio (SUVR) between 1.10 and 1.46, inclusive, or advanced AD patterns and neocortical SUVR less than 1.46, were found in 27 patients on donanemab and 28 in the aducanumab group. Overall, the baseline characteristics between the groups were similar.

ARIA incidence, a concern for anti-amyloid therapies, was similar between the 2 treated groups. In total, 21.1% of those on donanemab experienced ARIA-edema (ARIA-E), with 2.8% experiencing symptomatic ARIA-E. In the aducanumab group, ARIA-E incidence was 23.2%, with 4.3% symptomatic ARIA-E of all participants. Furthermore, the incidence of ARIA-H was 19.7% and 17.4% in the donanemab and aducanumab groups, respectively. In total, 62% of donanemab-treated participants experienced an adverse event, with no serious AEs reported because of ARIA. In comparison, 66.7% of those on aducanumab experienced AEs, with 1.4% of patients having serious AE due to ARIA. Notably, infusion-related reactions were slightly higher in the donanemab group (7.0% vs 2.9%).

In March 2021, data from TRAILBLAZER-ALZ, a phase 2 proof of concept trial, was published in the New England Journal of Medicine. Here, findings showed that patients with early AD treated with donanemab have improved composite scores for cognition and ability to perform activites of daily living. At baseline, iADRS score was 106 in both the donanemab (n = 131) and placebo (n = 126; 1 participant was excluded from the modified intent-to-treat population) groups. After 76 weeks, the treatment group’s scores changed by –6.86 points whereas the placebo group’s changed by −10.06 (difference, 3.20; 95% CI, 0.12-6.27; P = .04). This change was equivalent to a 32% difference in slowing decline for the donanemab group, a significant difference that was identifiable by month 9.2