After nearly a year of treatment with fenfluramine, more than half of patients with Lennox-Gastaut syndrome demonstrated at least a 50% reduction in drop seizure frequency. 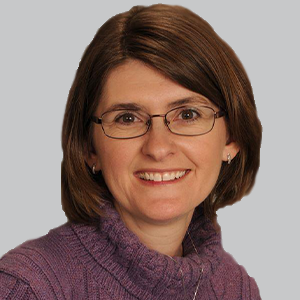 Newly published interim findings from the open-label extension of the pivotal phase 3 Study 1601 (NCT03355209) showed that treatment with fenfluramine (Fintepla; UCB Pharma) resulted in sustained reductions in the frequency of motor seizures for patients with Lennox-Gastaut syndrome (LGS) over a median duration of 364 days.

The findings, published in Epilepsia, extend the observations reported in the randomized controlled trial at 14 weeks. Overall, the median percentage change in monthly frequency of seizures associated with a drop was –28.6% over the entire OLE (P <.0001) and –50.5% at month 15 (P <.0001) for fenfluramine-treated individuals. This included generalized tonic-clonic seizures (GTCS), secondary GTCS, focal to bilateral tonic-clonic, tonic seizures, atonic seizures, and tonic-atonic seizures.

"This long-term safety and efficacy interim analysis of adjunctive FINTEPLA showed that patients with LGS experienced sustained, clinically meaningful reductions in the frequency of seizures associated with a drop, with a particularly robust reduction in the frequency of GTCS, which are associated with sudden unexpected death in epilepsy," principal investigator Kelly Knupp, MD, MSCS, FAES, associate professor, Children’s Hospital Colorado, said in a statement.1 "Given the sustained efficacy and tolerability of FINTEPLA over time, this medication could be an important long-term therapeutic option for patients with LGS, who are highly treatment-resistant, and could be an especially important therapeutic option for LGS patients who experience a high burden of GTCS."

In March 2022, the FDA approved the expanded indication for fenfluramine to include the treatment of seizures associated with LGS, marking the second indication for the agent after it received approval for Dravet syndrome in June 2020. The expanded indication was based of Study 1601, which showed that treatment with fenfluramine at a dose of 0.7 mg/kg/day was superior to placebo in reducing monthly drop seizure frequency (MDSF) over a 14-week period. In the original analysis, the primary end point was met, with a 19.9% estimated mean difference (95% CI, –31.0 to –8.7) in MDSF between the fenfluramine 0.7-mg/kg/day group and placebo (P = .001), while the 0.2-mg/kg/day group reported an estimated mean difference of 10.5% (95% CI, –25.0 to 4.0) in MDSF reduction compared with placebo (P = .09).

As of October 2020, 247 of the original 263-patient cohort who completed the double-blind period entered the OLE. All patients in the OLE were initially started on fenfluramine 0.2 mg/kg/day, but were flexibly titrated to effectiveness and tolerability, up to a maximum of 0.7 mg/kg/day for a median treatment duration of 364 days. Most patients (45.7%) received a mean daily dose of 0.3-0.5 mg/kg/day of fenfluramine.

Over the entire OLE, slightly more than 30% (31.1%) of patients experienced a clinically meaningful (≥50%) reduction in percentage of drop seizures, including 11.6% of those who demonstrated profound (≥75%) reductions. On Clinical Global Impression scale (CGI-I), more than one-third of investigators (37.6%) and caregivers (35.2%) rated their patients as having clinically meaningful improvement at last assessment. Specifically, “much improved” or “very much improved” was reported by 49.2% of investigators and 48.8% of caregivers. Notably, there was no major differences among pediatric or adult patients in either investigator-rated or caregiver-rated GCI-I scores.

Treatment-emergent adverse events (TEAE), most of which were mild or moderate in severity, were found in 82.2% of fenfluramine-treated patients. Serious TEAEs were reported in 16.2% of the cohort, with changes in seizure presentation as the most reported (3.6%), followed by status epilepticus (3.2%), and pneumonia (2.0%). In total, 12 participants discontinued treatment because of TEAEs, most of which were related to fatigue or change in seizure presentation (1.2% each).

Treatment with fenfluramine resulted in body weight loss of at least 7%, considered the prespecified study threshold, in 17.0% of treated patients, with a higher frequency in pediatric than adults. Of the 42 individuals who lost weight, 14 (33.3%) regained weight by the end of the study. Of note, 2 pediatric patients, aged 9 and 14 years, respectively, were hospitalized and had feeding tubes inserted to manage weight loss while maintaining a dose of 0.7 mg/kg/day fenfluramine.

Throughout the OLE, 1 patient died of severe convulsive status epilepticus and aspiration pneumonia, considered unrelated to the study drug. Two patients demonstrated instances of mild aortic regurgitation (AR) without the presence of valvular heart disease and continued to be treated with fenfluramine. The rates of mild AR observed in the study (0.8%) were consistent with those seen in the screening period prior to treatment with fenfluramine (.9%).

"This open label extension provides strong evidence that FINTEPLA is effective in reducing multiple seizure types associated with LGS, particularly more severe generalized seizures for up to 15 months,” Brad Chapman, Head of Epilepsy and Rare Syndromes, UCB Pharma, said in a statement.1 "We are pleased to be able to offer FINTEPLA to those living with and caring for people with LGS to help reduce the impact of this devastating disease and potentially, improve the quality of life for those living with LGS."