The favorable annualized relapse rates for fingolimod over interferon beta-1a observed in the 2-year core phase continued in a 5-year open-label extension. 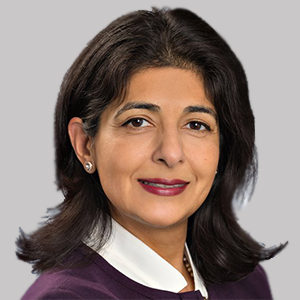 New data from the long-term extension of the phase 3 PARADIGMS study (NCT01892722) showed that treatment with fingolimod (Gilenya; Novartis) resulted in lower annualized relapse rates (ARR) than interferon beta-1a in pediatric patients with relapsing multiple sclerosis (MS) for up to 6 years of treatment.1

Senior investigator Tanuja Chitnis, MD, associate neurologist, Brigham and Women’s Hospital, and colleagues, concluded that the findings “support the positive benefit-risk profile of fingolimod in patients with pediatric MS.” Fingolimod, a disease-modifying therapy, became the first immunomodulating agent specifically approved to treat MS in pediatric patients in 2018. The expanded indication was based off PARADIGMS, in which fingolimod outperformed interferon beta-1a on the primary end point of AAR over the 2-year period.2

In PARADIGMS, fingolimod was dosed at 0.5 mg/d or 0.25 mg/d based on body weight (with patients >40 kg receiving the 0.5 mg/d dose). The cut-off date for the analysis was August 4, 2021. At the conclusion of the extension period, fingolimod demonstrated a consistent safety profile, as the most frequently reported adverse events were nasopharyngitis (43.5%), headache (34.1%), leukopenia (25.3%), and upper respiratory tract infection (21.2%), which were in line which previous observations from the CP.

NeurologyLive® put together a series with Chitnis and Lauren B. Krupp, MD, on the diagnosis and management of MS in pediatric patients, with one of the focus topics on the safety of efficacy of fingolimod. Watch below as the duo discussed the results of the PARADIGMS trial and how the agent is used in clinical settings.