Four out of 6 patients with CDKL5 deficiency disorder and comorbid Lennox-Gastaut syndrome had a decrease in frequency of major motor seizures when treated with ganaxolone. 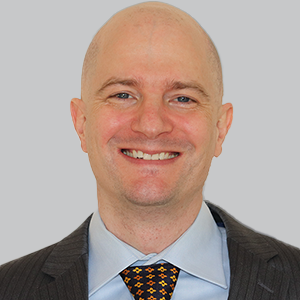 A total of 7 patients in the phase 3 MARIGOLD study (NCT03572933) had a codiagnosis of LGS, and during the double-blind period, 2 were randomized to receive treatment with ganaxolone, and 5 were randomized to placebo. Patients in this subgroup ranged in age from 3 to 19 years, experiencing a median of 88.7 major motor seizures (MMS) over 28-day increments. Patients were also being treated with a median of 3 concomitant antiseizure medications (ASMs).

After 1 patient did not enter the 17-week open-label extension (OLE) period, a total of 6 patients from the subgroup were included in analyses from the OLE, with 4 patients continuing to receive ganaxolone, and 2 patients receiving ganaxolone after previously receiving placebo. During the OLE, Investigators, led by Ian Miller, MD, VP of clinical development, Marinus Pharmaceuticals, observed percent changes in MMSF of –25.4% and –43.5% in the 2 patients who had previously been treated with ganaxolone over the 17-week double-blind period.

Of those who received ganaxolone in the OLE after receiving placebo in the double-blind period, 2 patients demonstrated a percent change of –21.0% and –36.3% change in MMSF, while 2 patients showed no improvement in MMSF (4.6% and 27.1% change). Investigators noted that the treatment was well-tolerated in the LGS subgroup, with no new safety findings identified.

“CDD is a developmental and epileptic encephalopathy with a complex phenotype including drug-resistant epilepsy. CDD is a genetic diagnosis resulting from variants in the CDKL5 gene. LGS is a clinical diagnosis characterized by multiple seizure types, a slow spike-and-wave pattern on EEG, and neurodevelopmental disability,” Miller et al wrote. “As a result, patients with CDD as an etiological diagnosis may also have a phenotypic diagnosis of LGS. Ganaxolone, an investigational neuroactive steroid, demonstrated a significant reduction in major motor seizures in a phase 3, placebo-controlled trial in CDD. A sub-group analysis in patients who also met diagnostic criteria for LGS was performed to gain preliminary insights on the effects of ganaxolone in LGS.”

A total of 101 patients were randomized in the MARIGOLD study, a phase 3, double-blind, placebo-controlled trial of ganaxolone in patients with a pathogenic CDKL5 mutation and 16 or more major seizures each month. Major motor seizure types included bilateral tonic, generalized tonic-clonic, atonic/drop, bilateral clonic, and focal to bilateral tonic-clonic.

Patients with comorbid LGS were located via medical history and were between the age of 2 and 19 years. Participants in the MARIGOLD study underwent a 6-week baseline period and a 17-week double-blind treatment period. The 17-week OLE was also open to those who completed the double-blind period.