The oral suspension, marked as Ztalmy by developer Marinus, is the first drug approval for cyclin-dependent kinase-like 5 (CDKL5) deficiency disorder (also known as CDD), given the greenlight in March. The agent is now available as of July 28, 2022. 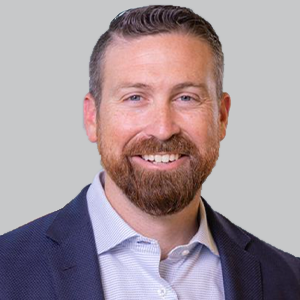 “Ztalmy represents an important first for both Marinus and the CDD community and we are proud to make it available for patients by physician prescription,” Christy Shafer, chief commercial officer, Marinus, said in a statement.1 “With our highly experienced commercial team, designated specialty pharmacy and comprehensive patient support program, we are well-prepared to bring Ztalmy to market. We look forward to engaging with healthcare providers and supporting patient access to Ztalmy as we raise awareness about CDD and this important new treatment option.”

Marinus noted in its announcement that information about the new treatment option can be found at the treatment website, ztalmyhcp.com, and by inquiring with independent specialty pharmacy Orsini Specialty Pharmacy.

March 21, 2022: The FDA has approved ganaxolone (Ztalmy) for the treatment of seizures associated with cyclin-dependent kinase-like 5 (CDKL5) deficiency disorder, also known as CDD, in patients aged 2 years and older. The oral suspension therapy is the first approved for CDD, according to Marinus.2

Following its scheduling by the Drug Enforcement Administration, the therapy is expected to be available via a specialty pharmacy in July 2022. In the interim, Marinus noted its plans to launch the Ztalmy One Program, a patient services program to provide assistance with access, ongoing support for patients and caregivers as well as their medical teams, and financial support to those patients who are eligible. The therapy was approved under priority review and orphan drug and rare pediatric disease designations. With this approval, the FDA awarded a Rare Pediatric Disease Priority Review Voucher, which Marinus noted it plans to monetize.

“There has been a great unmet medical need for treatments that address seizures associated with CDKL5 deficiency disorder given their prominent role and profound impact on patients,” said Scott Demarest, MD, principal investigator for the supporting trial, and neurologist and clinical director, Precision Medicine, Children’s Hospital Colorado, said in a statement.2 “To date, antiseizure treatment decisions have been based on very limited clinical evidence in this patient population and the resulting outcomes underscore the need for therapies that further improve seizure control.”

“Thanks to our research and this trial, we now have the first treatment specifically approved for seizures associated with CDKL5 deficiency disorder that was shown to have a positive benefit-risk profile,” Demarest, who is also PI of the International CDKL5 Clinical Research Network and assistant professor of pediatric neurology at the University of Colorado School of Medicine, added.

Ganaxolone, a neuroactive steroid that acts as a positive allosteric modulator of the GABAA receptor, was approved based on data from the phase 3 Marigold trial (NCT03572933), a double-blind placebo-controlled trial that randomized 101 patients. Those treated with the study drug experienced a median reduction of 30.7% in 28-day major motor seizure frequency, compared with a 6.9% reduction for those on placebo, meeting the trial’s primary end point with significance (P = .0036). In the open label extension study, those on ganaxolone for at least 1 year (n = 48) reported a median reduction of 49.6% in major motor seizure frequency.2

Additionally, in its clinical development program, ganaxolone has demonstrated efficacy, safety and tolerability overall. The most common adverse events (incidence ≥5% and at least twice the rate of placebo) in the ganaxolone group were somnolence, pyrexia, salivary hypersecretion and seasonal allergy.

“Today is a historic milestone not only for Marinus but for CDD patients, families and caregivers who have long been navigating the unpredictable, often devastating reality of living with uncontrolled seizures,” Scott Braunstein, MD, chief executive officer, Marinus, said in a statement.2 “The approval of Ztalmy would not have been possible without the patients, caregivers and investigators who participated in the clinical trials to develop this important new therapy. We are grateful and humbled by the opportunity to bring the first and only FDA-approved treatment for seizures associated with CDD to this community.”

The therapy is also being assessed in other seizures disorders, including tuberous sclerosis complex (TSC) and Lennox-Gastaut syndrome (LGS). In December 2021, data were presented at the 2021 American Epilepsy Society (AES) Annual Meeting, December 3-7, in Chicago, Illinois, from a post hoc analysis suggesting treatment with ganaxolone was associated with decreases in major motor seizure frequency (MMSF) in patients with CDD and comorbid LGS.3

Those data, from Marigold, included a total of 7 patients with a codiagnosis of LGS. During the double-blind period, 2 were randomized to receive treatment with ganaxolone, and 5 were randomized to placebo. Patients in this subgroup ranged in age from 3 to 19 years, experiencing a median of 88.7 major motor seizures (MMS) over 28-day increments. Patients were also being treated with a median of 3 concomitant antiseizure medications (ASMs). After 1 patient did not enter the 17-week open-label extension (OLE) period, a total of 6 patients from the subgroup were included in analyses from the OLE, with 4 patients continuing to receive ganaxolone, and 2 patients receiving ganaxolone after previously receiving placebo. During the OLE, investigators observed percent changes in MMSF of –25.4% and –43.5% in the 2 patients who had previously been treated with ganaxolone over the 17-week double-blind period.3

Additionally, data from the open-label phase 2 CALM trial (NCT04285346) of ganaxolone, announced in August 2021, showed positive signs and supported the therapy’s advancement to a phase 3 setting for TSC. Marinus also announced at the time that the FDA had granted ganaxolone orphan drug designation for treatment in TSC. In CALM, treatment with the therapy resulted in a median 16.6% reduction in 28-day seizure frequency relative to the 4-week baseline period, the primary end point. The investigational drug also was generally well-tolerated among patients, with somnolence reported as the most common adverse event (AE), consistent with previous trials. One treatment-related serious AE of seizure was reported as well. Seizure reductions of at least 50% or more were recorded in 30.4% of patients, and among a subgroup of 19 individuals with focal seizures, a median 25.2% reduction in seizure frequency was observed.4

In early 2021, Marinus Pharmaceuticals also announced that it had enrolled the first patient in the phase 3 RAISE clinical trial (NCT04391569) of intravenous (IV) ganaxolone, which is evaluating the drug in patients with refractory status epilepticus (RSE). RAISE is a randomized, double-blind, placebo-controlled trial, and is expected to enroll approximately 125 patients with status epilepticus who have failed benzodiazepines and 2 or more second-line IV ASMs. Investigators will evaluate the efficacy and safety of IV ganaxolone by examining the proportion of patients with RSE who experience SE cessation within 30 minutes of IV ganaxolone as well as the rate of progression to IV anesthesia 36 hours following treatment initiation.5