Women are three times more susceptible to migraine than are men. The difference is so pronounced that men with migraine are at risk for being underdiagnosed and undertreated. Why such a discrepancy? 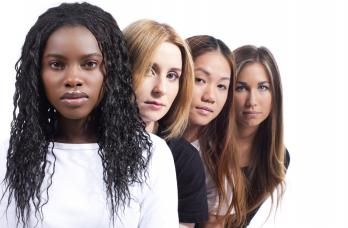 A group of  researchers from Shandong University in Jian, Shandong, China, theorized that differences in neurocognitive functioning might be relevant.4Guo and colleagues4 pointed out that besides sex differences, neurocognitive deficits have been implicated in migraine pathophysiology.

The study sought to characterize the effect of gender on migraine and possible interactions between it and neurocognitive processing. They hypothesized that migraineurs, in general, have attentive processing impairment and would demonstrate attentional event-related potential (ERP) abnormalities such as reduced P3 amplitude and/or prolonged P3 latency on EEG. The researchers also suspected that differences in emotional health and attentional processing would be observed between male and female migraineurs.

Components that showed significant sex differences in patients with migraine were further analyzed. The researchers involved in conducting and assessing the EEGs were blinded to study participants’ diagnosis and sex.

The research team found that the patients with migraine were much more apt to have emotional (P < .001) and visual cognitive processing abnormalities (P < .001) than healthy controls, including higher levels of anxiety and a reduced P3 amplitude.

These parameters were modulated by sex in patients with migraine but not in the healthy controls. Female migraineurs demonstrated higher levels of anxiety but not depression, as measured via the Self-Rating Anxiety Scale and Self-Rating Depression Scale. Female migraineurs also demonstrated greater impairment in attentive processing of visual stimuli than their male counterparts, as evidenced by ERP waveform analyses.

The findings confirmed that patients with migraine have attentive processing abnormalities. It went on to show that women are more vulnerable than men. The research team stressed that, given their findings, cognitive behavioral therapy that addresses anxiety burdens and a focus on sex difference in migraine should be more strongly emphasized to improve outcomes. They called for more studies aimed at clarifying gender-related discrepancies of migraine and their mechanisms.