Hearing Impairment May Serve as Preclinical Marker of Neurodegeneration

The authors noted that taken together, the findings suggest that either hearing impairment may affect brain atrophy and neuropathologic burden or that underlying pathologies may impair functional hearing abilities, even prior to dementia onset. 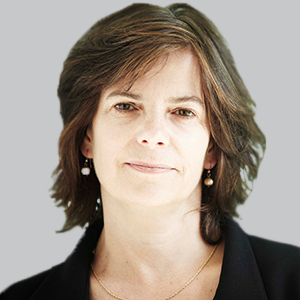 The findings of a new analysis of data from the National Alzheimer’s Coordinating Center database suggest that functional hearing issues may be a preclinical marker of neurofibrillary neurodegeneration. Importantly, the authors noted that the findings need to be replicated.

The assessment included 2755 total autopsied participants aged 55 years and older, all of which had ≥1 clinical evaluation at the National Institute on Aging-funded Alzheimer's Disease Center no more than 2 years prior to death.

Additionally, impaired hearing in cognitively normal patients was associated with a higher Braak stage (relative risk [RR] per 2 stage increase, 1.33; 95% CI, 1.06—1.66), but no other pathologies.

“Prior studies have found associations between hearing loss and future risk of dementia, however, imaging studies focusing on hearing loss (with audiometric tests for peripheral hearing) have produced mixed findings,” Yaffe and colleagues wrote. They noted that the findings have included decreased whole brain volume, reduced temporal lobe or auditory cortex volumes, and reduced hippocampal volume—while other studies have shown no such associations.

“Our finding of an association between clinician-rated hearing impairment prior to dementia onset and higher neurofibrillary tangles does not establish the direction or causality of the relationship but is consistent with a link between hearing impairment and hippocampal and temporal lobe neurodegeneration,” they wrote.

Another model examined the link between hearing impairment and the continuum of Alzheimer disease neuropathologic features (ADNC) and neurofibrillary degeneration seen in Alzheimer and aging (PART) diagnostic categories. It showed that those with High ADNC (RR, 1.49; 95% CI, 1.15—1.94) and PART (RR, 1.32; 95% CI 1.06–1.66) were more likely to have impaired hearing compared to those without both.

As well, there was a trend towards an inverse relationship with the APOE ε4 allele (RR, 0.85; 95% CI, 0.65—1.10), though the results were not stratified by the presence of neuritic plaques.

Yaffe and colleagues acknowledged that additional studies will be needed to establish the temporal order and casual mechanisms, as well as to examine the distribution of neurofibrillary degeneration within brain regions and other tauopathies to better tease apart the identified relationships.