Impact of Focused Ultrasound for Treatment of Tremor-Dominant Parkinson Disease

In an interview with NeurologyLive, the vice president of neurosurgery at INSIGHTEC spoke about the clinical impact that the Exablate Neuro device has had on the treatment of tremor since its FDA approval. 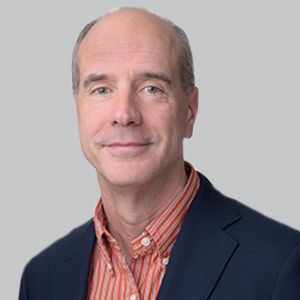 In December 2018, the FDA approved the use of INSIGHTEC’s focused ultrasound technology, Exablate Neuro, to include treatment of patients with tremor-dominant Parkinson disease, expanding its current indication of medication-refractory tremor. This approval opens up another option in treating patients who don’t wish to undergo deep brain stimulation implantation.

Richard Schallhorn, vice president of neurosurgery, INSIGHTEC, spoke with NeurologyLive in an interview to further explain the clinical impact of this device since its FDA approval.

NeurologyLive: What has been the clinical impact of INSIGHTEC’s focused ultrasound device since its FDA approval for tremor-dominant Parkinson disease?

Richard Schallhorn: Following the FDA approval of INSIGHTEC’s Exablate Neuro device for the treatment of tremor-dominant Parkinson disease, we’ve had the opportunity to reach more patients than ever before by expanding the clinical indication beyond the treatment of essential tremor.

Exablate Neuro is an innovative medical device that uses focused ultrasound with magnetic resonance imaging (MRI) to precisely target and treat a target deep within the brain through an intact skull. Between treatment of essential tremor and tremor-dominant Parkinson disease, nearly 2000 patients have been treated with focused ultrasound at one of the 50 treatment centers performing this surgery around the world.

This FDA approval has opened up a unique option for patients with Parkinson disease in which tremors are their primary symptom and as a result, have faced difficulty performing everyday tasks like drinking a cup of coffee. Focused ultrasound offers the opportunity for these patients to undergo an incisionless outpatient procedure, without anesthesia, and return home that same day while typically experiencing immediate tremor relief.

This approval also comes at a crucial time as Parkinson cases continue to rise—it is estimated that nearly one million people will be living with Parkinson disease in the U.S. by 20202 and an estimated 26% of patients with Parkinson have tremor as their primary symptom.3

What does INSIGHTEC’s device offer physicians which they cannot get elsewhere?

Exablate Neuro offers surgeons a key advantage— the ability to exercise their surgical skills to accurately identify and ablate a target deep in the brain without standard surgical incisions. Incisionless brain surgery eliminates the risk of infection, a leading cause of hospital readmissions, and reduces hospital stays which, may also help reduce the costs and resources associated with post-operative care.

Additionally, by using MR-guided focused ultrasound technology, physicians can evaluate a patient’s results in real-time by assessing any side effects and ensuring the patient is achieving proper symptom relief.

Feedback from physicians performing this treatment thus far has been overall positive. They are pleased to have additional options for patients with both tremor-dominant Parkinson and essential tremor who have not responded well to medication and who would otherwise be suffering from a debilitating tremor.

Is there a subset of patients which benefit more greatly from this device, or perhaps is there any potential for this device in other conditions?

With current FDA approved indications, patients with tremor-dominant Parkinson and essential tremor can benefit most from this technology—more specifically, those patients living with a predominantly unilateral tremor in their hand. With Parkinson disease, not all patients are the same in terms of the symptoms that impact them, and we are hopeful that the capabilities of this technology will expand beyond these two indications.

In Parkinson disease specifically, clinical trials are underway to explore using focused ultrasound to target the globus pallidus within the brain and evaluate the impact on different Parkinson symptoms including rigidity, slow movement, and dyskinesia. In addition to movement disorders, INSIGHTEC is working closely with leading research centers across the U.S. on ongoing clinical trials for neurological conditions such as Alzheimer, epilepsy, and brain tumors.

Are any other technology developments underway at INSIGHTEC in tremor-dominant PD or otherwise of which the physician community should be aware?

While we’ve made great strides in this area, our team is continuing to collaborate with GE and Siemens to keep building Exablate Neuro’s compatibility with more MRI models from each manufacturer.

INSIGHTEC is committed to making focused ultrasound treatment a standard of care for a large number of patients that are faced with little-to-no treatment options today. We are striving to help enable surgeons to perform more brain surgeries with the same level of precision but without incisions.

In order to drive incisionless surgery forward, INSIGHTEC is continuing to work toward strong clinical evidence for its Exablate Neuro device. We are collaborating with the many different stakeholders across healthcare including, research institutions to evaluate potential future indications, insurers to expand coverage of this treatment to more patients, and physician societies to educate the community about focused ultrasound and develop concrete guidelines for uses of this technology.

Transcript has been edited for clarity.