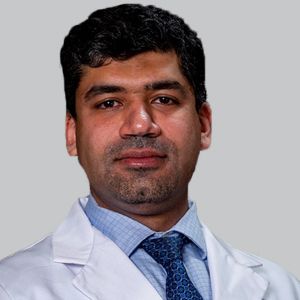 Findings from the Get With The Guidelines (GWTG)-stroke clinical trial demonstrated that endovascular therapy (EVT) utilization has increased across all race/ethnic groups since the treatment was validated in 2015, but disparities still remain.1

The research was presented at the American Stroke Association’s International Stroke Conference 2021, March 17-19, by lead author Faheem G. Sheriff, MD, assistant professor of neurology, Texas Tech University Health Science Center. Between April 2012 and June 2019, 14% (n = 42,422) of a cohort of 302,965 potentially eligible patients received EVT and, in all groups, EVT increased over the course of time.

"It is reassuring that the treatment gap for Black patients has narrowed since 2015, yet it remains significant and is concerning. The most surprising finding was the discrepancy between short- and long-term outcomes in non-Hispanic White patients versus the patients in other race and ethnicity groups,” Sheriff said in a statement.2

The use of EVT increased in 2015 following the publication of multiple clinical trials. Associations between race/ethnicity, EVT use, discharge disposition, and 90-day modified Rankin Scale (mRS) scores stratified by pre- vs. post-2015 were evaluated (with the post-2015 group including 2015).

At discharge, both mRS and ambulation were no different between the groups. Better short-term outcome among minorities was attributed to improving access to acute stroke care following the 2015 publications, as well as different attitudes towards end-of-life care among NHW compared with minorities.Although, 3 months later, Black and Asian patients were 16% and 30% less likely to be able to function independently compared to NHW patients.

There were a number of contributory factors for these disparities identified. They included systemic racism (structural vs provider level), lower utilization of emergency medical services (EMS) and later arrival to EVT capable centers, lack of awareness regarding acute stroke symptoms, and mistrust of the health care system likely due to historic inequalities.

"There is a lot of work that remains in terms of figuring out the root causes for these differences and how best to improve equitable access and care for all patients,” Sheriff added. “Once these root causes are identified, we can focus on formulating an action plan to reduce these differences, for both access to endovascular therapy and recovery afterwards, particularly post-discharge care.”