Treatment with fingolimod followed by alemtuzumab led to an increase in spinal relapses as well as increased risk of secondary autoimmunity. 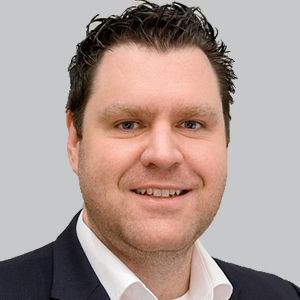 The retrospective, real-world setting study included 170 patients who were treatment naïve or previously failed to respond to natalizumab, fingolimod (FTY), beta-interferon (IFN), or dimethyl fumarate (DMF), and were treated with at least 2 courses of alemtuzumab.

Senior author Sven G. Meuth, MD, PhD, director, Department of Neurology and Institute of Translational Neurology, Universitätsklinikum Münster, and colleagues examined the baseline characteristics as well as safety and effectiveness outcomes, including the time to first relapse, the time to 3 months confirmed disability worsening, and the time to secondary autoimmunity. Meuth and colleagues concluded that “these data can provide guidance for improving MS therapeutic management.”

In the total population, 78 patients (45.9%) experienced at least 1 relapse within the observation period. Using multivariate models, researchers confirmed that the previous use of FTY exerted the strongest predictive effect for an increased risk of relapses following alemtuzumab infusion (hazard risk [HR], 5.420 [95% CI, 2.520-11.66]; P <.001).

READ MORE: The Rarity of Adverse Events With Natalizumab Infusion for MS

Similar results were found when assessing the hazard for developing 3 months confirmed worsening of disability, which was significantly higher among patients treated with FTY (HR, 7.676 [95% CI, 2.870-20.53]; P <.001), compared with naïve patients.

Using clinical and magnetic resonance imaging (MRI)-based analysis on the relapse anatomic localization, the researchers found a similar distribution of symptoms among patients who had received basic treatment, NTZ, or who were treatment naïve, with the most lesions located within the cerebral hemispheres or optic nerves. However, there was a high preponderance of spinal relapses among patients pretreated with FTY (55% vs 10% among previously naïve patients; P <.001) following treatment with alemtuzumab, despite previous reports showing no trend in favor of spinal cord symptoms while receiving FTY.

Time to first manifestation of secondary autoimmune disease (SAD) was observed in 52 patients (30.6%), 5 of which developed 2 different autoimmune disorders. Similar to previous efficacy analysis, the development of secondary autoimmunity among patients treated with alemtuzumab showed an increased hazard compared with the first-line and second-line groups (HR, 2.850 [95% CI, 1.060-7.424]; P = .038).

Because of its complex safety profile, researchers also documented infusion-associated reactions (IAR). In total, 121 (71.1%) and 105 (61.2%) patients experienced IAR during their first and second course of alemtuzumab treatment, respectively. After stratification according to the last previous DMT, researchers found that patients who had received FTY were less likely to develop IAR during their first course of alemtuzumab, whereas patients who had received NTZ were prone to develop such symptoms. Notably, the vast majority of severe IAR was observed in patients switching from NTZ (P <.001).

Alemtuzumab was approved as a DMT by the FDA for patients with relapsing forms of MS in 2014. At the time, it was noted that because of its safety profile, the treatment should be generally reserved for people have had an inadequate response to 2 or more MS therapies.2