Future research is required to include EEG analyses of neurodiverse patient populations. 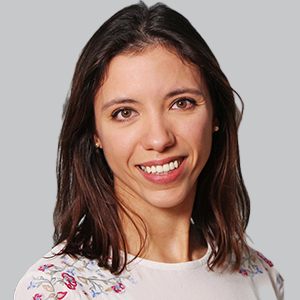 Recently published data suggest that several sleep characteristics at 4 months of age are associated with neurodevelopmental outcomes at 18 months of age, suggesting that early intervention may be an option when using EEG analysis as an early biomarker for development.

Data were presented by Soraia Ventura, PhD candidate, INFANT Research Center for Maternal and Child Health, University of College Cork, in County Cork, Ireland, at World Sleep 2022, March 11-16, in Rome, Italy. Ventura et al recruited 92 neonates born at term at Cork University Maternity Hospital. Babies had EEGs recorded during a nap at 4 months of age, with sleep staged according to the American Academy of Sleep Medicine criteria and spindles identified manually. A neurodevelopmental assessment was then conducted at 18 months of age.

Babies had a mean postnatal age of 19.6 weeks (SD, 1.3) at the time of sleep recording, and 18.5 months (SD, 0.4) at the time of the neurodevelopmental assessment. A total of 69 infants who had a full first sleep cycle recorded were included in sleep macrostructure and quantitative features (qEEG) analysis, Ventura et al noted.

Latencies to sleep and to REM and duration of first cycle sleep stages were the macrostructural features analyzed, whereas sleep spindle features analyzed were number, density, mean frequency, Brain Symmetry Index (spindles only), synchrony, and spectral power. Range-EEF, spectral power, interhemispherical coherence and Brain Symmetry Index were the qEEG features analyzed, and qEEG results were then compartmentalized into different sleep stages and frequency ranges. A general developmental (GD) score was calculated from subscales, which were evaluated at 18 months with the Griffiths-III neurodevelopmental assessments. Infants had Foundations of Learning (A), Language and Communication (B), Eye and Hand Coordination (C), Personal-Social-Emotional (D), and Gross Motor (E) domains evaluated.

Sleep macrostructure was not associated with neurodevelopmental outcomes at 18 months, after adjusting for postnatal age of both EEG and Griffiths-III assessments, as well as gestational age and sex. Positive, statistically significant correlations were observed between upper and lower range-EEG margin, which were similar to amplitude-integrated EEG, and B subscale (R = 0.25-0.26). Additionally, positive significant correlations were observed between EEG spectral power, notable between low-frequency delta and subscales: B, D, E, and GD (R = 0.24-0.33).

“The brain develops rapidly during infancy and early childhood and sleep plays a crucial role in this development. Sleep patterns, as viewed on the EEG, evolve as a consequence of brain maturation and quantitative features of sleep may represent biomarkers of neurodevelopment,” Ventura et al wrote.