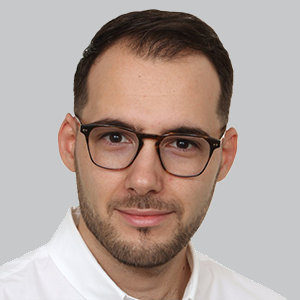 Recently published data suggest that receiving only cognitive behavior therapy for insomnia (CBT-I) leads to poorer neurocognitive performance than at baseline, and if combined with continuous positive airway pressure (CPAP), neurocognitive performance is poorer than after CPAP treatment alone. Investigators observed particularly pronounced patterns for working memory and associative ability, which may result from sleep restriction therapy, as a component of CBT-I, that is associated with a temporary reduction in total sleep time.1

Data were presented by Matthew Salanitro, MSc, research assistant, Interdisciplinary Sleep Medicine Center at Charité-Universitätsmedizin Berlin at World Sleep 2022, in Rome, Italy. A total of 45 patients with comorbid insomnia and sleep apnea (COMISA) were included from a 3-arm randomized clinical trial that combined CBT and CPAP concurrently or sequentially. As part of the study, patients underwent neurocognitive testing at baseline, as well as before and after treatment, allowing Salanitro et al to evaluate the effects of CBT alone, CPAP alone, as well as combined treatment (CBT+CPAP).

Of the 45 patients, 51.1% were women, and the mean age was 52.07 years (SD, 13.29). Baseline neurocognitive functioning was defined as working memory, vigilance/attention, verbal memory, associative ability, and executive functioning, and was observed to be worse when compared with normative values reported in previously published literature. When comparing scores after receiving CBT-I alone to baseline scores, scores for only 4 of 13 neurocognitive markers were superior to baseline, with investigators concluding that patients had predominantly poorer neurocognitive performance when compared with baseline. Probability of superiority varied between 10% and 70%, while nonsuperiority of CBT-I compared with baseline, indicating worse performance, was considerable, specifically for working memory.

Salanitro et al further compared CPAP alone to baseline, with 11 of 13 markers higher after treatment when compared with baseline. The probability of superiority varied between 5 and 99%, with superiority of CPAP considerable for associative ability, executive functions, verbal memory (delayed recall), and working memory.

Almost identical results to the CPAP only comparisons (excluding that treatment was superior to baseline in 9 out of 13 markers) were observed when comparing CBT+CPAP to baseline. Compared to CPAP alone, neurocognitive scores following CBT+CPAP were higher on only 4 of 13 comparisons, with probability of superiority varying between 16% and 64%. For working and associative ability, nonsuperiority of CBT+CPAP over CPAP alone was considerable.

As treatment combinations were compared with patient’s baseline, analyses covered both within and between comparisons. A mixed-methods structure and the inclusion of variation between individuals as a random effect were implemented to control for this. Covariates were age, gender, race, total sleep time, and sleepiness, and some variables were reversed, with higher scores indicating better performances.

Investigators noted that patients with COMISA require close monitoring, particularly when undergoing CBT-I. As these observed results may be temporary, additional research will need to span longer periods, as this study had follow-up periods limited to 60 or 90 days.