Results from a longitudinal study suggest that higher proportions of subjective memory decline are associated with insomnia disorder in middle-aged and older adults. 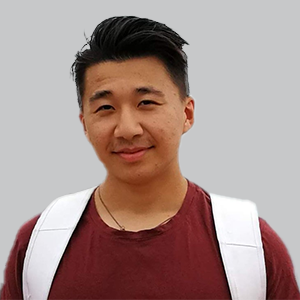 In a recent longitudinal analysis on aging in Canada consisting of 26,363 participants, findings demonstrated that insomnia increases the risk of subjective memory decline for middle-aged and older adults.1 The results from this study suggest that insomnia disorder may be a critical aim for addressing age-related cognitive decline for early interventions.

Self-reported memory worsening (OR, 1.70; 95% CI, 1.29-2.26) had an increased odds observed in participants with no insomnia symptoms at the baseline who developed probable insomnia disorder at follow-up in comparison with individuals that remained without insomnia symptoms or that developed insomnia symptoms only. Notably, those who displayed increased odds (OR, 1.22; 95% CI, 1.10-1.34) of subjective memory worsening at follow-up had worsened sleep from baseline in comparison with those that remained insomnia-free or improved their sleep.

Study author Jean-Louis Zhao, BSc, master student, University of Montreal, and colleagues wrote in response to the findings, “This is likely represented by the diagnostic criteria for insomnia, which requires a self-report of sleep-related daytime impairment. Thus, the direct association between PID [probable insomnia disorder] and SCM [subjective memory complaints] in older adults may place these adults at a greater risk for dementia than adults without insomnia.”

Selected participants in the study were 45 years old of age or older and completed both baseline and 3-year follow-up self-reported evaluations. The evaluations contained information about sleep and memory as well as neuropsychological testing in the cognitive domains of memory, executive functions, and psychomotor speed. Based on the answers from the sleep questionnaires, the participants were identified into 3 groups: probable insomnia disorder, insomnia symptoms only, or no insomnia symptoms.

Additionally, the participants were categorized further according to changes in their sleep over time. An assessment of the odds of self-reported memory worsening was conducted by a logistic regression. Also, linear mixed-effects modeling assessed the associations between insomnia and cognitive performance, which was adjusted for demographic, lifestyle, and medical factors.

The results also showed that higher prevalence of anxiety, depression, daytime sleepiness, and other related sleep issues were observed in adults that developed probable insomnia disorder. Contrasting with the other observations from the analysis, objective neuropsychological testing did not display any significant associations in relation to insomnia and memory performance, or even other cognitive domains. Thus, the individuals that developed insomnia disorder and experienced subjective memory decline could possibly exhibit more progression of cognitive decline over time. Furthermore, the findings showed that there is a complex relationship with subjective and objective memory impairments in older adults.

Zhao et al noted, “Subjective reports of daytime difficulties should be taken into consideration when monitoring cognitive decline in older adults with sleep complaints. Insomnia disorder thus may be considered part of a combination of adverse factors that occur in middle-age and older adults, which are linked to higher risk of cognitive decline and may lead to MCI and dementia in later life. Importantly, adults who had improving sleep symptoms did not develop subjective memory decline at follow-up, suggesting that the adverse cognitive effects of insomnia disorder may be halted. This highlights the importance of properly diagnosing and managing insomnia as early as possible in older adults.”

Limitations of this study include the design of the analysis as causation could not be inferred. Also, the question about subjective memory worsening was not available at the baseline, only during the follow-up assessment was it asked. The identification of insomnia disorder was not based on criteria performed by a qualified clinician in the field. Those who withdrew from the study may have been influenced by the results as they were likely to be older in age and had higher insomnia symptoms reported at baseline. As for the participants included in the study, they were exclusively cognitively healthy adults at baseline who had no symptoms of cognitive impairment, dementia, or history of brain trauma.

“Objective memory deficits were found only in men who developed probable insomnia disorder and could indicate a potential sex effect specific to the onset of insomnia in older adults rather than the worsening of sleep, however this relationship appears complex, and any sex differences require further targeted investigation. Insomnia disorder may be a predictor of further cognitive decline and early signs of dementia, however more longitudinal evidence is required to confirm this,” Zhao et al noted.