A recent cross-sectional analysis showed an increase in coded diagnoses of insomnia during pregnancy in the United States over time. 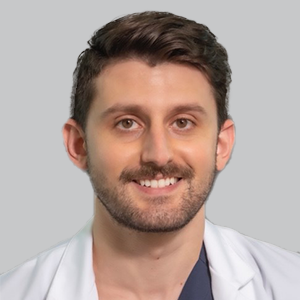 Findings from a large, nationally representative collection of data in the United States from 2006 to 2017 showed that over time, the diagnosis of insomnia during pregnancy in both delivery and non-delivery hospitalizations, has increased.1 This was the largest such analysis assessing maternal outcomes on those who have been diagnosed with insomnia during pregnancy. Additionally, this analysis included a diverse sample expected to be generalizable for the general population.

Of nearly 47 million hospitalization deliveries (5.2 insomnia diagnosed per 10000 deliveries) over the 11-year observed period, 24,625 of women were diagnosed with insomnia. During that time, there was an increase in the annual incidence of insomnia, expanding from1.8 to 8.6 per 10000. Notably for nondelivery hospitalizations, the crude rate for insomnia was 6.3 times higher.

Lead investigator Anthony M. Kendle, MD, obstetrician-gynecologist, Tampa General Hospital, and colleagues, wrote that, “non-delivery hospitalizations had the highest rates of insomnia in patients without private insurance. As such, patients from these underserved communities during unplanned antepartum admissions may capture the true burden of insomnia during pregnancy. This is further supported by the fact that substantially higher rates of insomnia were coded in both delivery and non-delivery hospitalizations in patients receiving care in urban teaching hospitals, which tend to serve populations skewed toward lower socioeconomic groups.”1

Investigators performed the cross-sectional analysis on hospitalizations related to pregnancy using the National Inpatient Sample (NIS). For capturing the diagnosis of insomnia and obstetric comorbidities during delivery and non-delivery hospitalizations, ICD-9 and ICD-10 codes were used. The diagnosis at delivery for severe maternal morbidity (SMM) was the primary outcome and a logistic regression was used for assessing the trends of insomnia and SMM.

Patients that were diagnosed with insomnia during pregnancy had more comorbidities, including neuromuscular disease, health disorders, asthma, and substance use disorder. Additionally, nonblood transfusion SMM prevalence was 3.6 times higher (2.4% vs. 0.7%) and the SMM increased annually by 11% (95% CI, 3.0%-19.7%) for patients with insomnia. A 24% increased risk of SMM for insomnia remained after adjusting for comorbidities.

These findings highlighted the importance of clinicians being more familiar with available therapies, such as cognitive behavioral therapy,2 even though prenatal insomnia treatment was not addressed directly in the study. “Non-pharmacologic treatment—including improving sleep hygiene, night-time fluid restriction, and stimulant avoidance—is often recommended to patients to address mild sleep disturbances. Improved access to novel treatment modalities may address adverse outcomes related to severe insomnia in pregnancy as it relates to social determinants of health,” Kendle et al noted.1

A strong association was shown between insomnia and the obstetric comorbidities even after it was revealed that the insomnia diagnosis at delivery is an independent predictor of SMM. Additional findings showed that the rate of insomnia increased with maternal age and with insomnia, as shown by an increase in coexisting mental health disorders than other physical comorbidities. Additionally, higher rates of insomnia in all demographic subgroups for non-delivery hospitalizations were observed in comparison with delivery hospitalizations.

Kendle and colleagues wrote, “There has also been increased public education about the importance of sleep and the health impacts of sleep disorders as it relates to pregnancy. This increased awareness may have contributed to increased screening and recognition by prenatal providers resulting in higher capture through diagnosis codes.”1

Limitations considered in the study included that the conditions identified were relied on only by the ICD-9 and ICD-10 diagnosis codes thus showing that there is an underestimation of insomnia prevalence during pregnancy. There was also the inability to determine the severity of insomnia or the criteria of the diagnosis on coding by itself. The design of the study was a limitation as it prevents establishing an association between insomnia and the other conditions analyzed. Another limit on the analysis was that neonatal data was unavailable to be contributing to the investigation.

Kendle et al noted, “Priority should be given to further defining the burden of insomnia in pregnancy due to its association with maternal morbidity and its potential to magnify healthcare inequity. Our results underscore the need for further studies and to address and treat insomnia during prenatal care.”1