The FDA-approved epilepsy monotherapy showed significant reductions in primary generalized tonic-clonic seizures of ≥50% and ≥75% from baseline. 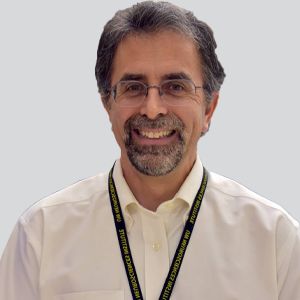 Patients included in the study were ≥4 years of age with idiopathic generalized epilepsy (IGE) and were currently taking between 1–3 concomitant antiepileptic drugs (AEDs). Researchers used time to second PGTCS during the 24-week treatment as the primary end point of the study.

The therapy was also found to be generally safe as adjunctive treatment, with treatment-emergent adverse events (TEAEs) occurring in 96 of 121 patients (79.3%) compared to 79 of 121 patients (65.3%) on placebo. Dizziness (23.1%), somnolence (16.5%) and headache all represented the most common TEAEs seen. Notably, no patients died during the study.

The FDA approved lacosamide as an add-on therapy for adult patients in 2008. It was later approved for a second indication as a monotherapy or adjunctive therapy in patients 4 years of age and older with partial-onset seizures in 2017. It is currently available in oral tablets, an oral solution, and intravenous injection. Lacosamide is currently not approved for PGTCS, but regulatory reviews for the drug as an adjunctive therapy for the treatment of PGTCS in patients with IGE 4 years of age and older compared to placebo are currently underway in the US, EU, Japan, and Australia, according to UCB.

"UCB remains committed to strengthening our leadership in epilepsy and to investigating new approaches and innovative solutions to deliver improved outcomes and experiences to the global epilepsy community,” Charl van Zyl, executive vice president & Head of Neurology Solutions, UCB, added in a statement. “This applies equally to our current expansive in-market epilepsy portfolio as well as to our exciting pipeline.”