Mobile stroke units led to a higher proportion of intravenous thrombolysis among patients with acute ischemic stroke, of whom up to one-third were treated within 60 minutes of symptom onset. 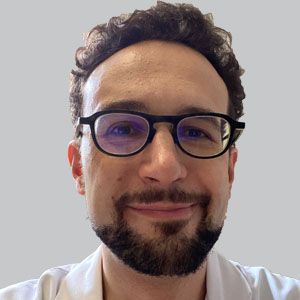 Although the benefits of mobile stroke units (MSUs) have been previously reported, a newly published, large-scale meta-analysis showed that MSU use was associated with a 65% increase in the odds of excellent outcome, a higher proportion of treatment with intravenous thrombolysis (IVT), and a 30-minute reduction in onset-to-IVT times, without safety concerns.

Studies from MEDLINE, Cochrane Library, and Embase from 1960 to 2021 that compared MSU deployment and usual care for patients with suspected stroke were eligible for analysis. Excluding case series and case-control studies, 14 articles met the inclusion criteria. Of these, 4 articles reported results of 3 randomized controlled trials (RCTs), 2 corresponded to large prospective nonrandomized intervention studies with blinded assessment of functional outcome, and 8 to other observational studies.

Led by Guillaume Turc, MD, PhD, professor of neurology, GHU Paris Psychiatrie et Neurosciences, the study used excellent outcome as the primary end point, defined as modified Rankin Scale (mRS) scores of 0 to 1 at 90 days. The risk of bias of individual studies was assessed Turc and another author who did not take part in any included study, using the Cochraine’s Risk of Bias (RoB2) and the Risk of Bias in Non-Randomized Studies of Interventions (ROBINS-I) tools for the RCTs and the nonrandomized studies, respectively.

"The main strength of this review is the use of all published data with consistent findings across studies" Turc et al wrote. "An added strength is the collection of unpublished results from peer-reviewed publications, which allowed us to obtain a more comprehensive and homogeneous analysis of clinically relevant outcomes, disentangle the results of several studies with partially overlapping sets of participants, and conduct adjusted analyses of functional outcome, therefore reducing the risk of confounding."

Onset-to-IVT time, a critical aspect of efficient stroke care, was reduced by a median of 31 minutes (95% CI, 23-39; P <.001; I2 = 47%) with MSU deployment compared with usual care, with no evidence of publication bias. This analysis included 3322 patients from 13 studies, although even after excluding studies with historical control groups, investigators found similar results. The pooled median reduction in onset-to-IVT time was slightly lower (26 minutes; 95% CI, 16-36; P <.001; I2 = 41%)when considering only the 8 studies focusing on patients with a final diagnosis of acute ischemic stroke.

Five studies that comprised of 671 patients indicated no overall evidence of a significant reduction in onset-to-mechanical thrombectomy time (pooled median difference, 27 minutes; 95% CI, –17 to 71; P = .23; I2 = 86%) when comparing MSU deployment with usual care.