The presence of laryngeal movement disorders&mdash;identified in 93% of the MSA group&mdash;may serve as a diagnostic biomarker of MSA independent of phenotype, disease duration, or patient age. 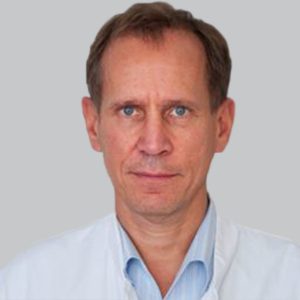 New study data suggest that laryngeal movement disorders might serve as a diagnostic biomarker for multiple system atrophy (MSA), helping to distinguish it from Parkinson disease, after systematic assessments of laryngeal dysfunction identified it as highly prevalent in these patients.1

“FEES is becoming increasingly available in neurology departments worldwide, and we therefore suggest that whenever MSA is suspected, patients should undergo a systematic and standardized endoscopic MSA&#8208;FEES task protocol assessment of laryngeal function to improve diagnostic certainty of MSA and delineation from Parkinson, taking other clinical signs into account,” Ebersbach and colleagues concluded. “Furthermore, we suggest that endoscopic laryngeal findings, above all the occurrence of irregular arytenoid cartilages movements, should be implemented into the next revised diagnostic criteria for MSA.”

Of those with MSA, 43.9% (n = 25) showed clinically overt laryngeal dysfunction with inspiratory stridor, compared to none of the patients with Parkinson. The investigators noted there was “considerable discrepancy” between overt clinical symptoms of laryngeal pathology and the abnormalities observed during the task protocol, which has been somewhat identified by prior literature, with Cortelli et al. in 2019 showing the difficultly in diagnosing inspiratory stridor in MSA.2

Additionally, they pointed to the work of Ozawa et al. in 2010, showing that irregular arytenoid cartilages movements (iACM)—which Ebersbach et al. observed in 91.2% (n = 52) of those with MSA compared to 0% of the Parkinson cohort (sensitivity, 0.9; specificity, 1.0; P&thinsp;<.0001)—are likely to precede the clinical onset of inspiratory stridor, which might explain their observations of its occurrence of iACM without inspiratory stridor.3 Ebersbach and colleagues observed that iACM were present at rest in 80.7% (n = 46) of the MSA group, and could be provoked in an additional 10.5% (n = 6) patients during a newly designed positioning task.

“Therefore, laryngeal function should be assessed as early as possible, even without clinical evidence of laryngeal motion abnormalities, when MSA is suspected,” Ebersbach and colleagues wrote. “To further support this recommendation, we performed a subgroup analysis and showed that laryngeal motion abnormalities are present as early as 1 year after disease onset. In addition, the occurrence of laryngeal movement disorders was not correlated with disease duration or age and independent of MSA phenotype and level of diagnostic certainty.”

The investigators identified a number of unknowns that require further study, including if laryngeal abnormalities allow for delineation of MSA from 4R&#8208;tauopathies, as well as in the debate around the underlying pathology of laryngeal symptoms in MSA.