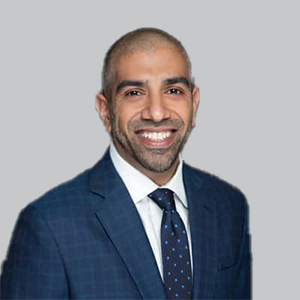 Data was based on a 11-week evaluation period, including a 5-week placebo run-off following an initial 6-week treatment period. The findings revealed statistically significant and consistent treatment-period benefits in diabetic peripheral neuropathic pain, including reductions in burning pain (P <.001 and P = .017) and sleep inference because of pain (P = .005 and P = .002).

Lead investigator Anand Patel, MD, CPI, chief medical officer at Conquest Research spoke with NeurologyLive® about the significance of the data as well as provided an overview of the study. He also noted the interactions between the drug and sleep health with patients who experience neuropathic pain as well as what should be considered in future investigations with the treatment.

NeurologyLive®: Can you provide an overview of this study and more specifically about the hypothesis going into the research?

Anand Patel, MD, CPI: This was a phase 2 study, sponsored by Lexicon, for a drug that was being evaluated specifically for efficacy and safety, regarding the treatment of patients who suffer from neuropathic pain due to diabetic peripheral neuropathy. From a background standpoint, that's the patient population that has a massively unmet need regarding viable treatment options. There hasn't really been a lot of movement in that space, or a lot of great drugs coming down the pipeline for some time.

The drug was being evaluated on the primary endpoint of a clinically significant reduction in average daily pain scores. It was a randomized, placebo-controlled study with 2 or 3 study arms. There was a placebo group, a high-dose group, and a low-dose group. They were followed over the course of 11 weeks. There was a single-blind placebo run-in the first 2 weeks after they were deemed to be eligible for screening criteria. Once we evaluated their compliance with data, compliance with medication usage, and made sure that they were appropriate in terms of pain scoring, they participated in a 6-week double-blind dosing period. Then after that, they returned back to the clinic and there was a single-blind placebo washout over the residual 5 weeks as we evaluated the patients for safety, where we continued to monitor their pain scores.

What do these results mean for patients in the future that have this condition?

There hasn't really been a tremendous amount of new drugs coming into the space. For the current landscape, you have your standard drugs such as gabapentin, lyrica, duloxetine, those are your first line therapies. If patients don't respond, clinicians might apply a second drug. But there hasn't really been anything new or exciting going on this space for some time. So now we're looking at a drug that has a unique and novel mechanism for helping patients. In the study, the drug was noted to be relatively well tolerated. There were no severe adverse events associated with drug usage in the study. It's an opportunity for patients to take a safe drug that can work potentially in complement to the current medications available or even on its own.

How generalizable are the results and can they be based on demographics?

The study was diligent about trying to enroll patients relatively equal in terms of male versus female. All patients had to have the underlying confirmed condition of diabetic neuropathy. In that sense, it's very applicable to the target patients that we're looking at. The demographic spread was about 75% White, 18% African American, and 5% Other, an accurate representation of the current US demographics. We also allowed enrollment for patients who were on medications for neuropathic pain, as well as patients who were not on neuropathic medications for pain. There was no relationship in efficacy, whether patients were on drugs or not. In that sense, it really captures a broad set of patients that represents the current patient demographics in clinicians' offices.

What else do you think should be done in future investigations?

Another common complaint of patients is that there is interference with sleep due to their pain condition. I think the first step should be to explore ways to position this drug for phase 3 studies. I think there probably is some tweaking that will be done regarding how to dose the drug. There's enough evidence here to push forward further investigation. I think it's exciting, it offers hope for patients that there might be a new novel pathway or novel treatment for this condition.

How does this condition collide with the sleep health and sleep disorders that patients might have?

One of the most common complaints in chronic pain conditions is the difficulty for patients to manage not just the sleep, but the impact that it has on other functions. This study, in addition to having patients rate their average daily pain score, they were also asked to rate interference of sleep, another excellent data point tracked in the study. When you look at the graphs of how patients in the treatment groups were responding in relationship to placebo groups, a very quick therapeutic effect occurred when the dosing was started in the double-blind placebo portion. That was also seen in sleep interference. That kind of moved in tandem together as pain reduced, and sleep interference also improved. I think that's a quality-of-life impact that should be really taken seriously, possibly as important as pain reduction.

I think sleep health is something that's really kind of getting its moment, if you will, in the spotlight in regard to how important it is to have good restorative sleep, and how much that impacts not just alertness, but also physiologically can impact health. I think when you're looking at something beyond just pain reduction, and you start to focus on restorative sleep, that also has a major impact on how this drug might help patients.

Did any of the patients that had sleep interference have a diagnosis of a sleep disorder?

That wasn't really something that was explored in great depth, and that's certainly worth exploring. But no, I think it was just more a subjective reporting by the patient of where they weren't and how they were felt regarding their ability to acquire meaningful sleep.

This is a patient population that isn't always necessarily optimally healthy. Now that we're learning more about sleep and how it impacts us physiologically, these are patients more vulnerable to having other health exacerbations. So anything they can do to lower their risk of other medical issues, becoming compounded is always ideal. Sleep restorative sleep is really becoming a major focus and it's good to see that the study addresses more than just the pain focus.