Scores reflective of tremor in each body part and task performance improved by 71% in patients from baseline before first thalamotomy to 6 months after second thalamotomy. 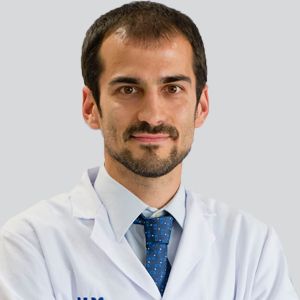 In efforts to prove whether MRgFUS bilateral thalamic ablation can be tolerated, investigators assessed 5 patients who underwent a second thalamotomy on the contralateral hemisphere for non-treated tremor after receiving unilateral MRgFUS thalamotomy at least 1 year prior.

Led by Raul Martinez-Fernandez, MD, PhD, University Hospital HM Puerta del Sur, CEU‐San Pablo University, all patients had achieved tremor control in the treated hand and did not show any permanent adverse effects from the first thalamotomy. Investigators then observed the safety of the second lesion based on an evaluation of observed and/or reported treatment-related adverse effects.

Martinez-Fernandez and colleagues noted that overall improvement in independence for activities of daily living increased by 87% (13.8 [±1.0] to 1.8 [±2.9]). Improvements from baseline before second thalamotomy to 6 months after second thalamotomy were 55% for examination of tremor in each body part and task performance, and 35% for independence for activities of daily living.

Investigators noted that further studies with a larger population are warranted to confirm this preliminary data.

Focused ultrasound has become a key therapy for patients with treatment-refractory ET. Findings from a study published in Neurology in November 2019 revealed that the benefits of focused ultrasound thalamotomy in patients with ET, including vast improvements in hand tremor, disability, postural tremor, and quality of life, were still realized 3 years after treatment.2

NeurologyLive spoke with Benjamin Walter, MD, medical director of the Deep Brain Stimulation Program at Cleveland Clinic, on the recent expansion of focused ultrasound and its capabilities to aid treatment in Parkinson disease. Watch the interview below.