Treatment with rimegepant, an FDA-approved treatment for acute and preventative migraine, resulted in decreases of more than 30% in monthly butalbital prescription fill and reductions of more than 25% in mean milligrams dispensed. 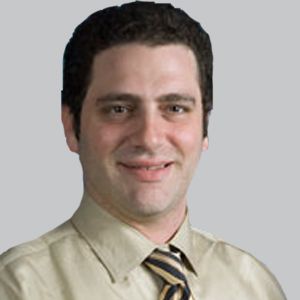 According to a real-world claims analysis of nearly 25,000 patients with migraine, treatment with rimegepant (Nurtec ODT; Biohaven), a calcitonin gene-related peptide targeted treatment, resulted in almost half of the cohort discontinuing barbiturates, and decreases in monthly prescription fills and milligrams dispensed.1

Using a longitudinal and anonymized integrated commercial medical and prescription claims database from September 2019 to April 2022, findings showed an overall butalbital discontinuation rate of 48.7% for those on rimegepant. Additionally, mean monthly butalbital prescription fills were decreased by 31.9% and mean milligrams dispensed were reduced by 26.2%.

He added, "This study has given a real-world insight into the impact that offering a more specific treatment can have on driving medication use away from older nonspecific remedies. Furthermore, by initiating Nurtec ODT, not only did patients lower butalbital use, but also reduced concurrent caffeine, acetaminophen or aspirin use due to their presence in these combination analgesics."

Patients included in the study were observed for 180 days from index fill and had at least 2 prescription fills throughout the study period. Additionally, these patients had at least one butalbital fill during the baseline observation period, which included formulations such as acetaminophen, acetaminophen/caffeine, and aspirin/caffeine. Barbiturate formulations that contained codeine were excluded from the study.

"Butalbital has a high risk of leading to medication overuse headaches and has led to the American Academy of Neurology (AAN) and the American Headache Society (AHS) to recommend avoiding its use as a first line agent in the treatment of headaches," Katherine Standley, DO, medical director, Biohaven, said in a statement.1

The findings suggests that existing migraine preventative medications are commonly prescribed in idiopathic intracranial hypertension, the most common of which were acetazolamide and topiramate.

In the 1970s and 1980s, physicians first observed associations between medication overuse headache (MOH) with analgesics such as barbiturates, codeine, and combination analgesics as well, and noticed a reduction in headache frequency with stopping drugs. Chronic medication overuse is the most significant risk factor for the development of MOH, with each class of analgesics carrying a different risk profile. Combination analgesics, particularly those containing opioids and/or barbiturates, have been previously noted to increase the relative risk for MOH by 2-fold.2

"Despite treatment guidelines suggesting that barbiturates should be avoided for treatment of migraine as the first line due to addiction potential, central nervous system effects and medication overuse headaches, barbiturate is prescribed in clinical practice, sometimes as first line in patients who are not candidates for triptans," Gil L’Italien, PhD, senior vice president, GHEOR & Epidemiology, Biohaven, said in a statement.1 "Administrative claims provide a rich source of data on treatment patterns associated with the introduction of novel medications, and the duration of follow-up affords the opportunity to assess trends associated with these transitions. Our findings support the benefit of Nurtec ODT as an effective and safe migraine treatment that can reduce the need for barbiturates."

Earlier this year, at the 2022 American Academy of Neurology (AAN) Annual Meeting, April 2-7, Rosen and his colleagues presented real-world administrative claims data which suggested decreased use of opioids among patients on rimegepant. Among a sample of 14,109 eligible patients with migraine treated with rimegepant, those with no prior triptan exposure demonstrated a 16.06% decrease in total opioid prescription fills and a 2.84% decrease in mean monthly morphine milligram equivalents (MME) dispensed over 9 months since initiation (both P <.0001). Overall, mean monthly MME dispensation trended upward before rimegepant and downward following treatment initiation. For patients with no triptan exposure prior to Rimegepant initiation, investigators observed decreases of 15.23% and 1.72% in prescription fills and mean monthly MME dispensed, respectively.3