Patient respondents documented a minimum acceptable treatment benefit of 39% if it meant it reduced their risk of long-term problems from 10% to 0%, and a lower chance of benefit to undergo noninvasive over invasive surgery. 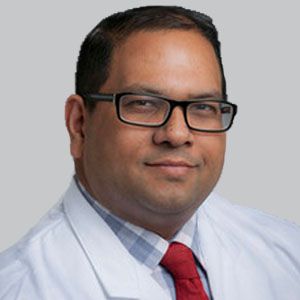 Findings from a survey administered to adults with drug-resistant epilepsy (DRE) showed that patients would rather undergo a minimally invasive procedure knowing it may be less effective than opt for open brain surgery. Additionally, they were also willing to accept lower treatment benefit to reduce risks of mortality or neurological deficits.1,2

Patients weighed treatment effectiveness, which was defined as the chance of being seizure-free for at least 2 years after surgery and surgery-related risks of adverse events, including risk of death within 1 month of surgery and risk of long-term complications after surgery. Other features observed were potential long-term complications, such as problems with memory, vision, mood, and language. Each of these attributes could have a range of values: treatment effectiveness (20%, 40%, 60%, or 70%), risk of death within 1 month (0%, 1%, 5%, or 10%), and risk of long-term complications (0%, 10%, 20%, or 40%).

Led by Saurabh R. Sinha, MD, PhD, epileptologist, Duke University School of Medicine, the survey was given to a Duke cohort identified using diagnostic codes (n = 106) and a web-recruited panel with a self-reported physician diagnosis of DRE (n = 300). The web-panel cohort was slightly younger, had a slightly higher proportion of patients taking a single antiseizure medication (ASM), and had higher overall seizure frequency.

Between the cohorts, there were no significant differences in preferences. On average, patients were willing to undergo epilepsy surgery were willing to accept a reduction in the chance of seizure-freedom from 70% in open brain surgery to a minimum-acceptable benefit (MAB) of 23% (95% CI, 3-38%) to undergo LITT rather than open surgery.

"Our work clearly shows that patients with refractory or hard-to-control seizures are willing to consider surgery and most strongly prefer a minimally invasive approach that minimizes risks and time for recovery. The growing body of published work on LITT supports the use of this technology for the surgical treatment of patients with DRE," Sinha said in a statement.1 "However, there is still a significant gap between the number of patients that would benefit from surgery and the actual number that even undergo evaluation for possible surgery, let alone actual surgery."

The results remained similar when comparing respondents who had undergone previous open resection or LITT; however, the notable difference was that there was a stronger preference for continuing with oral medications, which the investigators noted "may reflect that respondents who previously had not had surgery are more hesitant to consider a surgical procedure."

There were several limitations to the study, including the fact that answers to the survey may not accurately represent what a patient may do when facing the same decision in real-world practice. The sample was also heterogenous in terms of demographics, types and frequency of seizures, prior exposure to surgery, and prior knowledge/experience with the procedures. Sinha et al noted that the ideal patient population for this study would have been adults with drug-resistant focal epilepsy who were surgical candidates but had not actually undergone either procedure.

Sinha added in his statement that, "neurologists should be discussing these options with their epilepsy patients to bring awareness to treatment options beyond medications. The availability of minimally invasive options like LITT may encourage patients to undergo evaluation for epilepsy surgery and open up a path to improve their seizure control and quality of life."1