Motivations Behind Use of Keystroke Dynamics in Multiple Sclerosis

Michelle Chen, PhD, a neuropsychologist at Rutgers University, talked about the motivations behind her most recent published study on incorporating keystroke dynamics in MS cognition. 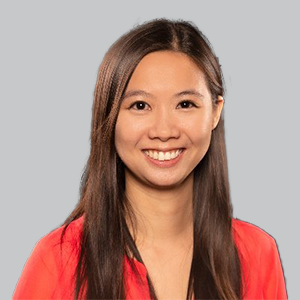 Virtual platforms have allowed researchers easier access to recruit patients for studies, which has become more of a popular approach for obtaining patient data as patients have shown to be more compliant. Not only does remote monitoring allow clinicians and patients to communicate easier during studies, it also is a lower health risk method specifically with older patients.

In a recent interview with NeurologyLive®, Chen sat down to discuss the motivations behind the study. She provided a brief overview of the study along with her hypothesis when she first went into the research. Chen, core member of the Rutgers Institute for Health, Health Care Policy and Aging Research, also mentioned what the future might look like in terms of virtually monitoring patients with MS.

NeurologyLive®: Could you provide a brief overview of the study and more specifically, what your hypothesis was going into it?

We compared a group of patients with MS and healthy controls to see between-group differences between in their typing, whether typing is related to performance on cognitive tests, and also report of their symptoms severity on self-reported questionnaires. Then what we found was that for—as what we expected—the MS group typed significantly slower than the healthy group, which would make sense. They also typed more variability compared to the healthy control group. Also typing speed was related to their performance on cognitive tests across a number of domains that are subserve by the frontal, frontal subcortical brain circuits. Things like attention, processing, speed, and executive functioning were the performance of these tests, and were all related to typing speed across both groups. Then, there was something interesting about the relationship between typing speed and autocorrect. At first, it was kind of contradictory when we found that all the healthy group had more autocorrection, more typing errors, which is not what we would have expected.

In the end, we found out there was an interaction with typing speeds. Basically, for people who are typing faster, they were also making more errors. Maybe there was a kind of a speed and accuracy trade off, where when people are typing faster, they're kind of foregoing that tendency to try to make it more correct. They're prioritizing the speed over the accuracy, which I think a lot of us can kind of understand ourselves when we're typing. You're trying to just make it fast, and you just rely on autocorrect to help you make it correct. So that was probably what was happening. People who typing faster, we found more autocorrection events.

The last set of findings was an inverse relationship between backspace use and autocorrection. Meaning, whenever they used more backspaces, there were fewer autocorrections. That validates our definition of how we conceptualize backspace use as that was a way for them to self-monitor their typing errors. When they're using more backspaces, they were correcting more mistakes, that's why there were fewer mistakes. People with healthy controls had that inverse relationship between backspace use and autocorrection was stronger because they were doing more of their self-monitoring of typing errors compared with the MS group.

What were the motivations for this type of study to be conducted and what did you want to gain from it?

Besides digital interventions, I'm really interested in how we can assess someone in their real life and their real life function, because a lot of the tests that we have are to be conducted in the laboratory setting or in a clinic setting. A lot of them don't necessarily look like what we do in everyday life. When we test their attention, it's sometimes like paying attention to something on a book or on a computer that's very arbitrary, and not similar to things that they have to do in their daily lives. That's why I'm very interested in assessing something that they already do in their life. It’s going to tell us something about their brain functioning. In this study, we're proposing that looking at keystroke dynamics, how they're typed on their smartphone, can be a proxy for real life cognitive functioning. That's really the motivation for this study to start the process of validating that, and this is just an early proof of concept study, but we're hoping to do more validation in the future.

The ultimate goal is that if we can have this assessment of real life functioning, that’s going to be more applicable in their everyday life. Also, these digital methods can be more accessible. We don't need to come into a clinic to do these tests. These are things that we can just call them, have an app installed on their phone, and track them remotely. Maybe they can reduce the number of times they have to come into the office, and we can get assessments remotely. Also keystroke dynamics, in particular, it's very passive and they don't have to do anything that's different. They're just typing as they're normally typing, and we're just monitoring something they already do. There's really limited burden from their end and then that can give us a chance to do more long term monitoring, because you're asking them to do something repeatedly. We'll be able to look at long term effects, such as effects on if they have a new medication. Whether there's any treatment effects from this medication or any side effects that could be observed remotely. Or, in the case of MS, we can maybe predict whether they're experiencing a relapse based on their typing. Those are the long term goals from this type of assessment.

I think overall the future is going to be more of these types of remote monitoring, that's going to happen and be integrated clinically. Right now, there's so many things where you have to go into a doctor's office to do certain tests. There is definitely a movement towards doing a lot more remote assessments to make things more accessible, and also getting more longitudinal data. When you have lab based visits, you can have people coming in every single day. In order to get really granular, longitudinal data over a long period of time and have very granular time points, you do need this type of remote assessment that can be enabled by digital tools. I'm really excited about the next 10 years in terms of where that can take us in healthcare, not just in neurologic care, but also other areas of health care.