To date, the connection between vascular dysfunction and tau pathology and how it affects cognition has not been well understood. 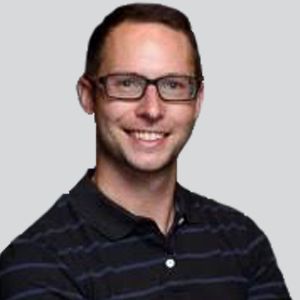 There is a connection between impaired blood flow and the build-up of tau protein in patients who have Alzheimer disease (AD), according to findings revealed on MRI and PET scans.

In a study published in the Journal of Neuroscience, a team of investigators from the University of Southern California (USC) in Los Angeles shed more light onto the vascular component of AD, noting that their findings point to the potential of a combination treatment.

“Our results demonstrate vascular-tau association across the [Alzheimer disease] spectrum and suggest that early vascular-tau associations are exacerbated in the presence of amyloid, consistent with a two-hit model of [Alzheimer disease] on cognition,” said the team led by Daniel Albrecht, PhD, a neuroimaging research fellow. “Combination treatments targeting vascular health, as well as amyloid-β and tau levels, may preserve cognitive function more effectively than single-target therapies.”

“Like the proverbial chicken and egg, it remains unclear if impaired blood flow causes or is caused by errant protein building,” they said, “or if these two symptoms occur for unrelated reasons.”

To dig deeper into this connection, Albrecht’s team used MRI and PET scans to compare blood flow and tau build-up in older adults. They examined 68 patients from USC who ranged from having normal cognition to showing signs of mild cognitive impairment (MCI), as well as a validation group of 138 individuals with MCI or AD who were enrolled in the Alzheimer’s disease Neuroimaging Initiative. Alongside their MRI and PET scans, all patients completed neuropsychological testing and were assessed for executive brain function, attention, and memory.

Based on their analysis, the team discovered that spots in the brain with more significant tau build-up also had decreased blood flow. This was particularly apparent in the inferior temporal gyrus – the area of the brain which typically experiences tau build-up in patients with AD. The team pointed out that this relationship also held true for the validation group.

"The correlation between tau and vascular function was stronger in people with greater cognitive impairment and higher amyloid-β levels,” they said. “It also appeared in more brain regions as the disease progressed in severity.”

Consequently, Albrecht’s team said, their results suggest that targeting vascular function could be key to avoiding and treating AD.

"Results from the current study provide the first evidence of associations between elevated tau PET signal and vascular dysfunction,” they said. “Take together, combination treatments targeting vascular health, as well as amyloid-β and tau levels, may be more effective in preserving cognitive function than single-target therapies.”