Over a 24-month treatment period, apitegromab-treated patients showed improvements on PEDI-CAT and PROMIS, measures of activities of daily living, and ESBBT, a muscle endurance measurement tool. 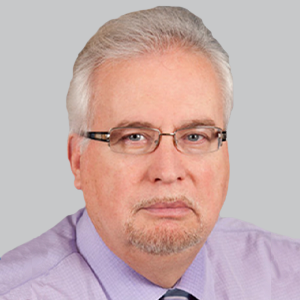 Newly announced data from the phase 2 TOPAZ trial (NCT03921528) showed that apitegromab (SRK-015; Scholar Rock), an investigational candidate for the treatment of spinal muscular atrophy (SMA), helped improve quality of life in nonambulatory patients with types 2 and 3 SMA after 24 months of treatment. These findings, presented at the third International Scientific Congress on SMA in Barcelona, Spain, are relevant for informing the therapeutic hypotheses being evaluated in the phase 3 SAPPHIRE trial (NCT05156320).1

For nonambulatory type 2 patients, 24-month treatment with apitegromab resulted in stabilization or continuous improvements in ADL, as demonstrated by a mean change from baseline of 3 points (n = 14) in PEDI-CAT scores and a mean change of 5 points (n = 10) in PROMIS scores. PEDI-CAT measures pediatric abilities through 3 functional domains, daily activities, mobility, and social cognition, while PROMIS measures mild subjective feelings of tiredness to debilitating, and sustained feelings of exhaustion.

"SMA can have a significant impact on the ability to perform daily activities but there is limited research on potential interventions to improve quality-of-life measures, such as increasing muscle endurance and reducing fatigue. These positive TOPAZ data indicate sustained improvements of quality-of-life measures over 24 months in the patient population studied,” Jay Backstrom, MD, MPH, chief executive officer, Scholar Rock, said in a statement.1 "As the phase 3 SAPPHIRE trial advances, these additional TOPAZ trial analyses coupled with the previously reported measures of motor function, such as HFMSE and RULM, continue to yield positive, consistent results, building the case for apitegromab as a promising new treatment option for patients with SMA."

Nonambulatory patients with SMA types 2 and 3 were between 5 to 21 years old and received nusinersen maintenance therapy at or after age 5. Similarly, these patients reported stabilization or increases in ADL up to a mean change of 0.7 points (n = 8) in PEDI-CAT scores, and less fatigue up to mean change from baseline of 3.5 points (n = 2) in PROMIS scores over 24 months of apitegromab. Additionally, these patients also experienced trends in improvements in fatiguability and endurance measures based on mean change in ESBBT activities, which were consistent with previously reported increases in Revised Upper Limb Module (RULM) scores assessed at 24 months.

The safety profile of apitegromab was similar to what has been previously observed. Headache, pyrexia, upper respiratory tract infection, cough, and nasopharyngitis represented the 5 most common treatment-emergent adverse events (TEAEs). Over the 24-month period, there were a total of 14 serious TEAEs, all considered unrelated to apitegromab. Notably, there were no deaths or serious adverse reactions to the study treatment.

Of the 55 patients who completed the 24-month TOPAZ extension period, 54 have opted to continue treatment in the 36-month extension period. SAPPHIRE, a phase 3 study, will assess the efficacy and safety of apitegromab in a cohort of 156 patients aged 2 to 12 years old with nonambulatory SMA types 2 and 3. The drug will be assessed in conjunction with nusinersen—similar to TOPAZ—however, those receiving background SMN treatment with risdiplam (Evrysdi; PTC Therapeutics) will also be eligible for the study. The trial is also expected to have an exploratory population that includes 48 patients aged 13 to 21 years with nonambulatory SMA types 2 and 3.2

At 24 months, the pooled nonambulatory group experienced a change of 1.9 points (95% CI, 0.8-3.0) in RULM, an increase from 1.3 points (95% CI, 0.2-2.3) observed at the 12-month period. Excluding those with scoliosis surgery, the change increased to 2.3 points (95% CI, 1.2-3.4). Dose response continued to be observed across the 24-month treatment period based upon HFMSE scores and pharmacodynamic data, measured by serum latent myostatin concentrations, with signs that there may be further HFMSE increases as nonambulatory patients originally receiving the low dose switched to the high-dose treatment.