The early-stage clinical trial will include 40 healthy volunteers to evaluate the safety and immune response of an investigational EBV gp350-Ferritin nanoparticle vaccine with a saponin-based Matrix-M adjuvant. 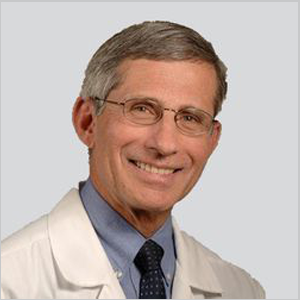 Months after data further confirmed the link between multiple sclerosis (MS) and Epstein-Barr virus (EBV), the National Institute of Allergy and Infectious Disease (NIAID), part of the National Institutes of Health (NIH), announced a new phase 1 study evaluating an investigational preventive vaccine for the virus, also known as herpesvirus 4. Participants will be followed for 18 to 30 months, and the trial is expected to last 4 years.1

Led by Jessica Durkee-Shock, MD, assistant research physician, Laboratory of Infectious Diseases, NIAID, the study will assess safety and immune response of a gp350-Ferritin nanoparticle vaccine with a saponin-based Matrix-M adjuvant. The vaccine, developed by the Laboratory of Infectious Diseases in collaboration with NIAID’s Vaccine Research Center, is designed to target EBV glycoprotein gp350, which is found on the surface of the virus and virus-infected cells.

Conducted at the NIH Clinical Center in Bethesda, Maryland, the trial will include 40 healthy volunteers aged 18 to 29 years, half of whom had evidence of prior EBV infection and the other half did not. The adjuvant, developed by the biotechnology company Novavax, is intended to enhance the immune response induced by the investigational vaccine.

The glycoprotein gp350-targeting vaccination, injected in the upper arm muscle, will be given in a series of three 50-mcg sessions, followed by 30 to 60 minutes of observation after each dose. Following the initial dose, patients will receive their second and third doses at 30 and 180 days, respectively, with follow-up visits between each injection and phone call between visits.

For decades, there have been thoughts that EBV and MS may be linked; however, the evidence was not fully convincing. In January 2022, a study published in Science that featured data on more than 10 million young adults on active duty in the US military provided a strong argument that the autoimmune disease was in fact, a possible complication of infection of EBV. Of that cohort, 995 were diagnosed with MS during their period of service. Led by Alberto Ascherio, MD, DrPH, the study suggested that those who were infected with EBV had a 32-fold increased risk of developing MS, with no increase observed from other viruses, including the similarly transmitted cytomegalovirus.2

EBV is quite common in childhood, although most people will contract the virus at some point in their life. It is most commonly spread through bodily fluids, primarily saliva; however, it can be spread through blood and semen during sexual contact, blood transfusions, and organ transplantation.

For each MS case in the cohort, Ascherio and colleagues identified up to 3 serum samples collected before the date of MS onset. Cases were matched to 2 randomly selected individuals without MS of the same age, sex, race/ethnicity, branch of military service, and dates of collection of blood samples of who were on active military duty when the case was diagnosed. Among the 801 MS cases, only 1 individual was EBV-negative at last blood collection, which took place a median of 1 year before MS onset.2

The connection between MS and EBV is not new; however, the newly announced phase 1 study remains only 1 of 2 studies to test an investigational EBV vaccine in more than a decade.1 There have been increased efforts to create therapeutics to target EBV, specifically in patients with MS, most notably with Atara Biotherapeutics’ investigational agent ATA188. In a phase 1/2 clinical trial of patients with progressive MS, the novel therapeutic which targets B-cells that have been infected with EBV, demonstrated a sustained clinical benefit over 39 months.

Following Ascherio’s research, NeurologyLive® convened a panel of experts to discuss matters of MS etiology and the role of EBV. In the episode below, the panelists debate the possibility of EBV-targeted treatments for MS.