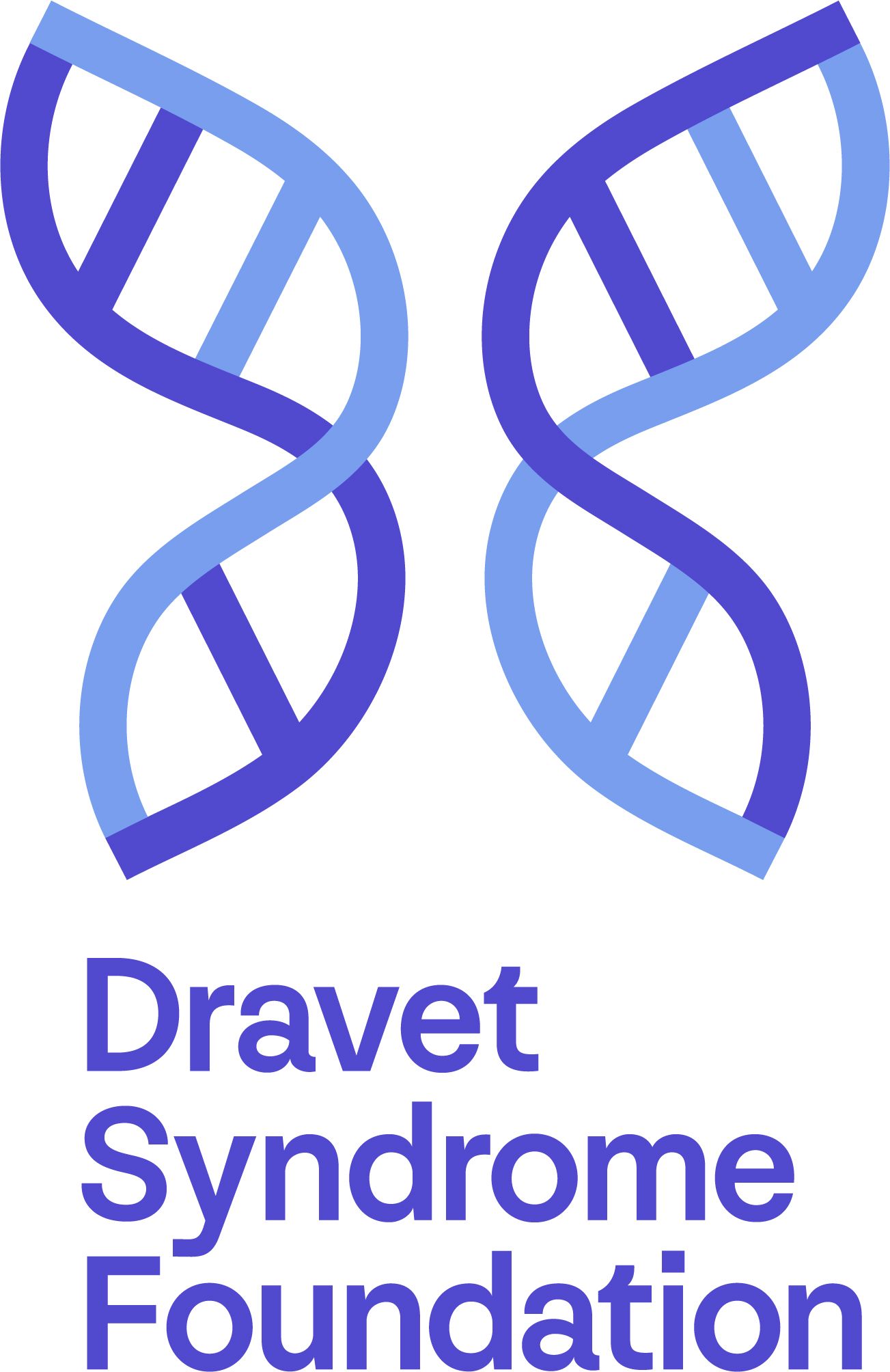 Progress in therapeutics and diagnosis over the past decade has dramatically shifted the treatment landscape for this genetic epilepsy and rapidly advanced patient care.

THE PAST 10 YEARS have brought incredible advances in the diagnosis and treatment of Dravet syndrome (DS). What was once considered a rare epilepsy syndrome with limited treatment options is now being increasingly diagnosed, and diagnoses seem to be occurring at an earlier age.

This progress is largely due to increased awareness on the part of clinicians as well as caregivers, who may rely on the internet and/or social media to arrive at the most accurate diagnosis they can for their child. These earlier diagnoses are also being driven by the more widespread availability and access to genetic testing, which allows clinicians to obtain an expanded epilepsy gene panel in a young child with a newly presenting epilepsy who may or may not have declared themselves with the “classic” presenting DS phenotype.

In parallel with this increased awareness has come unprecedented interest of pharmaceutical companies to test novel therapies, with the goal of reducing seizures and ultimately improving overall quality of life. This interest has led to a host of clinical trials, resulting in the FDA approval of 3 new medications in just the past 4 years and many other therapies in various stages of clinical development. Despite these additional safe and effective treatment options, there continues to be a large unmet need because, unfortunately, most patients still do not experience prolonged periods of seizure freedom; in addition, the coexistence of the various comorbidities has a significant negative impact on overall quality of life.

Thankfully, as we move more in a direction of disease-modifying therapy, some potential interventions are well positioned to start addressing these comorbidities.

In one of the largest surveys of caregivers of patients with DS, a European study of 584 unique responses highlighted the state of DS in 2016, with less than 10% of patients being free of seizures in the preceding 3 months. Furthermore, trends toward earlier diagnosis were seen: More than 50% of those younger than 5 years had a time to diagnosis of less than 6 months compared with only 2% of those 12 years and older, with more than 70% of this older age group taking 3 or more years from initial symptoms to receive a diagnosis of DS.1 At the time of this survey, no medications were specifically approved for DS in the United States.

Making an accurate and early diagnosis not only impacts the specific medications to consider but, and equally as important, informs us as to which medications to avoid. A 2018 study showed the impact that duration of contraindicated medication (CIM) use has on subsequent cognitive outcomes, with those who had been exposed to a CIM longer than 11 months having significantly lower developmental quotient/IQ scores compared with those who had not received a CIM or had received a CIM for less than 11 months.2

In 2000, stiripentol (Diacomit; Biocodex, Inc) was the first medication to be specifically studied in a small cohort of DS patients, in which 71% of patients receiving stiripentol had a 50% or greater reduction in generalized tonic-clonic or clonic seizures compared with only 5% of those who received placebo. Impressively, 9 of the 21 patients who received stiripentol were seizure free during the 2-month treatment period compared with none of the patients who received placebo.3 All patients in this study were also on concomitant valproate and clobazam. Due to limited follow-up studies, the FDA did not approval stiripentol until 2018, despite many US physicians being able to obtain the agent for their patients through individual compassionate-use investigational new drug applications.

It was not until 2014 that the next trial specifically focusing on patients with DS opened to enrollment. This initial double-blind, placebo-controlled study of cannabidiol (Epidiolex; GW Pharmaceuticals) met its primary end point, with a 39% median reduction in seizures compared with a 13% reduction in those receiving placebo4; a second study exploring 2 different doses also met its primary end point, with percentage reductions from placebo of 29.8% and 25.7% in the 20 mg/kg/day and 10 mg/kg/ groups, respectively.5 The treatment was well tolerated, and the most common adverse effects were diarrhea, vomiting, decreased appetite, and somnolence. In 2018, the FDA approved cannabidiol for seizures associated with DS.

In 2015, a double-blind, placebo-controlled study of fenfluramine (Fintepla; Zogenix, Inc) met its primary end point, with the higher dose of 0.7 mg/kg per day showing a 62.3% greater reduction in mean convulsive seizures compared with placebo. All key secondary end points were also met. Most notably, 50% of patients in the high-dose group and 23% of patients in the low-dose group (0.2 mg/kg per day) experienced a 75% reduction or more compared with only 2% in the placebo group.6 Near seizure freedom, defined as 0 or 1 seizure during the entire 14-week treatment period, was achieved in 25% of the high-dose group and 12.8% of the low-dose group.6 The treatment was well tolerated, with the most common adverse effects being decreased appetite, diarrhea, fatigue, and decreased weight. Despite the historical concerns regarding cardiac risk and fenfluramine exposure, no instances of cardiac valvulopathy or pulmonary hypertension occurred in any subject at any time.6 In 2020, based on these findings together with another study with concomitant stiripentol,7 the FDA approved fenfluramine for seizures associated with DS.

Despite a lack of understanding of the full mechanisms of action for each of these 3 antiseizure medications, it is widely accepted by clinicians that they work in different ways without much mechanistic overlap. This allows for rational polypharmacy with each of these agents to try to achieve the best seizure control with limited and tolerable adverse effects. Today it is not uncommon for many patients to be on combination therapy of 2, or even all 3, of these medications.

Additional mechanisms are also being explored with various agents in different stages of clinical trials, including soticlestat, a cholesterol 24-hydroxylase inhibitor, as well as clemizole, lorcaserin, BMB-101, and LP352—all of which, like fenfluramine, act via the serotonin pathway, but with different potencies or selectivity to different serotonin receptor subtypes.

With more proven safe and effective treatment options, the treatment landscape for patients living with DS in 2022 has changed dramatically; however, an ongoing unmet need remains for better seizure control and much-needed interventions to improve many of the nonseizure outcomes. A post hoc analysis of patients who enrolled in the various fenfluramine trials and received at least 1 year of treatment in the open-label extension study was done to evaluate for clinically meaningful changes on the Behavior Rating Inventory of Executive Function. In the 58 children included in this analysis, 45 (78%) achieved a greater than 50% reduction in seizures, with clinically meaningful improvement on both the emotional regulation index and the cognitive regulation index.8 These findings support the notion that nonseizure outcomes can improve in this patient population and allows for redefining our treatment goals as we strive to treat all aspects of the syndrome.

Our current understanding of the underlying pathophysiology of DS being caused by pathogenic gene variants that lead to NaV1.1 haploinsufficiency sets the stage for possible disease-modifying interventions that would ideally address more than just seizures. Families and caregivers aspire to stop neurodevelopmental stagnation and reduce the impact on their families’ well-being, with a particular desire to improve all aspects of communication, including both expressive and receptive language delays.9 Although many clinicians believe earlier diagnosis and more targeted syndrome-specific management with both aggressive seizure rescue plans and individualized antiseizure medication management can improve some of these outcomes, the community acknowledges this is not addressing the underlying cause. At present, 2 approaches in the later stages of development serve to address this.

STK-001, an antisense oligonucleotide approach being developed by Stoke Therapeutics, Inc, has been shown in the Scn1a mouse model of DS to increase productive messenger RNA transcript and NaV1.1 levels to that of wild type and, more importantly, reduce seizure frequency and increase long-term survival.10 This targeteaugmentation of nuclear gene output, or TANGO, approach is delivered intrathecally via lumbar puncture and is currently being studied in a phase 1/2a first-in-human clinical trial (NCT04442295) evaluating both single and multiple ascending doses given at various intervals. Preliminary results are encouraging: The therapy has been well tolerated, and 70% of patients—including 100% of those in the cohort aged 2 to 12 years—have experienced some reduction in convulsive seizures. Additional outcome data are expected soon for those receiving the higher doses, and prospective cognitive and neurodevelopmental assessments are ongoing.11

Another novel, potential one-time disease-modifying approach to address the underlying NaV1.1 haploinsufficiency is being developed by Encoded Therapeutics. Called ETX101, it is an adeno-associated virus serotype 9 SCN1A gene regulation therapy that expresses an engineered transcription factor to upregulate the SCN1A gene from the endogenous genome, along with a cell-selective regulatory element to target transgene expression specifically to GABAergic inhibitory interneurons. A single bilateral intracerebroventricular (ICV) injection of ETX101 in DS mice reduced the frequency of spontaneous and hyperthermia-induced seizures and prolonged survival for up to 470 days post dosing.12 In nonhuman primates, delivery of ETX101 by unilateral ICV injection led to widespread vector biodistribution and transgene expression throughout the brain. The interventional study of ETX101 is planning to enroll the first patient in late 2022.

Although each of these approaches have different routes and frequency of dosing and use different mechanisms of achieving upregulation of functional NaV1.1 channels, both approaches have the potential to address the full range of symptoms that affect patients with DS by correcting the underlying NaV1.1 haploinsufficiency. Further data are needed for each approach to understand the full safety profile and whether there is an optimal age window to achieve maximum benefit. Still, clinicians and caregivers remain excited about this new direction.

Could it ever be “too late” to intervene with a disease-modifying therapy? Because mouse models of DS develop symptoms around P18-24, a study in a DS mouse model was able to conditionally activate the Scn1a silent allele at various time points during disease progression. When Scn1a expression was reactivated at P30, not only were seizures suppressed, but the hyperactivity and cognitive deficits were also rescued. Furthermore, when reactivated later at P90 (corresponding to a 20-year-old human), rescue of seizures was also achieved.13

Whether this is translatable to humans across the age spectrum remains to be seen. But many clinicians who care for patients with DS agree that it is never too late to pursue syndrome-specific treatments, and it is our hope that this will apply to disease-modifying therapies as well.

From the original description of DS by Charlotte Dravet in 197814 to the discovery of the SCN1A gene being the primary cause in 2001,15 this childhood-onset epilepsy syndrome has attracted more attention than any other. Thankfully, this has led to the availability of more effective treatment options for seizures and, more importantly, to the study of some novel, potentially disease-modifying approaches that, if effective, could not only dramatically improve the lives of those living with DS now, but could change the face of the natural history of the syndrome as we know it.