Nine of 15 tested patients in the intrathecal stem cell group had a reduction of more than 50% in neurofilament light levels, compared with only 1 of 15 in the placebo group. 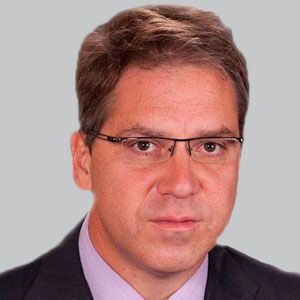 Following 6 months of treatment with IT NG-01, patients demonstrated a median reduction of 63.5% in cerebrospinal fluid (CSF) NfL levels, whereas those in the placebo group showed an increase of 47.5%, indicating deterioration. A smaller, more insignificant reduction was seen among patients who received NG-01 intravenously (IV).

"Progressive MS is a debilitating disease without effective treatment options that can substantially suppress the progression of disability," lead investigator Dimitrios Karussis, MD, PhD, director, MS Center at Hadassah Medical Center, Jerusalem, said in a statement. "This novel trial evaluated not only the clinical effects induced by the stem cell therapy, but also the effects on the most reliable and accepted biomarker of neurodegeneration, NfL."

The final analysis of the phase 2 randomized, double-blind clinical trial included 44 participants who were randomized to either IT (n = 15) or IV injection (n = 15) of NG-01 or placebo (n = 14). CSF samples collected at baseline showed that NfL concentrations were exceptionally high in almost all patients (>10,000 pg/mL in 8 of 15 in IT group, 7 of 15 in IV group, and 7 of 14 in placebo), indicating an aggressive disease behavior.

Nine of 15 patients in the IT group showed a reduction in NfL levels of more than 50% (median decrease, –4449 pg/mL) compared with only 1 of 14 patients in the placebo group (X2 test, P = .001). Furthermore, 8 of 9 patients who demonstrated this reduction had either stable or improved Expanded Disability Status Scale (EDSS) scores, and 7 of 9 patients improved in the sum score of all the functional systems of the EDSS, at 6 months. At 12-month follow-up, 8 of 9 individuals continued to show an improved score.

"We therefore believe that our findings are extremely encouraging and taken together with the long-term clinical results, that showed stabilization and even functional improvement in 22 out of the 24 participants up to 4 years after the initiation of treatment, provide substantial optimism for the future of management of progressive MS and neurodegenerative diseases in general," Karussis added.

The CXCR5 ligand CXCL13, the most potent B-cell chemoattractant, has been previously shown to be associated with disease exacerbations and unfavorable prognosis in MS. Furthermore, high CXCL13 levels have even predicted the conversion of clinically isolated syndrome to MS.3 At 6 months of treatment of IT NG-01, CXCL13 levels were reduced (mean change, –11.22 pg/mL; median, –2.29) whereas they significantly increased in the placebo group (median change, +89.8 pg/mL; median, +15.5; Wilcoxon signed rank test, P = .012). Notably, the trend of reduction found in the IT group did not reach statistical significance in comparison to the change observed in the placebo group. No changes were detected in the IV treatment group (P = .975).2

"We are extremely pleased to witness the significant protective effect of our NG-01 cells on NF-L and the very encouraging long term clinical results in MS and ALS," Tal Gilat, chief executive officer, NeuroGenesis, said in a statement.1 "We are currently working on expanding our manufacturing capacity in the US in preparation for our multicenter phase 2b trial in secondary progressive MS that is planned to begin in late 2022."

MSC therapy has become a more commonly explored option to tackle progressive MS, a patient population that has few available treatment options. BrainStorm Cell Therapeutics’ NurOwn MSC-secreting neurotropic factors therapy has shown promise in its early pipeline history, most recently meeting the primary end point of safety in a phase 2 open-label trial. Jeffrey Cohen, MD, director of the Mellen Center for MS Treatment and Research at Cleveland Clinic, sat down with NeurologyLive® following those results, to discuss the outlook of MSCs and the future they have in treating progressive MS.