About half of national (49%) and international trainees rarely or never counseled patients on sudden death in epilepsy, despite the majority reporting seeing at least 45 patients with the condition during their training. 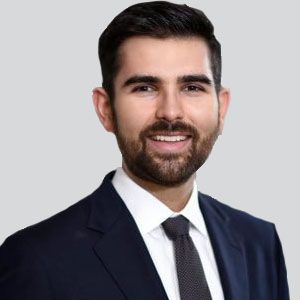 Lead author Fabio Nascimento, MD, clinical fellow, Massachusetts General Hospital, and colleagues evaluated the baseline SUDEP knowledge and SUDEP counseling practices of 171 adult neurology trainee respondents in the US and 171 respondents outside of the US. Those outside of the US were from 25 Latin American, European, Asian, and African countries.

While a large majority of US residents reported being familiar with the term SUDEP (97%) and its definition (93%), familiarity with its risk factors was reported by 61% of respondents and potential mitigation SUDEP strategies by 63%. Notably, only 44% had any formal education about SUDEP.

"There's a good chunk of residents that didn't get formal education about it [SUDEP]. If you're not educated about it, you don't feel comfortable talking to your patients about it. Even for those trainees who have been educated about it, it's still a delicate issue," Nascimento told NeurologyLive.

In the US cohort, 63% of residents reported caring for at least 45 patients with epilepsy during their training. Despite the vast majority of residents (94%) having seen up to 50% of these patients in continuity clinics, 49% reportedly never or rarely discussed SUDEP with their patients or caregivers. Caring for 31-45, 16-30, and 0-15 patients with epilepsy during training was reported by 12%, 14%, and 11% of remaining residents, respectively.

READ MORE: Neurodevelopment Not Impacted by Maternal Antiseizure Medication Use

Familiarity with SUDEP risk factors continually grew as postgraduate year (PGY) experience increased. These parallels were true for both the US and international cohort, with similar results also shown for familiarity with potential strategies to prevent SUDEP.

"There's not a medication, unfortunately, or anything you can do or prescribe for SUDEP. It really entails you knowing, or selecting the high-risk patients and counseling them in an appropriate fashion," Nascimento added. "You should be compliant with their medications because then you're not going to have convulsive seizures and therefore, your risk for SUDEP is lowered."

Programs that received the survey and participated in the study were all listed on the Accreditation Council for Graduate Medical Education (ACGME) website. Nascimento and colleagues noted there are limitations to the data, including the relatively small number of trainees, especially those who international. Results were also based on self-reported measures rather than more objective measurement of SUDEP knowledge.

Nascimento has been at the forefront of taking an analytical approach to addressing gaps within epilepsy education. In December 2020, he published a study identifying a lack of consistency in teaching and evaluating residents on electroencephalogram (EEG) during residency. In the same study, he presented EEG education barriers alongside possible solutions.2

Nascimento sat down with NeurologyLive to discuss these results, as well as provide insight at the reasons he conducted his research. Watch what he had to say below.