The director of the Comprehensive Center for Brain Health at the University of Miami Miller School of Medicine provided context on greenhouse spaces and their preventive benefits in Alzheimer disease. 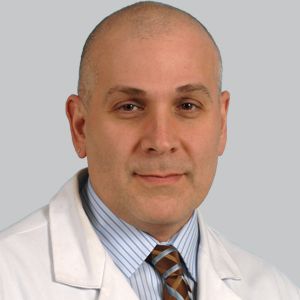 In recent years, a growing evidence on several lifestyle decisions and factors has helped increase the public’s knowledge on ways to mitigate the risk of developing Alzheimer disease (AD). Although some risk factors such as age or genes cannot be changed, other risk factors such as high blood pressure and lack of exercise can be directly influenced by an individual themselves. A new emerging area within the space has been the association between neighborhood greenspaces and cognitive and brain volume measures.

On a new iteration of NeuroVoices, senior author James E. Galvin, MD, MPA, sat down to discuss the findings in detail and provide more background their clinical significance. Galvin, director of the Comprehensive Center for Brain Health, University of Miami Miller School of Medicine, noted that this new social determinant of health should be in the same category as other controllable factors towards AD risk.

NeurologyLive: What was the motivation behind this study?

James Galvin, MD, MPH: For this particular project, I was the mentor for Lilah M. Besser, PhD, MSPH, who’s an urban planner [and an assistant professor in the Department of Urban and Regional Planning and the Institute for Human Health and Disease Intervention at Florida Atlantic University]. She was interested on the potential effects of both the built environment and greenspace in terms of brain health. We’ve collaborated on several projects looking at existing datasets. There are a number of longitudinal studies that have collected both health and cognitive measures, as well as enough information for which global informational satellite processing can be done to look at the relative contributions or existence of greenspace. That includes parks and open greenery areas to see where people were in midlife and where they were later in life to see if exposure to greater greenspace leads to a healthier brain.

What is the clinical relevance of these data? How can clinicians and world leaders interpret/apply your findings?

As we understand more about brain health and the development of Alzheimer disease, there are a few things which we have no control over, like age, sex, and our genes. But we’re understanding more that there are things we have some control over. About 40% of the attributable risk of Alzheimer disease can be explained by things that we have at least some control over in the course of our life. This includes things like your formal schooling and educational attainment. It also includes social habits like drinking and smoking, as well as management of existing diseases such as diabetes or high blood pressure. It also includes things that we have some control around our environment, like physical activity, cognitive activity, or our diet.

Another aspect is how much time we spend in the world. Our data, and the data of other researchers, has suggested that exposure to greater amounts of greenspace, seem to show evidence for better cognitive performance in later life and larger brain volumes, particularly hippocampal volumes. The hippocampus is thought to be the seat of short-term memory. We’ve been able to demonstrate a link between this and across multiple datasets. We’re using these independent datasets that have been collected in longitudinal studies, which reaffirms the fact that these are things that we can think about when developing smart cities going forward. We also want to get outside of our house or office and experience the beauty of the world as it is.

This is important for Dr. Besser on the urban planning side as well. How do we design cities in ways that get people the opportunity to get exposure? For people who live in the country, there’s obviously more greenery. But for people who live in the cities, is the brain health of these people better than cities that don’t have a lot of parks. In New York, there’s Central Park, which is a big park, but not that big. The largest inner-city park is in Fairlawn Park, Philadelphia. I was in St. Louis for 10 years and Forest Park is about 3 times the size of Central Park. When I was in St. Louis, the facilities in the park were all free. This included the zoo, science museum, history museum, art museum, etc. People who could afford it, joined, and paid a membership fee that basically defrayed the cost so that everybody could experience the park. I use St. Louis as an example because it about 3 and a half times the size of Central Park. The ability to be out in the park and get the opportunity to be in the greenspace is a great advantage. I felt better for being in it, but our data would suggest that my brain is better for being in it as well.

Are there other social determinants of health that should be researched within the Alzheimer disease space?

We can look at both risk or vulnerability aspects, as well as resilience or protective benefits. If we think about the resilience or protective things, there are 6 elements now that are picking up steam. The first is physical activity. People who are more physically active, have healthier brains. Next is high amounts of cognitive and leisure activities, not just formal schooling, but doing activities such as lifelong learning, art, games, and other things that keep their mind active. Social engagement is another aspect as well. People who are more social active and connected seem to have some protective benefits. Diet, particularly following a heart-healthy, brain-healthy diet. We promote the MIND diet. I didn’t develop the MIND diet, but we do use that as a platform for our nutritional approaches. Mindfulness, people who are more mindful, dissenter, and don’t let the weight of the world bear them down, seems to be a protective factor. Lastly, is the broader idea of cognitive reserve. How do we build a better brain through early and mid-life? There’s a lot of things that go into that, including where you choose to live and your ability and access to greenspace.