The director of the John P. Hussman Institute for Human Genomics at the University of Miami provided context on the influence that genetics will have in drug development for Alzheimer disease in the coming years. 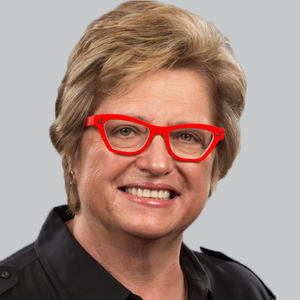 Over the years, there have been several failed attempts to expand the toolbox of therapies that clinicians who treat patients with Alzheimer disease (AD) have at their disposal. Part of the problem has been attributable to the complexity of the disease, and difficulties understanding true efficacious effects. The typical model for drug success—even truer in AD—involves evaluating agents in homogenous, similar, and alike populations, thus erasing variance; however, the risk of AD becomes greater based on genetic ancestries, possibly complicating this approach.

Pericak-Vance, the director of the John P. Hussman Institute for Human Genomics at the University of Miami Miller School of Medicine, is among other primary investigators in a new, large-scale, international genetic study of AD in people of Hispanic and African Ancestry. Serving as the Dr. John T. Macdonald Foundation Professor of Human Genetics, Pericak-Vance will oversee several domestic and international sites. In a new NeuroVoices, Pericak-Vance discussed the differences in genetic associations and their role in drug development, the value of apolipoprotein (APOE) and non-APOE genes, and the outlook of gene therapies in AD.

NeurologyLive®: What other non-APOE genetic associations do we know about regarding Alzheimer disease?

Margaret Pericak-Vance, PhD: There are about 25-plus genes that came out of the Kunkle et al1 paper all across the genome that have varying effects that have been replicated since then. We know quite a few genes are working their way into clinical trials. In African American individuals, the ABCA7 gene, which is another risk factor, also found in European populations, but it has a much larger effect when we look at populations of African ancestry. We’ve identified pathways and that’s coming together. Now, having these different layers and different diverse groups, we can look for commonalities across groups, not just where the differences are. We may see a gene and it may be critically important, but the variants—specific variants within the gene—are different across populations and we know this. Is there any clinical phenotype? Can you pull out any of this phenotype information? What’s clinically different across these groups depending on their genetic risk score?

The other reason is to pull together a genetic state of biomarker data because the key thing is to be able to identify people at high risk early because if you have a therapy or a prevention, you can get them on it before damage is done to the cells. It’s not just about finding a therapy, it’s about understanding risks, who’s at the highest, and when to intervene so that you’re going to make the most difference.

We’re at the tip of the iceberg in terms of the next 20 years and I think we’re going to make a huge change in the trajectory. That trajectory projected by the Alzheimer’s Association, who always has the most updated numbers on how many trillions of dollars it will cost in 2050 if we don’t find a cure, you hope over time is going to be cut. What’s interesting is it’s a global problem. We talk about it because we’re in Miami, with a lot of Hispanic and African ancestry individuals, but we’ve also started a large collaboration to increase the Asian-American representation in discovery for Alzheimer disease. They have participants from India and all over the world. Over the next decade, you’re going to see some things moving along into therapies, we’re going to know more about prevention, and we’re going to be able to globally make an impact on the disease.

What role does genetics play in drug development? Should it have an increased role?

It’s going to be a key role as genetic-based therapies are more successful in the clinical trial phase. You need large populations to be able to cipher out. Alzheimer disease is a complex disease, it’s not a single-gene disorder like some of the rare early onset forms, the presenilin. It’s taken a while to be able to get the participants and the samples necessary to be able to do this research, also while being expensive. But it’s truly the key for the future. You’ll see more and more of it. What you do through genetics is identify potential targets or variants, and then you take it to the next level to see their function and whether they can be a good target. What pathway are they in? Are we looking at a number of genes? Is there something that maybe this gene isn’t a good target, but there’s something in the pathway that we could alter.

We’re also not just looking at correcting something that’s wrong. We’re looking at things that may prevent Alzheimer disease. For example, evaluating successfully aged individuals. We have a study in the old Amish where we’re looking at people who successfully cognitively age, and trying to see how they are different than individuals in the population that have cognitive impairments. Do they have these high-risk variants but also a protective variant? That’s another thing. In terms of APOE in the African background, can we find something on that piece of DNA next to APOE that’s different in these individuals that’s protecting or shutting down what the APOE does?