The director of medical outpatient services at the Kennedy Krieger Institute discussed the changes and implications of new CDC guidelines on developmental milestones for growing children. 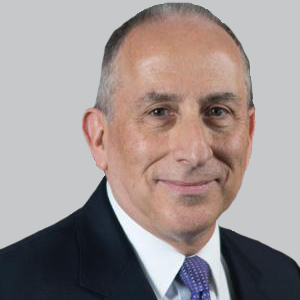 Typically, parents and clinicians will monitor their child’s development based on milestones, such as crawling, walking, and speech, among others. After several years of research and discussion, in February 2022, the Centers for Disease Control (CDC) and American Academy of Pediatrics (AAP) announced they were updating the “Learn the Signs. Act Early.” guidance milestones. These new CDC milestones, which expand upon those created in 2004, are infant development checklists that help determine the need for developmental screenings.

Some of the noteworthy changes included adding checklists for ages 15 and 30 months, as well as identifying additional social and emotional milestones such as smiling on their own to get attention. Additionally, the new guidelines removed vague language like “may” or “begins” when referring to certain milestones, removed duplicate milestones, and revised and expanded tips and activities for developmental promotion and early relational health.

Paul Lipkin, MD, a member of the AAP Section on Developmental and Behavioral Pediatrics and Council on Children with Disabilities who assisted with the revisions, sat down with NeurologyLive® to discuss them in detail. In a new iteration of NeuroVoices, Lipkin, who also serves as the director of medical outpatient services at the Kennedy Krieger Institute, provided background on the guidelines, clarified some of the most notable take-home points of which clinicians and parents should be aware, and how traditional pediatric neurologists have assessed children who fail to meet certain developmental milestones.

NeurologyLive®: How did these new milestone guidelines come about?

Paul Lipkin, MD: For a very long time, pediatricians have been working to identify children with developmental problems. It goes back nearly a century when this practice was begun, and the notion of developmental milestones was created. They were championed particularly by a man named Arnold gazelle, who was a clinician scientist in pediatrics at the Yale School of Medicine at the time. And we've been using milestones ever since as a way to track a child's development over time and look over particular time points when they achieve certain skills. Amazingly, we've been using the same milestones for many decades, with very limited foundation for the ages that have particularly been perpetuated and disseminated over time.

If you were to look at milestone lists prior to this publication, you will see a lot of the milestones are based upon references of references of references, and with a limited, strong foundation in research for these milestones. About two decades ago, the CDC took on an effort to try to educate the public about children's early development through the "Learn the Signs. Act Early.,” program. They, themselves incorporated developmental milestones within that. They’ve been using the same milestones that have been used from other sources, and used quite commonly, and that were essentially perceived by others as written in stone. But in fact, those of us who have been involved with early child development and developmental disabilities, knew some of the limits of those.

The CDC was interested in updating their "Learn the Signs. Act Early.," program, as they partnered with the American Academy of Pediatrics. They've had long term partnerships around these efforts to work towards an improved set of milestones aimed at better and early identification of children with neurodevelopmental abnormalities. An expert group was convened, partially staffed by people from the CDC, and partial staff from AAP-recommended experts on the panel, and we worked together to take a fresh look at the developmental milestones and come up with what we think would what we hoped would be the most accurate milestones available for parents and professionals for tracking children.

Have there been complexities with understanding whether children are reaching milestones?

Yes, there have. Historically, the milestones that people have been hearing about: when should a child walk? When should a child say their first word? The numbers that have been perpetuated over time had been the 50th percentile based on some measures in the past. And of course, if you use the 50th percentile, that means half as many children are not doing it as high as those who are. Is that really an appropriate milestone to give parents? And so, we question that long standing practice over time. At the same time, the milestones that were being used for all these decades were based upon Dr. Gesell’s early models of an understanding of child’s development. We're all familiar with gross motor and fine motor development. We're all familiar with the language and what's been called personal social development.

With the improved interest and understanding around autism, it also became recognized that the paradigm was not well focused on identifying these children on the autism spectrum. In addition to the limited scientific foundation for some of the milestones, as well as a limited span of milestones being covered, we thought that it was time to take a complete fresh look at the milestones with the aim of identifying children with a wide range of neurodevelopmental problems or children with motor delays, particularly gross motor problems that will evolve into issues. So, in conditions like cerebral palsy or muscular dystrophy, what do you do with the complexities of early language development? When is a delay in acquiring vocabulary or saying words, a real concern? When is it a mild concern? And when is it a sign of something greater, such as something on the autism spectrum, or intellectual disability? That fresh look guided us in terms of the revisions we wanted to make.

How has the child neurology community typically reacted when an individual is not meeting these milestones?

The use of developmental milestones, and their importance to professionals, as well the public, became more obvious and what drove some of these changes. We wanted to make sure that developmental surveillance was a process that the pediatricians, the child neurologists, the other health care professionals involved in child health, could feel confident about, and that parents can monitor on their own to some extent as well, and speak to the professionals when the milestones were based on 50th percentile and when they were based upon loosely defined milestones, without any clear standards. The professional is often left in a situation, being unsure what it meant if a child was a little bit delayed.

The classic practice was, "Alright, well, it might not be anything, let's wait a little longer. Let's see him next time and see what's going on with him." The practice probably ended up resulting in a child being delayed in their identification. While parents were having concerns, the professional didn't have a good foundation to steer them towards the next steps in the process. That next step in the process ends up being really critical for the health care professional, for the child neurologist, for the specialty pediatrician, because that means that will begin a cascade of further interventions, further evaluations, further treatments in one way or another. We want to make sure that we're doing that as accurately as accurately as possible, not raising concerns unnecessarily and at the same time, not dismissing concerns unnecessarily as well.