The chair of the nephrology division at Mayo Clinic provided context on new findings on the risks of preeclampsia, a hypertensive disorder, and elevated levels of neuroinflammation and neurovascular damage. 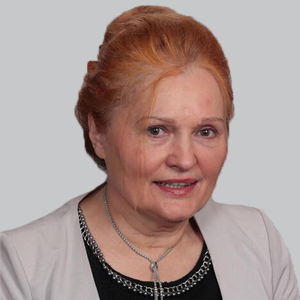 At the 2022 Alzheimer’s Association International Conference (AAIC), July 31 to August 4, in San Diego, California, Garovic presented follow-up research using data from the same cohort. Among 40 women with histories of normotensive pregnancies with 40 age- and parity-matched women with a history of mild (n = 33) or severe (n = 7) preeclampsia, the data showed that those with more severe cases of the hypertensive disorder were found to have elevated markers of neuroinflammation and neurovascular damage, in addition to demonstrating increased amyloid-ß concentration.2

For those with a history of severe preeclampsia, investigators observed a significantly higher concentration of amyloid-ß carrying extracellular vesicles (P = .003) compared with the other groups, including those with milder cases (P = .037). Garovic, chair of the nephrology division at Mayo Clinic, sat down with NeurologyLive® for a new iteration of NeuroVoices to shed light on her work. She discussed the background of the study, the take-home points clinicians should be aware of, and how these findings impact future clinical trials.

NeurologyLive®: Why was doing this research of interest to you?

Vesna Garovic, MD, PhD: Many of my research focus for the past couple of decades is preeclampsia and its long-term consequences. It goes back to one of these sorts of dogmatic views that existed for a number of years that preeclampsia is a condition which is hypertension in pregnancy, upon delivery fully results, and that these women are not at risk for immediate complications, nor at risk for long term complications. That misconception was tested by multiple clinical studies. That initial theme evolved and was proven to be not true.

Not only is preeclampsia not cured by delivery, but there are also long-term consequences of this disease. And it is important because if we say that after delivery, preeclampsia is cured, then we ignore symptoms and signs that these women may develop immediately after delivery that require attention of medical specialties, sometimes even neurology specialists. We’re lucky it's not fatal, but it is not uncommon for a woman to develop postpartum preeclampsia, which presents itself with eclampsia, ie, seizures. The concept that delivery is cure is wrong. Both when it comes to immediate care of these patients, but also been treating long term consequences of this disease.

What were some of the immunologic changes you observed?

I would put it more in the current context of cognitive decline, as eclampsia may be due to some metabolic and vascular changes that may exist after the disease itself. Previously, we have shown that a lot of these abnormalities persist at subclinical levels. In addition to that, we have shown that these women are at risk, not only for cardiovascular disease, including stroke or heart attack, but also at risk for cognitive decline. One of our studies that showed some MRI brain abnormalities in women with confirmed history of preeclampsia. The problem when it comes to research of long-term causes and consequences of preeclampsia is the fact that the disease itself happens in the 20s, but these long-term complications occur at the age of 40, 50, or 60 years old.

There is that lag period, that a lot of things can happen. These women can develop hypertension, they can develop hyperlipidemia, they may be smokers, they may develop early menopause. All of these factors are risk factors not only for cardiovascular disease, but also for cognitive decline. It is important when conducting these studies to control for some of these risks, and make sure make sure that they are not contributing to outcomes that we're observing. With that in mind, in this study, we compared women with a history of preeclampsia to those with a history of normotensive pregnancies only, but we selected only women who did not have any major cardiovascular outcomes, including stroke. These are relatively healthy women in their 60s, who, other than history of preeclampsia, may have history of hypertension, but that's pretty much it. We have shown that in these women, when we look into extracellular vesicles, which are particles that actually are generated by cell membrane, in the blood of these women, they are expressing at a higher rate amyloid beta compared to women with normotensive pregnancies. Only now, knowing its role in in Alzheimer disease, we were amazed by these findings ourselves. We also measured circulating levels of this protein and found significant differences between normotensive pregnancies. We also found some correlation with MRI changes in women among those who have both extracellular vesicles and MRI findings. In our next step, we are going to compare them with their cognitive performance to see if there is not only certain measurable effect in the blood and in MRIs, but also whether it translates into cognitive decline or cognitive differences in between these.

Do your findings change how clinical trials should be conducted?

Absolutely. When it comes to preeclampsia, I think it is going to be important. There are several big cohorts that are following these women longitudinally. The major question is whether this change occurs immediately after preeclampsia, whether it occurs at mid-age, whether it occurs in the postmenopausal period, and what is the interaction between other reproductive recognized risks and preeclampsia. It's really an open and very exciting field, because we know that when it comes to cognitive decline, there are some important sex determinants, and better understanding these reproductive risks and how they contribute to our cognitive decline in women will be very important. Not only that, by maybe identifying some of these markers, so that we can identify those at a particular risk, because not every woman who had preeclampsia will develop cognitive decline. There are going to be greater risks. When it comes to a personal level, who of these women are actually at risk? The field is wide open, and we're providing a small puzzle piece, which we are hoping to expand further to some larger patient cohorts and also to some potentially mechanistic studies to understand the relationship between extracellular vesicles and how it may affect brain structure and function.