At months 6, 9, and 12 of treatment with daridorexant—which was recently FDA-approved for insomnia—patients improved on several sleep measures, including subjective total sleep time and daytime functioning. 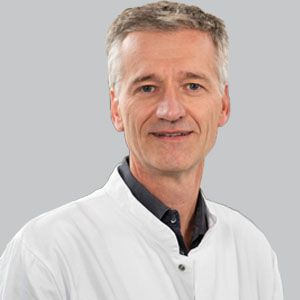 After receiving FDA approval for the treatment of insomnia in adults in January, new data suggest that patients treated with Idorsia’s daridorexant (Quviviq), continued to show improvements of night-time and daytime symptoms after 1 year of treatment, with no evidence of tolerance or dependency.1

Daridorexant, a dual orexin receptor antagonist, resulted in a similar incidence of treatment-emergent adverse events (TEAEs) across groups (35-40%), most of which were mild or moderate in severity, with no dose-dependent pattern observed as well. Nasopharyngitis was the most common TEAE reported in daridorexant-treated patients. This patient group also showed a low incidence of serious TEAEs (<5.5%).

There were 2 deaths recorded in the extension, both cardiovascular-related and not deemed related to treatment. Investigators also recorded AEs of special interest (AESIs), which included symptoms related to excessive daytime sleepiness or complex sleep behaviors, suicidal ideation/self-injury. There were 2 nonserious AESIs of somnolence (25 mg) and abnormal dreams (50 mg) were reported with daridorexant and 1 serious AESI of suicidal ideation with placebo.

Fifteen patients on daridorexant reported accidental overdose, all incidences of which were asymptomatic. Somnolence was reported in 7 patients receiving daridorexant, all of which were nonserious. Kunz et al did not find any evidence of withdrawal-related symptoms or rebound after treatment discontinuation.

After receiving approval from the FDA, Idorsia noted that it expects the drug to be available in May 2022. The basis for the decision came from a robust clinical program that included 1854 adults across 160 clinical trial sites. In those studies, treatment with 25-mg and 50-mg daridorexant resulted in greater improved outcomes of sleep onset and sleep maintenance relative to placebo.2

Daridorexant, designed to block the wake-promoting neuropeptides orexins, also showed statistically significant improvements in sleep and daytime functioning, as measured by the Insomnia Daytime Symptoms and Impacts Questionnaire, while keeping a favorable and safe profile.

Following daridorexant’s FDA approval, NeurologyLive® hosted a special podcast episode featuring Thomas Roth, PhD, director, Sleep Disorders and Research Center, Henry Ford Hospital; professor of psychiatry, Wayne State University School of Medicine; and clinical professor of psychiatry, University of Michigan College of Medicine. Listen in below as Roth, who was an investigator in the clinical development studies of the newly approved Idorsia therapy, offered insight into the known efficacy and safety profiles, as well as some context to its potential impact on the therapeutic landscape of insomnia.