Nilotinib Shows No Beneficial Effect in Patients with Parkinson

Researchers from Northwestern University found nilotinib had an acceptable safety profile, but lacked efficacy that would encourage further study in patients with Parkinson disease. 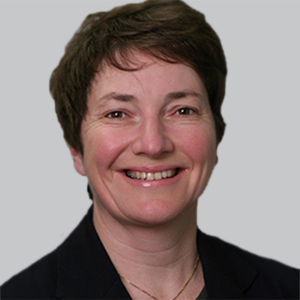 Patients treated with 150 mg and 300 mg of nilotinib exhibited significantly worse Movement Disorder Society Unified Parkinson’s Disease Rating Scale (MDS-UPDRS III) ON scores when compared to patients treated with placebo (P <.01 for 300 mg). No difference was seen in the change of MDS-UPDRS III OFF scores from baseline to 6 months between the placebo and nilotinib groups (P = .17). As well, the concentration of nilotinib in cerebrospinal fluid (CSF) ranged from 0.2% to 0.3% with no observed change in dopamine metabolites.1

Tanya Simuni, MD, director, Parkinson's Disease and Movement Disorders Center, and chief, Movement Disorders, Department of Neurology, Northwestern University Feinberg School of Medicine, and colleagues wrote that “these results do not refute the hypothesis that c-Abl inhibition is a potentially important therapeutic target for PD disease modification interventions. Indeed, there are a number of novel molecules targeting c-Abl pathway in development that have a better therapeutic profile. While results of these studies are highly anticipated, ideally, next-generation studies will select participants based on the demonstration of susceptibility to the targeted mechanism of action, which will require further biomarker development.”

In the placebo group, 21 (84%) of patients completed the study, as compared to 19 (76%) of the 150-mg group and 30 (77%) of the 300-mg group. Both active doses had acceptable safety profiles and patients mostly suspended treatment due to dose-dependent elevations of amylase and/or lipase.

Both MDS-UPDRS Part III ON and OFF score changes demonstrated “futility” from previously observed symptomatic effects, with patients treated with 300 mg of nilotinib actually exhibiting significantly worse motor scores in the medication ON-state.

"While we demonstrated acceptable safety and tolerability of nilotinib in our cohort, the low CSF exposure and lack of biomarkers effects combined with the efficacy data trending in the negative direction led us to conclude that nilotinib is not suitable for further testing in PD,” Simuni and colleagues concluded.

In July 2020, data from a phase 2 randomized, double-blind, placebo-controlled study (NCT02947893) of individuals with mild-to-moderate dementia due to Alzheimer disease (AD) revealed that treatment with the therapy was safe and well-tolerated while also achieving pharmacologically relevant brain concentrations. That study, presented virtually at the Alzheimer’s Association International Conference (AAIC) 2020 annual meeting, included 37 individuals, 27 of which were women (73%), with a mean age of 70.7 (standard deviation [SD], 6.48) years.2

The FDA previously approved nilotinib under the brand name Tasinga for adult and pediatric patients with Philadelphia chromosome-positive chronic myeloid leukemia.3 Several studies suggested that the agent degrades alpha-synuclein and tau in animal models of neurodegeneration, hence the interest in its impact on dopamine metabolism and potential to treating motor and nonmotor symptoms.