Noninvasive Neuromodulation for Essential Tremor: An Important Tool for Maintaining Independence at Home

Noninvasive neuromodulation with TAPS is a safe and effective tool that offers particular utility in the age of COVID-19 when other treatment options may be less accessible. 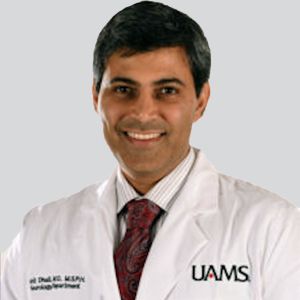 Essential Tremor (ET) is the most common adult movement disorder and affects over 7 million people in the United States and about 70 million people worldwide.1,2 ET is characterized by uncontrollable shaking or "tremors" in upper the extremities and is usually bilateral, although it can also affect other parts of the body and can be asymmetric. Although ET is not a degenerative disease, it impacts the ability to engage in activities of daily living for about 25% of patients with the condition; about 5% of patients have severe tremor that prohibits them from engaging at all in many activities.3 Most of the morbidity associated with ET is due to tremor in patients’ hands, which interferes with activities of daily living such as eating, shaving, or using tools or implements, and may also inhibit occupational functions. In addition to their physical symptoms, patients with ET also have higher rates of anxiety, depression, and alcohol use compared with individuals who don’t have ET.

The Etiology of ET

ET is likely not a single disorder, as it presents with multiple distinct phenotypes. Some patients are diagnosed at a young age and have tremors that progress very slowly to become more severe over time, while others experience onset of tremor in late life. Significantly, the pathophysiology of ET remains unclear, which has posed a challenge to developing therapeutics that can address the underlying physiologic cause of the disease.

While an earlier hypothesis posited that ET is due to cerebellar dysfunction4 mediated through a reduction in the integrity or number of cerebellar purkinje neurons, this theory has more recently been contested. In general, the structure and ultrastructure of the cerebellum in patients with ET may be indistinguishable from those of patients without the condition. More recent studies5 suggest that ET may be due to changes in the synaptic connectivity of olivary climbing fibers, which project to the cerebellar purkinje neurons and provide sensory input about where a body part, such as a hand, is positioned in three-dimensional space. New advances in neuropathology, like the ones that enable improved evaluation of synaptic connectivity, may help to elucidate the underlying cause/s of ET.

Because ET is not a degenerative disease, many patients with ET may not seek care and some physicians who see patients with known ET do not prescribe treatment, even when there is a tremor-related disability. Insurance claims data suggest that neurologists diagnose less than half of ET cases (~50% of patients under the age of 65 years and ~30% of patients 65 years of age or older). Primary care physicians may be unaware of both ET as a defined condition and the availability of various treatment options. Even physicians who are aware of the condition and potential therapies may discount the severity of ET and/or fail to appreciate how treatment could improve a patient’s life. Consequently, many patients who seek specialist care at a movement disorder clinic do so because they have more profound disability or present for evaluation because they suspect they may have Parkinson disease or another movement disorder.

There are also barriers to access due to the availability of specialists with expertise in ET care. For example, there are only 4 Movement Disorder Specialists in the entire state of Arkansas (population of 3 million). In this setting and many other states, patients who live in remote areas may have difficulty in accessing specialists due to limited availability of specialist appointments, travel constraints, and a potential lack of awareness that specialized care exists.

A lack of consistent and uniform education strategy is also a significant barrier to helping patients know when to seek care and for ensuring that ET and its potential therapies are understood throughout the broader medical community. In addition to the general lack of awareness of ET as a defined diagnosis in both the patient and physician communities, these critical constituencies may not know about centers of excellence that offer the resources that enable optimum care. Unlike the Michael J .Fox Foundation, which provides significant support and research investment to the Parkinson disease community and has had tremendous success in increasing the visibility of Parkinson disease as a significant condition, the International Essential Tremor Foundation plays a relatively minor role in supporting ET research, and given the scope of the challenge, have had limited influence in coordinating patient outreach or awareness of the condition, its treatment options, or the benefit that patients may gain from therapy.

In the absence of a clear understanding of ET pathophysiology, most available therapies have been identified serendipitously. Antiepileptic medications and b-blockers, (i.e. propranolol) are effective in about 60% of patients and can reduce tremor amplitude by up to 50%.6 However, a subset of patients who initially respond to these therapies become refractory to treatment, even with increasing doses. Patients who fail to respond or become refractory to these treatments have few pharmacologic options.

The use of nonpharmacologic measures, including weighted utensils and wristbands as well as compression sleeves worn on the arm(s), can help to reduce the amplitude of tremors. More technologically advanced versions of nonpharmacologic therapies include utensils and implements with gyroscopic-based stabilizers that compensate for tremors, as well as gloves that use gyroscope-like mechanisms to stabilize the hand.

Patients who don’t respond to pharmacotherapy or nonpharmacologic interventions may opt for surgical procedures. These include thalamotomy (surgery performed through various means to damage the VIM nucleus of the thalamus that is associated with propagating tremor in ET), and deep brain stimulation (DBS), which has become the preferred therapy for severe ET. However, these procedures have several limitations, including risk of infection as well as hardware-related issues including breakage of wires and failure of batteries. Less invasive procedures, such as focused ultrasound (FUS) or radiation-based stereotactic surgery (SRS), may also be used to ablate the VIM nucleus of thalamus. As with surgical lesioning approaches, the risks and benefits of FUS and SRS are directly related to the size of the lesion produced, as lesions that are too small may not be effective while those that are too large may have undesired adverse effects like weakness of the opposite side of the body and changes in speech or behavior.

Despite their limitations, DBS, FUS, and SRS procedures are a mainstay of therapy for patients with medication-refractory ET. However, these approaches are underutilized due to low levels of both seeking and access to care among patients with ET, as well as patients’ fear of brain surgical procedures.

Noninvasive neuromodulation approaches, such as Cala Trio, are an important new tool that enables patients with ET to manage their tremors without drugs or brain procedures. Noninvasive transcutaneous afferent patterned stimulation (TAPS), which the FDA initially approved in April 2018, uses a wrist-worn neuromodulation device for symptomatic relief from hand tremor. Unlike weighted wristbands, which are designed to counter the motion resulting from tremors, the wristband used in TAPS is calibrated targeting each patient’s individual tremor frequency. The wristband contains electrodes that are positioned over the median and radial sensory nerves of the dominant hand, with a counter-electrode positioned on the dorsal surface of the wrist. Each patient’s tremor frequency is captured from a 20-second postural hold, and peak tremor frequency is determined onboard the device and used to determine a patient-specific stimulation pattern.

The benefits of TAPS has been demonstrated in a randomized controlled trial conducted in 77 adults with ET who received TAPS (n = 40) or sham stimulation (n = 37).7 This study found that patients receiving TAPS had a significantly greater improvement in upper limb tremors compared with those receiving sham stimulation, as assessed by the Tremor Research Group Essential Tremor Rating Assessment Scale (TETRAS) (P = .017). Additionally, subject-rated improvements in activities of daily living were significantly greater in the treatment group (49% reduction) compared with the sham group (27% reduction, P = .001). A greater number of patients reported improvements in clinical global-impression-improvement (CGI-I) in the treatment group (88%) than the sham group (62%, P = .019). Importantly, these benefits were achieved with no significant adverse events reported and mild adverse events reported in only 3% of subjects.

The clinical utility of TAPS is also supported by data from a prospective, open-label clinical trial (NCT03597100) conducted in 263 adults with ET who used the device on their dominant hand at home for 40-minute stimulation sessions twice daily.8,9 This study found that post-stimulation tremor ratings after 3 months of therapy were significantly better than pre-stimulation tremor ratings (P <.0001). Additionally, self-reported tremor severity improved with therapy, with 62% to 68% of patients initially rated moderate or severe at baseline improving to slight or mild post-stimulation. Tremor power was also reduced, with 92% of patients showing improvement in tremor power and 54% showing a >2-fold improvement in tremor power. In this study, device-related adverse events, including wrist discomfort, skin irritation, and skin burn, occurred in 18% of patients, with no device-related serious adverse events. Importantly, 85% of patients in the study found the device convenient and easy to use and 64% reported persistent tremor relief lasting an average of 96.7 minutes after a stimulation session. Peer-reviewed publication of the data is pending.

A growing body of clinical evidence supports TAPS as a safe and effective option for all ET patients experiencing hand tremors, not just patients who have tried medication and did not see improvement.6-8 Importantly, TAPS has few side effects and no drug-to-drug interactions,10 and many patients report that the lack of drug interactions and side effects is the reason they prefer neuromodulation rather than pharmacologic interventions for managing their tremors. Despite these benefits, the lack of provider and patient awareness remains a major barrier to the adoption of TAPS, as do challenges with reimbursement that are common for novel therapies.

Noninvasive neuromodulation is an especially attractive option in the setting of the current COVID-19 pandemic because it offers fully remote (noncontact) prescribing and delivery. A physician can prescribe the device after a telemedicine appointment and electronically submit the order, and the therapeutic device is shipped directly to the patient’s home. Patient-specific device calibration can be done remotely via phone or video with a trained technician, and follow-up care can be delivered via telemedicine visits with the patient’s primary care or specialist physician.

Noninvasive neuromodulation with TAPS is a safe and effective tool that allows patients with ET to manage their tremors at home. While it offers potential benefits to all patients with symptomatic ET, it has particular utility in the age of COVID-19 when other treatment options may be less accessible. Physicians who treat patients with ET would benefit their patients by becoming familiar with TAPS and educating appropriate patients about its availability as a treatment option.

1. Louis ED and Ottman R. How many people in the USA have essential tremor? deriving a population estimate based on epidemiological data. Tremor Other Hyperkinet Mov. 2014;4:259.

2. Louis ED, Ferreira JJ. How common is the most common adult movement disorder? Update on the worldwide prevalence of essential tremor. Mov Disord. 2010;25(5):534-41.

4. Bareš M, Husárová I, Lungu OV. Essential tremor, the cerebellum, and motor timing: towards integrating them into one complex entity. Tremor Other Hyperkinet Mov (N Y). 2012;2.