One-year data from the single-arm phase 3b CONSONANCE trial (NCT03523858) suggest that the Genentech agent (Ocrevus) resulted in low levels of disease activity and improved cognitive performance in those with secondary and primary progressive multiple sclerosis. 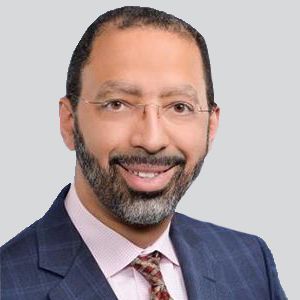 New 1-year interim data from the single-arm phase 3b CONSONANCE trial (NCT03523858) of ocrelizumab (Ocrevus; Genentech) in patients with progressive multiple sclerosis (MS) suggest that the therapy is associated with stabilized and improved cognitive function in the majority of patients while maintaining low levels of both disease activity and progression.1,2

The trial includes patients with both primary (PPMS; n = 325) and secondary progressive multiple sclerosis (SPMS; n = 304), in which they received ocrelizumab 600 mg every 24 weeks for up to 4 years. The overall cohort’s mean age was 48.5 years (52.3% female). Highlighted in a set of presentations at the 2022 American Academy of Neurology (AAN) annual meeting, April 2-7, in Seattle, Washington, during the in-person portion of the meeting, the full data are expected to be presented in the virtual portion, April 24-26.3

“We continue to work on closing treatment gaps for all people impacted by MS, as everyone living with this neurodegenerative condition experiences disease progression from the start. For people with progressive forms of MS and in some Black and Hispanic subpopulations, the disease may progress faster,” Levi Garraway, MD, PhD, chief medical officer, and head of Global Product Development, Genentech, said in a statement.3 “We are encouraged by the low levels of disability progression and cognitive decline in Ocrevus-treated patients seen across the complete spectrum of progressive MS for the first time, since SPMS and PPMS often bring a substantial quality of life burden.”

The investigators, including by Ralph H. Benedict, PhD, professor, Department of Neurology, Jacobs School of Medicine & Biomedical Sciences, noted that the effectiveness and safety data were similar for patients in both MS subgroups, with consistent outcomes to what was observed in the phase 3 trial ORATORIO trial (NCT01194570). Longer-term treatment in the CONSONANCE trial is still ongoing, with a target enrollment of 900 patients with PPMS or SPMS across 26 countries.3

The efficacy data, reported by Giancarlo Comi, MD, chairman, Department of Clinical Neurophysiology, and director, Institute of Experimental Neurology, Scientific Institute San Raffaele, and colleagues, showed that in this population of 629 patients, 74.9% of patients (457 of 610; SPMS, 78.2%; PPMS, 71.3%)) showed no evidence of disease progression, and 58.7% (361 of 615; SPMS, 58.9%; PPMS, 58.4%) showed no evidence of progression or active disease—defined as no evidence of progression plus lack of protocol-defined relapses, new or enlarging T2 lesions, or T1 gadolinium-enhancing lesions.2

Comi et al noted in their abstract that “progression was mostly driven by 25FWT (16.1%), and activity by new or enlarging-T2 lesions (19.3%, detected almost exclusively in the first 6 months).”

Genentech noted in a statement along with these data that a recent analysis of commercial claims showed that only 30% of non-Hispanic Black and 20% of Hispanic patients with MS initiated any high-efficacy DMTs, in comparison with 39% of non-Hispanic White patients in the first 2 years after diagnosis. The company stated that “these insights further support Genentech’s phase 4 ‘Characterization of ocrelizumab in Minorities with Multiple Sclerosis’ (CHIMES) trial in Black/African-American and Hispanic/Latino patients with relapsing MS.”

In 2021, at the time of its initiation, NeurologyLive® spoke with Mitzi Joi Williams, MD, board-certified neurology and multiple sclerosis specialist, and founder and CEO, Joi Life Wellness Group Multiple Sclerosis Center, about the CHIMES trial (NCT04377555) and the measures being evaluated, which include assessing different biomarkers, including blood biomarkers, that have not been largely studied in these patient populations with MS. Watch her offer her insight on the trial below.