Investigators suggest recognition of predictors can aid in directing future clinical trials, as well as inform early therapeutic decisions in this patient population. 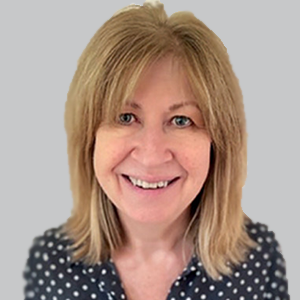 The median disease duration for the cohort was 79 months, with 34.3% of patients reporting permanent visual disability, 20.7% with an Expanded Disability Status Score (EDSS) score of 4, and 25.8% with cognitive impairment at that time. Non-Asian children were the more likely to reach the EDSS score of 4 considerably earlier (P = .054), investigators noted. It was also found that cerebral syndrome (CS) presentations predicted cognitive impairment (P = .048), more so if a patient was resistant to steroids (P = .034).

When considering association with race, it was found that visual disability (P = .032) and optic neuritis presentations (P = .002) were associated with White participants. Additionally, White patients were found to have a younger age of disease onset when compared to other races (P = .008), while Black patients were older (P = .025). Black patients were also the most likely to be refractory to intravenous methylprednisolone and require acute second-line therapies (P = .018).

Included patients were likely to present area postrema and/or brainstem syndrome (48.9%; n = 24), as well as unilateral or bilateral optic neuritis (47%; n = 23), CS (28.6%; n = 14), and transverse myelitis (24.5%; n =12). Of immunosuppressants, rituximab was found to be the superior first-line therapy, when compared to azathioprine and mycophenolate mofetil, as it had less discontinuations and none of the 6 patients taking rituximab had relapses over a median follow-up period of 4.5 years.

The study was limited as AQP4-IgG NMOSD is a rare disease and thus there was a low number of observations made. A bigger sample of patients with AQP4-IgG NMOSD should be studied in a larger prospective study, performing a multivariate analysis with multiple comparison correction. The study also had a longer follow-up period, introducing the potential for variability in treatment approaches, depending on when patients began presenting.

“With improved predictive data in pediatric AQP4-IgG NMOSD, clinical trial powering can be more accurately calculated, and individualized monitoring, support, and treatment regimens can be offered with the aim of improving outcomes in children,” Palace et al wrote.