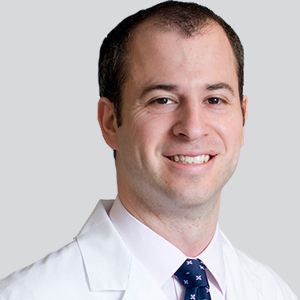 Amyotrophic lateral sclerosis (ALS), a progressive neurodegenerative disease of the motor nervous system, has historically demonstrated cortical and spinal motor neuron hyperexcitability using transcranial stimulation and threshold tracking nerve conduction studies. Ezogabine, once FDA-approved adjunctive therapy for partial-onset seizures, was used in a recently published phase 2 study of patients with ALS and found to decrease this hyperexcitability, suggesting that such neurophysiological metrics may be used as pharmacodynamic biomarkers in future studies (FIGURE).

The path of ezogabine to the clinical trial setting is unique. The epilepsy treatment was initially discovered using a stem cell model and showed that it could effectively quell overactive motor neurons in fish. Because the drug was already FDA approved, it was able to bypass the mouse studies that typically precede clinical trials and instead move quickly to patient use.

Brian Wainger, MD, PhD, assistant professor, neurology and anesthesiology, Harvard Medical School, and physician-scientist and principal investigator, Sean M. Healey and AMG Center for ALS, Massachusetts General Hospital, feels as though repurposing drugs could potentially hold a significant role in understanding more about the disease course. In the second part of this interview with NeurologyLive, he discussed the future of ezogabine and the need for utilizing untapped pathways to further understand ALS.

NeurologyLive: Do you have plans for ezogabine in future ALS trials? Or do you believe this was just the start of looking into more MN excitability?

Brian Wainger, MD, PhD: There may have been an expectation from people looking at this study and thinking there might be an effect on survival or functional ALS rating scales. The study included a 4-week dose-escalation period, but the main outcome was an average of 6 to 8 weeks. On average, there was somewhere between 2 to 4 weeks of treatment. We followed this timeline to make sure that something wasn’t going grossly wrong. 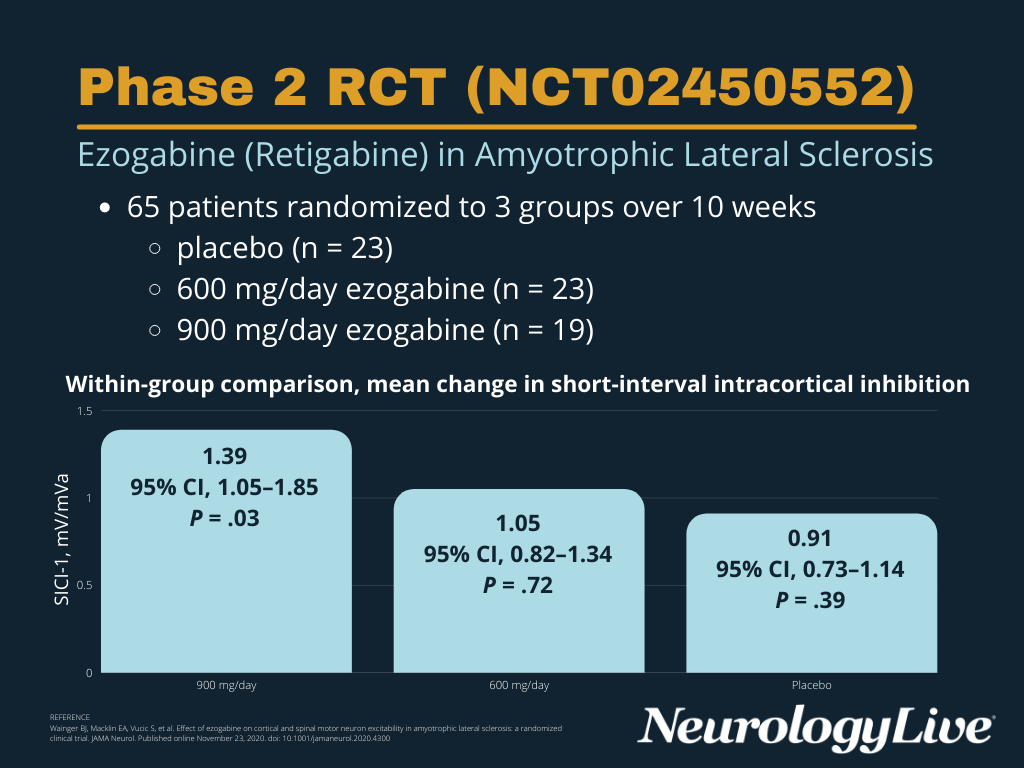 There was not an expectation of increasing the or preserving ALS functional rating scale with that duration of treatment. Studies that have shown that have looked at treatments for at least 6 months, in larger subgroups of patients too. We weren’t disappointed in not seeing an effect on survival. In terms of the next steps, the drug has a lot of adverse effects. It has had a lot of adverse effects within its epilepsy studies. Maybe that was due to it being in conjunction with other anti-epileptic medications, but we found that the adverse effect profile in our study was very similar to other epilepsy studies. For that reason, we think it might not be the best choice to move forward with.

It is more likely that this is a proof-of-mechanism for openers of this particular family of potassium channels or potassium channels in general. I’m hoping that it helps set this paradigm for reversing repurposed drugs quickly from stem cell work to patients and having confidence that the stem cells models can be predictive in patients. That’s a big value. There will be study drugs that look at excitability and other outcomes while using some of the neurophysiological tasks that we used in our study.

There’s a substantial amount of work and ongoing clinical trials of cell-based therapies from stem cells where people are taking stem cells and neural precursors and trying to direct their differentiation into some cell types and then inject those cells. There are efforts for that in ALS and other diseases. It is maybe most notable in diseases such as Parkinson disease, where there’s a focused loss of a particular neuronal subtype. This is the first example of seeing the stem cell model from a repurposed drug reveal targets and mechanisms like that.

What are the greatest unmet needs within the ALS community right now?

That’s tough to tell. There’s this constellation of symptoms, from weakness to secretions, to speech, to nutrition. Each 1 of those poses its own challenge. Then there’s sort of this greater constellation of treating people, maintaining hope, and preserving energy and motivation. I don’t particularly have a good answer that encompasses everything right now.

Is there anything else you’d like to mention about your study?

There’s a balance between finding the perfect target, perfect drug, and putting that into patients. That is sort of a $2 billion, 10- to 15-year proposition. The other extreme is let’s see what we have and use the best stuff we have. In this case, we were able to get the publication of this basic science paper within 2 years. The fact that the rapid repurposing, at least on the pharmacodynamic level, can work is really exciting.

When discussing hope within ALS and other neurodegenerative disorders, it’s just a powerful time for biology, where you have this intersection of statistically robust results in a way that has been absent from biology for many years. There is validation in other systems, validation by other groups, and unbiased analyses. You have tools, like gene therapy, antisense oligonucleotides, stem cells, and even CRISPR. You can start, in an unbiased way, and be more confident about your findings.

The other critical contributions, mainly from pharma and biotech, that have been used for drug screening and other high content imaging, are becoming more accessible. There are lots of academic cores or academic labs that have these now. Finally, there’s increased access to larger-scale libraries. This includes compound libraries, CRISPR, and inhibitory or activator libraries. All of a sudden, there are more powerful tools in the hands of more people. Some of these tools are things that can be adapted and brought into the clinic setting quickly. Overall, it’s an exciting time for transitional medicine in neuroscience and degenerative diseases in particular.