PAP Therapy Adherence Rates Lower In Latin America Than US

Investigators also studied how use of a patient engagement tool influenced adherence rates to PAP. 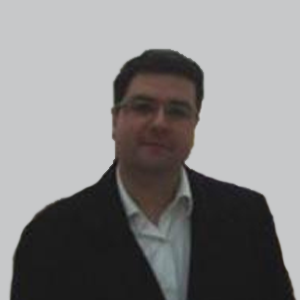 Data from a recent study that investigated positive airway pressure (PAP) therapy adherence in patients with obstructive sleep apnea (OSA) in developing and developed countries suggest that short-term and long-term adherence rates were slightly lower, but similar, in Brazil and Mexico than the United States.

“Assessment of PAP therapy usage is complicated to some extent by differences in health care delivery and economics as they relate to the treatment of OSA,” wrote first author Luciano Drager, MD, PhD, associate professor, University of Sao Paolo, and colleagues “In the United States, diagnostic sleep testing and therapy is covered for some patients... in Brazil, there is minimal coverage... in contrast, surgical therapy for OSA is often covered in Brazil, which may favor this therapeutic approach based on economic pressures,” they continued. 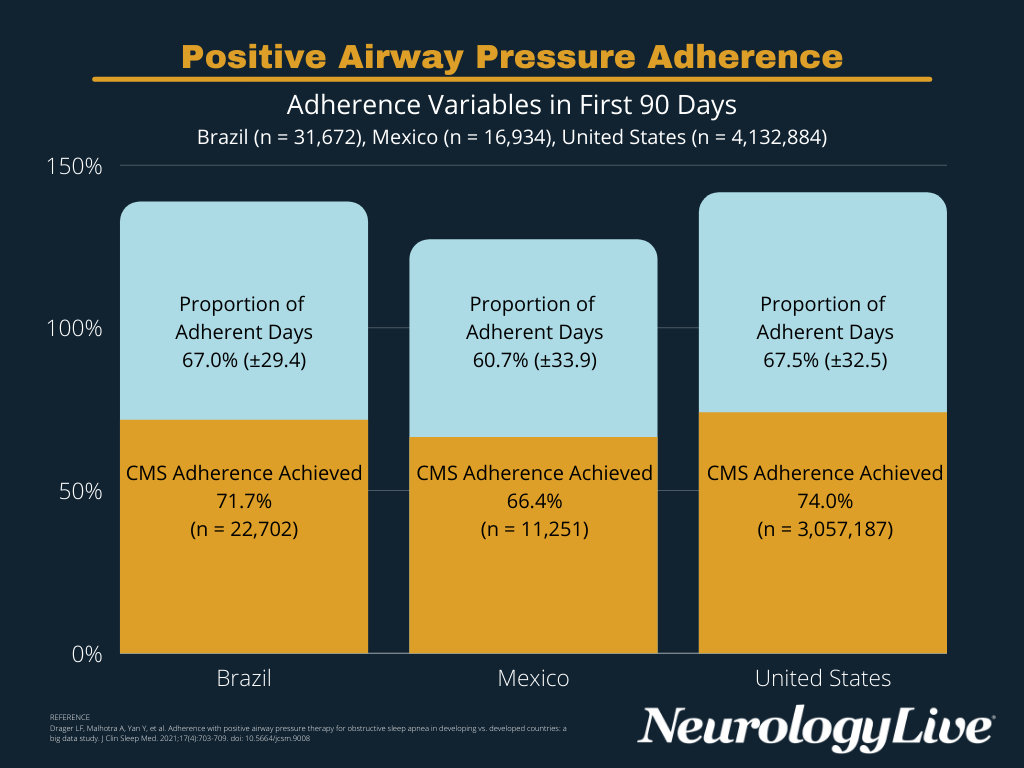 A lower proportion of patients registered to use the myAir patient engagement tool in Brazil (8.1%) and Mexico (2.8%) than in the US (26%; both P <.001). Patients who had access to the myAir tool had consistently higher rates of CMS adherence at 90 days than those who did not. Use of the engagement tool was associated with a greater than 2-fold increase in the probability of achieving CMS adherence.

Across all countries, but especially in the US, lowest CMS adherence rates were seen in younger adults. The researchers also found that with multivariate analysis, the strongest predictors of CMS adherence at 90 days were average daily usage and days with PAP usage of at least 4 hours, particularly during the first week of therapy. Other significant predictors were residual AHI, mask leak, and inspiratory PAP. In patients who achieved CMS adherence criteria at 90 days, 83.0% in Brazil, 82.1% in Mexico, and 81.1% in the US were continuing therapy at 1 year, and 1-year adherence rates were at least 75%.

“Although some between-country differences were evident, 90-day PAP adherence in Brazil and Mexico in our patient sample was close to that achieved in the United States. Based on our findings, the best way to ensure long-term adherence to PAP would be to optimize therapy in the first week. Support programs that enable patients to track their PAP therapy appear to be beneficial in all the countries studied and should be further investigated and utilized,” Drager and colleagues wrote.

“Additional research on adherence rates and the effect of telemonitoring interventions across different countries with different economic status and health care systems is needed to clarify further the widespread applicability of PAP therapy and telemedicine solutions in patients with OSA and to inform approaches for optimizing treatment,” they concluded.