Protalix BioTherapeutics intends to report final data on the agent, also known as PRX-102 in the second half of 2021, as well as present those findings at an appropriate medical conference. 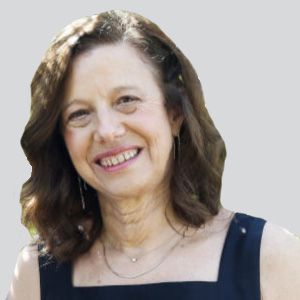 Protalix BioTherapeutics and Chiesi Global Rare Diseases announced the publication of the phase 3 BRIGHT clinical trial (NCT03180840) that evaluated the efficacy of pegunigalsidase alfa, also known as PRX-102, in adults with Fabry disease. All told, 2 mg/kg of PRX-102 administered by intravenous infusion every 4 weeks was found to be well-tolerated among treated patients, and stable clinical presentation was maintained in patients with the disease.1

The 12-month open-label, switch-over BRIGHT study included 30 patients with Fabry disease previously treated with a commercially available enzyme replacement therapy (ERT) such as agalsidase alfa or agalsidase beta for at least 3 years prior and were on a stable dose administered every 2 weeks.

After receiving treatment with pegunigalsidase alfa 2 mg/kg every 4 weeks, no patients developed treatment-induced anti-drug antibodies (ADA). No Fabry clinical events were reported during the study either.

"The results indicate that this investigational therapy is well tolerated and potentially an effective treatment for adult patients living with Fabry disease," Einat Brill Almon, PhD, senior vice president and chief development officer, Protalix, said in a statement. "We are encouraged to see that all of the patients who completed this study chose to enroll in the long-term extension study. Currently, 80% of the patients enrolled in the BRIGHT study have been treated with this treatment regimen for over 2 years. We look forward to advancing this study and further evaluating the results."

Researchers also found that patient perception of their own health remained high and stable throughout the study duration. This was indicated by a survey using the Quality of Life EQ-5D-5L questionnaire, with overall health mean scores of 78.3 (±3.1) and 82.1 (±2.9) at baseline and week 52, respectively, on a 0 to 100 scale.

Using the short-form Brief Pain Inventory (BPI) questionnaire, approximately 75% of study participants had an improvement or no change in average pain severity at week 52, as compared to baseline. These results remained stable throughout the study, and pain-related results showed no increase and/or relapse in pain.

The most common Fabry disease symptoms observed were acroparesthesia, heat tolerance, angiokeratomas, and hypohydrosis. Each patient received at least 1 dose of pegunigalsidase alfa, 29 of which completed the 12-month stud. Of these 29 patients, 28 received the intended regimen of 2 mg/kg every 4 weeks throughout the study, while 1 patient was switched to pegunigalsidase alfa 1 mg/kg every 2 weeks per protocol.

"These results demonstrate the potential of PRX-102 to be an important treatment option for the Fabry community and that the 2 mg/kg of PRX-102 every four weeks regimen may offer meaningful benefits to both patients and physicians. Treating physicians will be empowered with a potential additional treatment regimen, shown to be well tolerated, that they can offer to Fabry patients, pending approval of PRX-102,” Dror Bashan, president and chief executive officer, Protalix, said in a statement.

The treatment received fast track designation in 2018 and continued to make headlines in August 2020 when the company announced that the FDA has accepted its biologics license application (BLA).2 At the time, the company announced a prescription drug user fee act (PDUFA) date for January 27, 2021, but in November, the FDA extended the action date by 3 months to April 27, 2021.3