At the 2-year time point, more than 40% of preadolescent and approximately 55% of adolescent patients retained treatment with perampanel after initiation during routine clinical care. 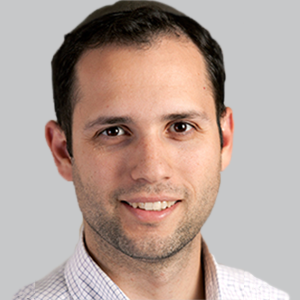 Newly published interim analyses from the phase 4, retrospective PROVE study (NCT03208660) showed that daily oral doses of perampanel (Fycompa; Eisai), an antiseizure medication (ASM) for focal seizures, was generally well-tolerated in real-world settings, with favorable retention rates for at 2 years in children and adolescents with epilepsy.

Investigators reported on specific subgroups of preadolescent (aged 1 to <12 years) and adolescent (aged 12 to <18 years) patients with epilepsy who had been treated with perampanel in routine clinical care. The primary end point was the retention rate, assessed at 3-, 6-, 12-, 18-, and 24-month time points after initiating treatment. Those who stopped and restarted perampanel had analyses based on the total time on treatment.

The study was conducted between April 10, 2017, and April 1, 2019, and was led by Eric Segal, MD, director, Pediatric Epilepsy, HMN Hackensack University Medical Center. Of 1121 patients enrolled in the overall interim population, 151 patients were preadolescent and 183 were adolescents. All patients received perampanel as an adjunctive therapy, except for 3 (2.0%) preadolescent patients who received it as monotherapy.

READ MORE: Winning Together With the Community of Women in Neurology

"Notably, recruitment to PROVE occurred after patients had initiated treatment on perampanel and, therefore, participation did not affect the clinical decision to start perampanel treatment. PROVE also recorded real-world use of perampanel over a time period during which several expansions were made to the approved indications, including adjunctive use for GTC seizures in patients aged ≥12 years and as monotherapy for the treatment of focal seizures with/without FBTC seizures in patients aged ≥12 years,” the study authors wrote.

Perampanel, originally approved in 2012 as an adjunctive therapy for partial-onset seizures (POS), has had real-world retention evaluated before. Data from PERMIT, a pooled analyses of 44 real-world studies and work groups that included more than 5000 patients on the drug, confirmed perampanel’s high retention rate. At the 12-month mark, more than 64% of patients in that analysis had remained on perampanel, with an overall mean retention time of 10.8 months.2

In 2017, perampanel received a monotherapy indication for POS with or without secondary generalized seizures in those with epilepsy 12 years of age and older. The FDA then expanded the indication of perampanel for monotherapy and adjunctive use in pediatric patients 4 years of age and older for the treatment of POS with or without SGS in September 2018.